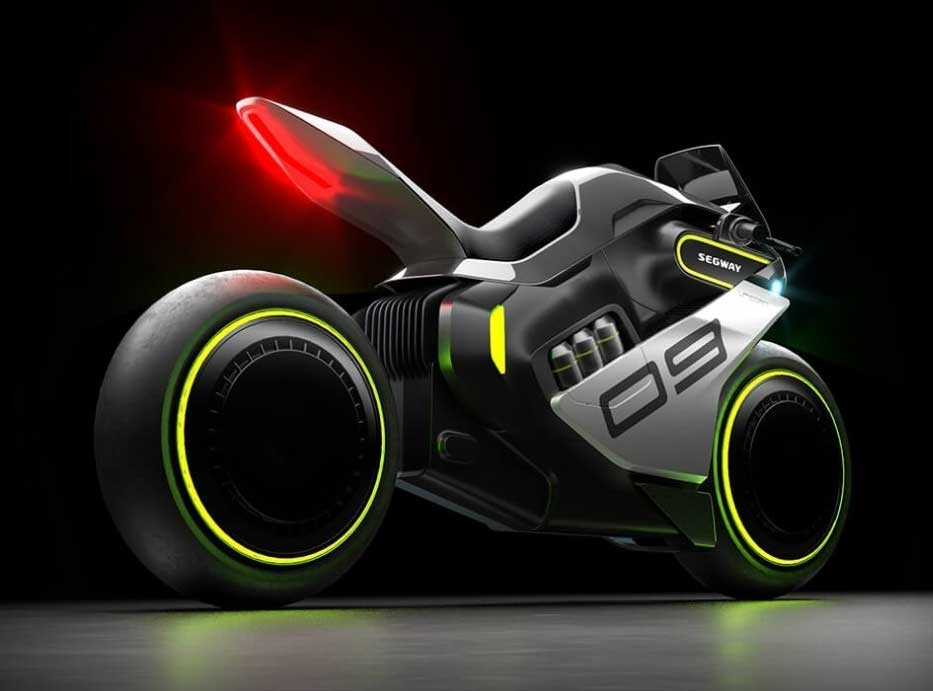 Looking straight out of the “Tron” movie, a new electric motorcycle called Apex H2, a two-wheeler packed with neon lights and powered by hydrogen fuel cells, was shown this week by Segway’s Chinese parent company Ninebot.

Presented as a continuation of the Segway Apex that was presented a while back, the Chinese company hopes to turn the H2 into a unique product in a few years’ time.

So, what are the features of Apex H2?

First, we have a redesigned frame compared to what we were already shown, only it adds hydrogen power to the mix. More to the point, the bike should get its juice from hydrogen cylinders, which will probably be swappable and refillable. For now, not many details on these are available, given how the product is still in its early stages.

Said to be priced at approximately $10,700, the innovative motorcycle is not exactly a low-cost two-wheeled vehicle. However, considering what it promises to put on the table, it could become a strong competitor on the market. This new hybrid motorcycle is scheduled to come out in 2023.

Even though the Segway Apex is still some years away, Segway’s legacy lives on. Its latest products are e-scooters, hoverboards, and other devices that act as an extension of the human body. The company presented in 2020 the Segway S-Pod, a self-balancing chair for urban transport operated by an intuitive assistive navigation panel. It is also developing electric ATVs and dirt e-bikes.

In 2015 Segway was purchased by the Chinese competitor Ninebot, a company that raised no less than $80 million from investors like Xiaomi.