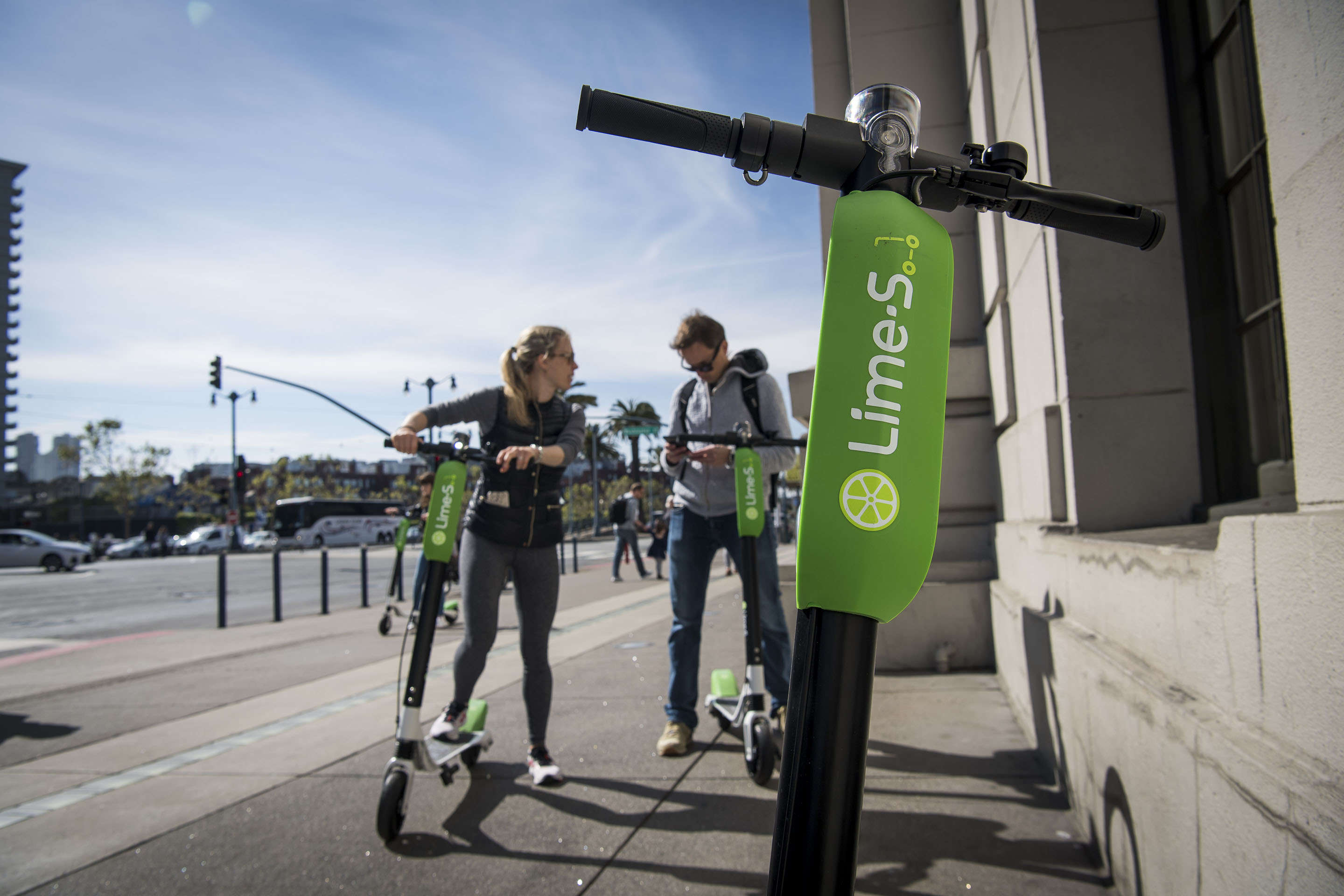 PARIS: If you’re spending time in Paris this summer and decide to check out one of the 20,000 electric scooters buzzing along its boulevards, you might want to be careful how you ride and where you end up parking.

Over the past year the city has become awash with the zippy two-wheelers, with 12 start-ups offering the chance to download an app and dash across the Seine for not much more than the cost of a metro ticket.

But the scooters’ popularity, and the relative lack of rules around their use, has prompted City Hall to impose overdue restrictions, with fines for driving them on the pavement or parking them in doorways, crosswalks and other busy places.

After two deaths and scores of injuries, residents have become increasingly vocal against the scooters, which are expected to number up to 40,000 by the end of this year.

From July 1, a spot fine of 35 euros ($40) will be levied on bad parking, while those caught on the sidewalk will be hit with a 135-euro penalty. A speed limit of 20 km/hr has been imposed across the capital.

Even before the legislation kicks in, police have been stepping up their efforts.

Paris Mayor Anne Hidalgo has described the scooters as “anarchic”, while transport minister Elisabeth Borne told Le Parisien the city was experiencing “the law of the jungle”.

To regulate the number of scooters, City Hall has introduced a fee of 50 euros per scooter for the first 499 units, rising to 65 euros for companies operating more than 3,000. The biggest operators include Lime, Bird and Jump, operated by Uber.

Yet despite the efforts to put the squeeze on wild scooter riding, pedestrians remain sceptical.

“The fines make sense, but can we enforce them and how?,” asked Yuwei Yeh, a 47-year-old commercial retailer.

“Maybe if we use AI and cameras we can catch people, but we don’t have enough police officers and security guards to fine them, so it will only be a small portion.”

Karim Coulibaly, a 22-year-old employee with Lime said he thought the new laws would not limit the use of electric scooters, but that it was a good thing they are being moved off sidewalks and on to roads.

A representative of Bird said the company had introduced designated parking zones and had not seen a “significant” number of vehicles impounded.