MotoGP 22 Game Review: its the season for living-room-speed 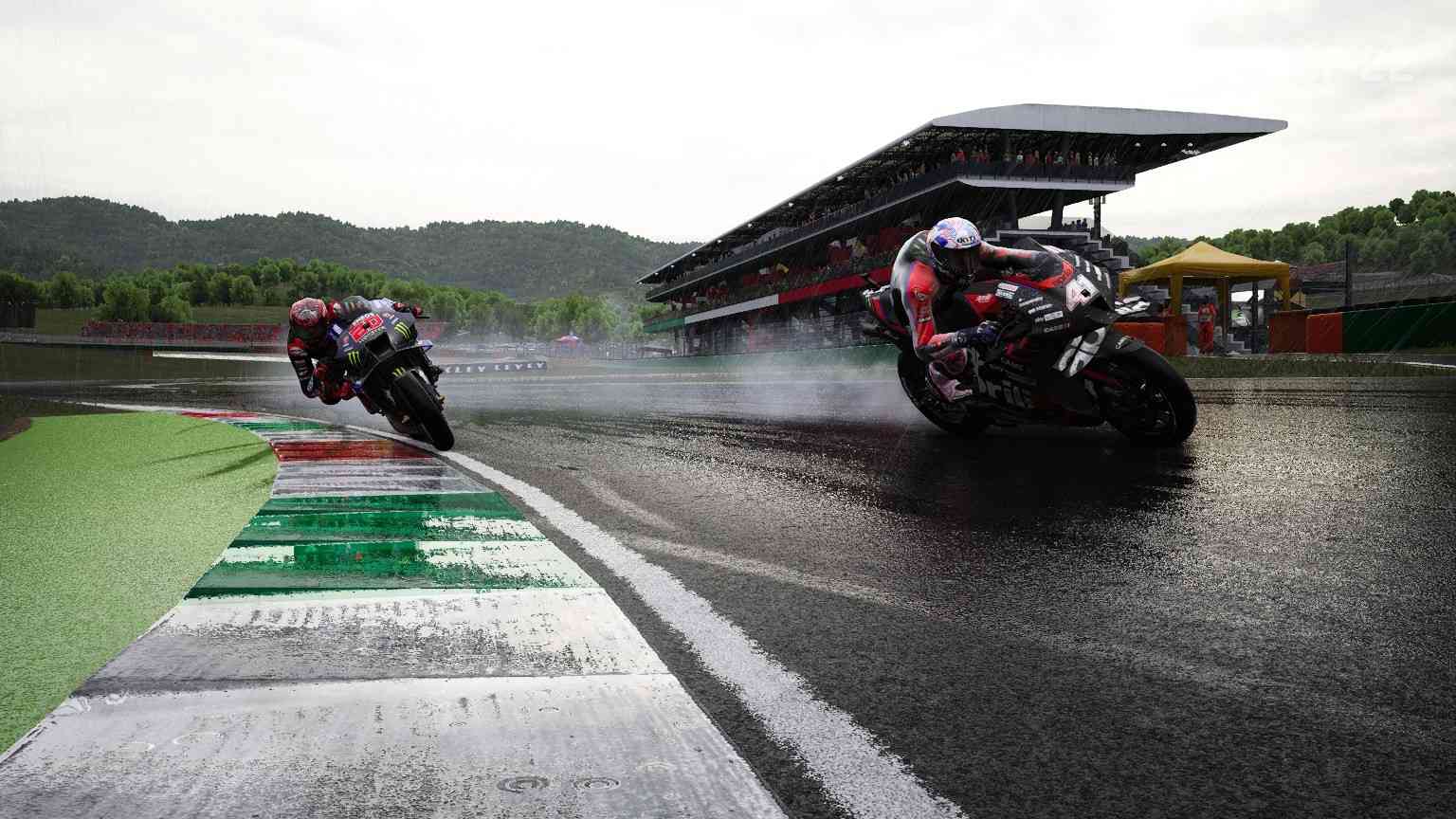 You’ll find that it can feel way more accessible to beginners while simultaneously catering to a more sim-focused crowd.

The ongoing MotoGP season has been an absolute blast so far, with each race offering plenty of entertainment for motorsport fans to enjoy. We’ve seen fantastic performances as well as embarrassing mistakes from riders like Aleix Espargaró, Francesco Bagnaia, and the reigning world champion Fabio Quartararo, whose DNF in Assen is sure to spice up the title challenge after the summer break.

Since we’re currently waiting for the action to restart at Silverstone on August 7, it’s a perfect time to discuss the newest installment of Milestone’s officially-licensed videogame franchise. Just like its predecessor, MotoGP 22 hasn’t managed to butter everyone’s toast, and a common complaint you’ll hear people make is related to the lack of any major improvements over last year’s title.

In all fairness, the game isn’t considerably better than its 2021 counterpart, but subtle tweaks and baby steps are what we’ve come to expect from annual sporting releases of this sort. Nonetheless, it is a shame the developers haven’t taken the opportunity to make the career mode more interesting, nor did they add the dynamic weather feature that people were hoping for.

As far as graphics are concerned, substantial steps have been taken to refine the overall look of textures, liveries, and, most notably, riders’ faces. Whereas the previous MotoGP was rather awful as regards the latter, I was pleased to find that facial models are vastly improved this time around. Credit where credit is due; this year’s GP racing sim from Milestone Interactive offers the best visual experience of the whole series! 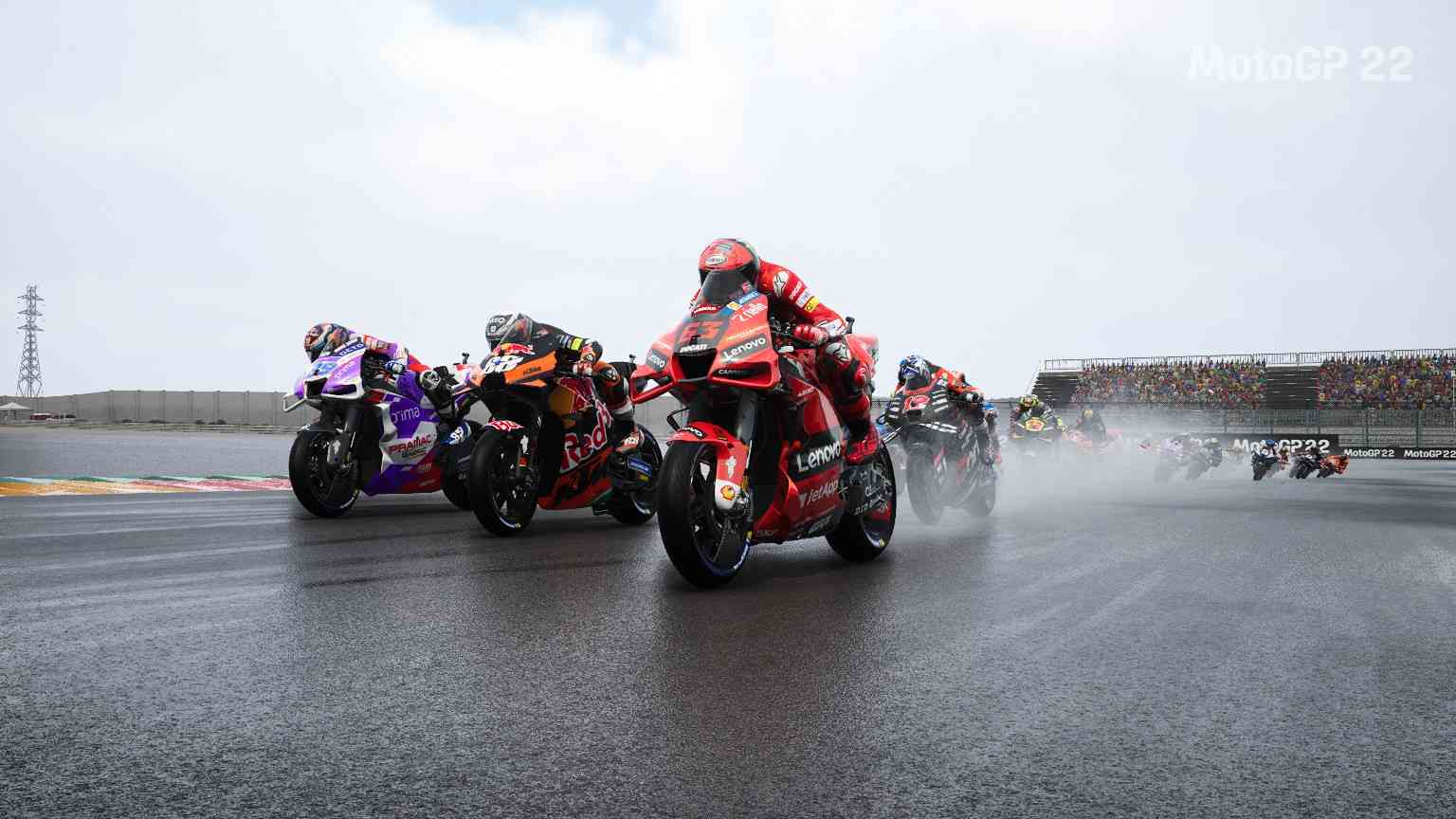 Aesthetics aside, the gameplay feels responsive and way more accessible to beginners than that of prior releases. New players may access a plethora of comprehensive tutorials to learn the ropes, and the various assists can certainly make the learning curve feel less terrifying. Turn them off, and you’ll be punished for the slightest mistake, but the game’s difficulty is perfectly manageable when some (or all) of these functions are employed.

Giving you the ability to find an ideal balance for your skillset, MotoGP 22 is a much better pick for newcomers than its forerunner. One should not, however, rely too heavily on things like braking point markers or the color-coded ideal trajectory line, as they’ll often cause you to brake later than necessary and end up in the gravel.

Even though more seasoned players won’t be using these aids anyway, it’s something to keep in mind if you’re just starting out. As for the AI, I found it to be a little more aggressive and spatially aware than before, though there’s copious room for improvement left in this area. Instances where other riders bump straight into you on corner exits, are still present, so be prepared to deal with such annoyances from time to time.

An additional layer of complexity is added by the freshly-introduced ride height device (RHD), which can be used when accelerating out of turns to prevent wheelies. Furthermore, many found the curbs to be harsh and largely unusable last year, and that’s one aspect of track design the developers have addressed since then. As the physics were also updated, they may feel a bit weird at first, but it’s not too much of a hassle to get used to them.

While the career and quick modes fall firmly within what we’ve grown accustomed to over time, the same can’t be said for the documentary-style Nine: Season 2009 campaign. Directed and narrated by Mark Neale, the said mode takes you on a trip down memory lane to a time when four contenders battling ruthlessly for the world title.

Valentino Rossi, Jorge Lorenzo, Dani Pedrosa, and Casey Stoner; are all coming within a few points of one another in the first half of the season. The Doctor went on to secure his seventh and last championship in the premier class that year, and you’ll be stepping into the shoes of multiple riders as the storyline progresses through iconic moments.

Separate chapters depict every race from Losail to Valencia, with each of them providing various challenges for players to complete. These are intertwined with approximately 50 minutes of footage from the 2009 season, alongside Neale’s masterful narration describing how the events unfolded. Add smooth gameplay and the thrilling wail of inline-fours to that equation, and you’ve got yourself a recipe for pure bliss!

Regardless of the mixed feedback MotoGP 22 has received thus far, this nostalgia-rousing element really sets it apart from older iterations. Most players seem to agree that it’s an enthralling experience, and I’m personally hoping to see Milestone deliver more like it in the future. Besides the single-player game types, one may also join online lobbies to race against other people or bring some friends over and engage in good old split-screen duels.

Menus are way tidier than the cluttered mess we saw in earlier releases, with the main background showing bikes from different teams every time you fire things up. Not that it’s such a huge deal, but it definitely is yet another step in the right direction for this franchise. Although there isn’t much of a soundtrack to talk about here, the music you will be hearing doesn’t become irritating after a few minutes or so, which is much appreciated. 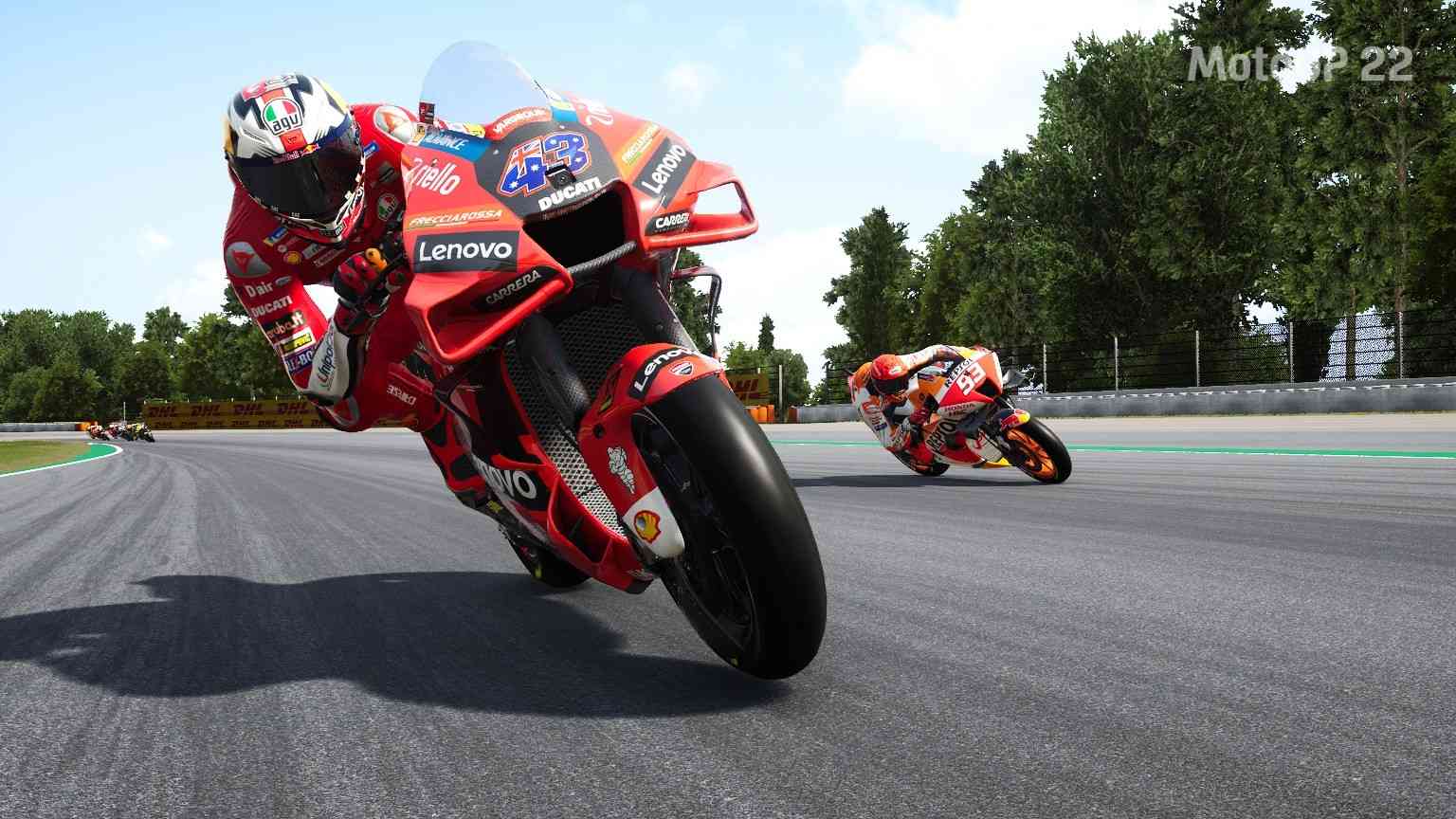 Conclusion : Folks may call MotoGP 22 a reskin all they like, but what they need to understand is that developers can’t afford to stray too far from the established formula on yearly sports titles. Just look at the incremental manner in which EA Sports’ series is progressing, and you’ll immediately see what I’m trying to convey. With this being said, it’s time to answer the pivotal question: is the game worth your hard-earned cash?

Priced at 50 bucks on Steam, Milestone’s latest Grand Prix sim packs just the right amount of novel content to be categorized as money well spent. The brilliantly-executed Nine: Season 2009 affair is heavily responsible for this, though it’s far from being the only thing that makes the new MotoGP stand out. With its (optional) welcoming attitude towards beginners and subtle yet effective refinements, I’d say this installment is totally worth checking out.

GET THERE FASTER, Click & Get the Bikernet.com Free Weekly Newsletter