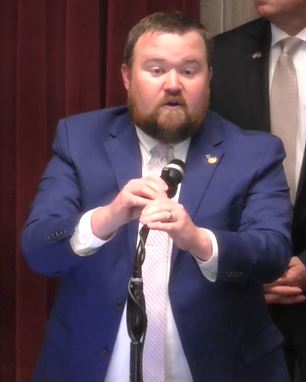 by Ashley Byrd from https://www.missourinet.com

One of the proposed laws tucked into a massive state transportation bill would allow motorcyclists to drive without helmets, but they must be at least 26 years old and have medical insurance and proof of financial responsibility.

Representative Jared Taylor of Republic in southwest Missouri says the governor promised he’d sign it, but Parson’s spokeswoman says while he has “indicated he is supportive of this issue, but like always, there will be a thorough bill review to see what else is in the bill.’

Democrat from St. Louis, Rep. Gina Mitten opposed this part of the bill on the House floor.

None of my constituents probably care a bit about the myriad of other things in this bill, except for the helmet law,” she told colleagues. “I don’t know about the other folks in this room, but I got a ton of emails over the past few days saying, ‘Do not do this.’”

Mitten says there is a financial cost to citizens for this proposed law.

“You get a traffic ticket, you’re going to pay money to the Brain Injury Fund. That’s basically money for motorcyclists who get brain injuries because they are not wearing helmets or they do stupid things.”

Supporters of helmet repeal want the freedom to ride without a helmet.