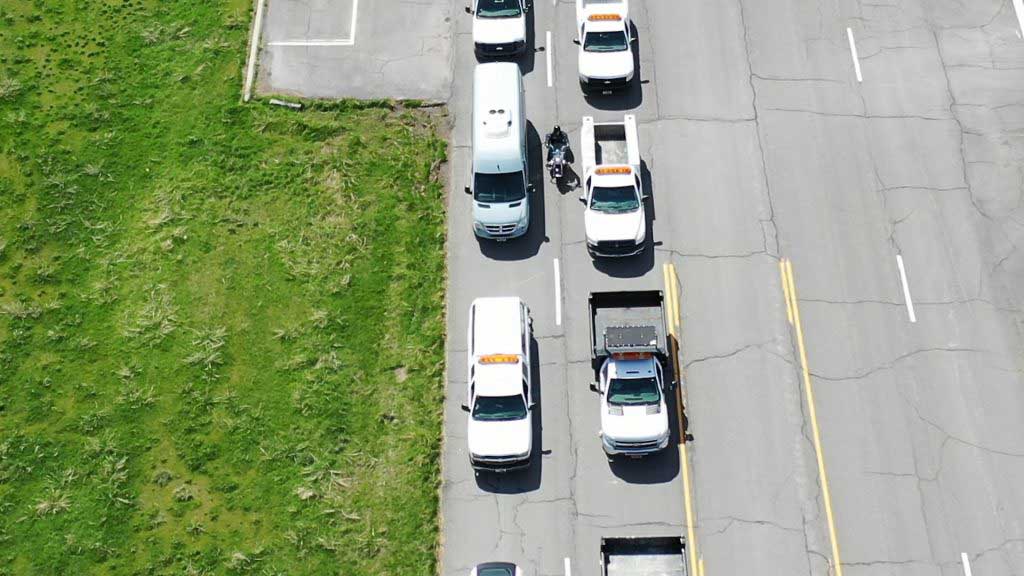 by Mercy Owusu from https://www.abc4.com

Lane Filtering is NOT the same as Lane Splitting. Legal for roads with speed limit NOT LEGAL on Freeways.

The Department of Public Safety wants to remind drivers they can expect to see motorcycles lane filtering, as well as remind motorcyclists of the conditions under which lane filtering is legal.

What is Lane filtering?
Lane filtering is when motorcyclists move between two lanes to the front of traffic that is stopped at an intersection.

Motorcycle lane filtering was made legal under certain circumstances in Utah in May of 2019. The decision came after the Utah legislature’s passage of HB 149 during the 2019 legislative session.

Officials say the law for lane filtering was designed to prevent or reduce rear-end collisions between approaching vehicles and motorcycles stopped in traffic.

They added, unlike lane “splitting,” lane “filtering” is intended to provide a “safety pocket” for motorcycles when encountering stopped traffic.

Since motorcycle riding is seasonal in Utah, some drivers may be surprised when they see motorcyclists who are lane filtering.

Officials emphasized that lane filtering between stopped vehicles on roadways with at least two lanes in the same direction and speeds of 45 mph and lower is legal in Utah.

Having a motorcycle pass closely to your stopped vehicle can be startling. However, officials say if you’re aware that lane filtering is legal and know to expect it, you can maintain an awareness of your surroundings and reduce the element of surprise.

Motorcycles can lane filter in Utah when the following conditions are met, according to officials: