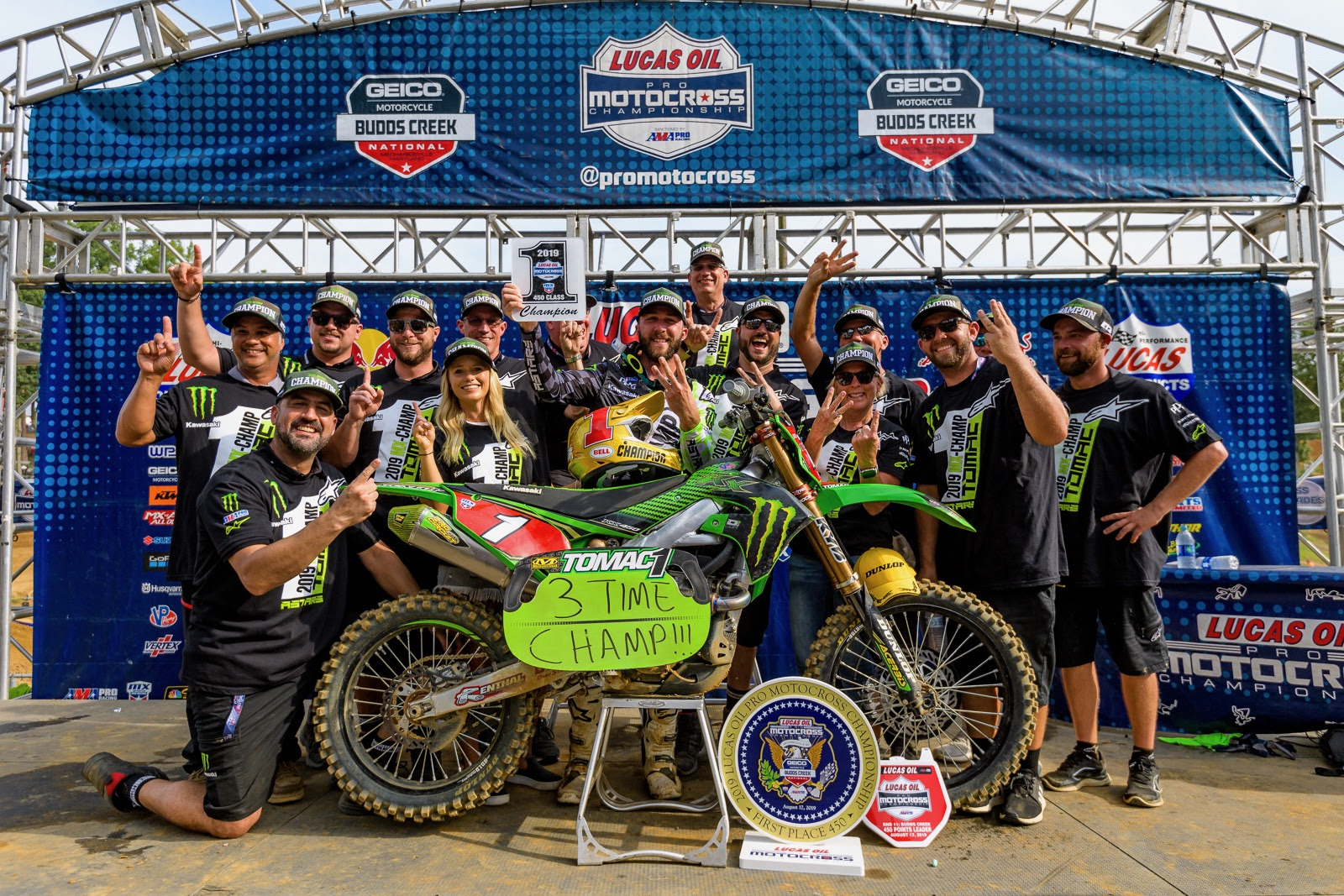 Foothill Ranch, Calif. (August 17, 2019) – Monster Energy® Kawasaki rider Eli Tomac and his KX™450 earned his third consecutive AMA Pro Motocross Championship at the penultimate round of the series in Mechanicsville, Maryland. Tomac scored fo five overall wins this season and captured 10 moto wins in total. Tomac cements his legacy as only the fourth rider in history to win three consecutive motocross titles. The title is Kawasaki’s 14th 450 class motocross championship, more than any other manufacturer.

To get it done today and a race early is amazing! Honestly, when I crossed the line I didn’t know I had gotten the championship. To go three championships in a row is pretty special and something I am proud of. Each championship has been special in its own right, but man am I happy we got it done today. I can’t thank the entire Monster Energy Kawasaki crew and the entire Kawasaki motorcycle corporation enough for all of the hard work and support all season long.“ – Eli Tomac