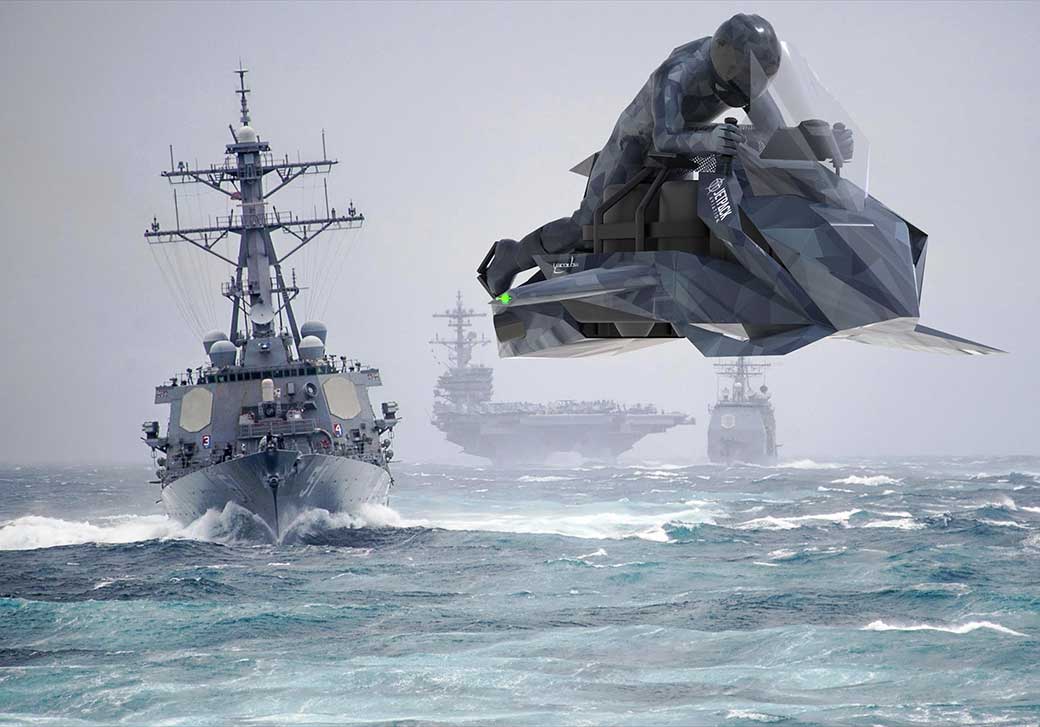 If you’ve had any doubt that flying cars and motorcycles would become a reality in your lifetime, take the Speeder from Jetpack Aviation as a welcoming example to break your doubts. Better yet, preorders are open for just 20 pieces.

Here’s what we know. Recently, JetPack Aviation (JPA) successfully completed the first test flight on a full-scale P1.0 hovercraft. Why is this a big deal? Well, simply put, the P1.0 is the base construction for the company’s future product, the Speeder, which will be set up on the now-in-construction P1.5 platform.

For over ten years, JPA has been focused on creating micro-VTOLs aimed at human and AI-operated flight. Based in the San Fernando Valley, just north of Los Angeles, California, this team is currently at the forefront of bringing the world the first fully operable personal VTOL, or as some folks call it, “a flying motorcycle.”

Now, the test was a tethered flight, but, during operations, you can see that the tether is mostly there in case of engine failure. Even the swaying that occurs at one point is all desired. Since that video shows just the frame of the Speeder, I’ve also introduced a video that shows where JPA wants to take the Speeder.

What this successful test means for this company is a whole lot. Mainly, it means that there something to show investors. With this trial, JPA is now at sparkling like a diamond in a coal mine with what seems to be a whole lot of clarity. So much in that the company has officially opened up preorders on the first 20 Speeders. However, they’ve probably all been sold by now, even though they’re running for a $380,000 (€322,713 at current exchange rates) base price for just the recreational version. Yes, there’s more than one version, three in total, and each for a designed purpose.

If you have any doubts about this company’s ability to get things off the ground (get it? “off the ground”), then take the army’s interest in this sort of tech as a clear example of what JPA has in mind. This team even has a version of the Speeder that’s aimed at supporting troops and first responders. But before I get into that, let me outline what a Speeder will be able to do.

First, the Recreational Speeder will come in with an empty weight of just 231 lbs (105 kg) and offers a max thrust of 705 lbs (320 kg). This is enough to blast the Speeder up to speed of 150 mph (241 kph). Imagine going to your local grocery store on one of these; probably won’t happen for a year or so. Not until we have landing pads instead of parking lots. However, a ride to the local store is all you’ll be able to do as an endurance time of 22 minutes max is all you get. Yeah, but those are going to be some amazing 22 minutes. 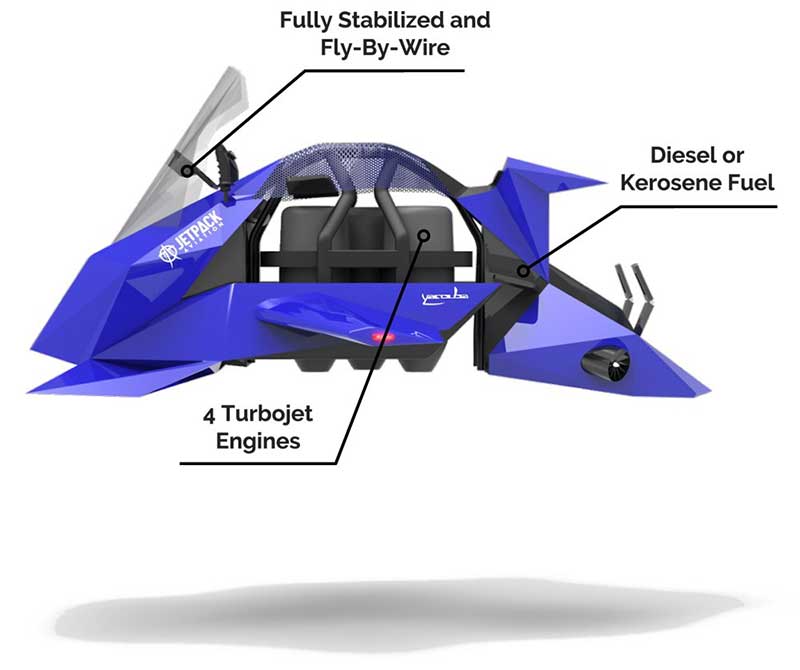 Versions two and three include the Military Speeder and Cargo Speeder. Now, this version of the Speeder is much stronger. Here, 1,200 lbs (544 kg) of thrust are available, and the 22-minute flight time has been extended to 30 minutes. Up until this point in my life I never wanted to join the army. If I can fly one of these, sign me up!

This same Speeder is to be used by first responders as well, just painted a bit different and slightly different utilities. This version, as well as the one used by military, will include a carrying cases that can be mounted to an existing Speeder and carry supplies needed for first aid, even be set up as a first-response station. The military will be stocking theirs cases with weapons and equipment used in missions. For Speeders that employ a cargo case, autonomous flight will be used.

One feature that set the Speeder apart from other similar vehicles is the thrust system. Instead of using rotors to fly, this VTOL will be powered by four compact turbojet engines that operate on kerosene, Jet A fuel, and diesel. Why? These sorts of engines offer pinpoint accuracy when operable. Just look at the size of the landing pad this team is using for the test.

Ok. So, I’m going to do my absolute best to try and get a test ride on one of these Speeders. And when I do, you’ll be sure to catch a video of it too. However, until that day arrives, JetPack Aviation will be giving it all it’s got to make these puppies happen. With this successful completed test, they kind of already are.