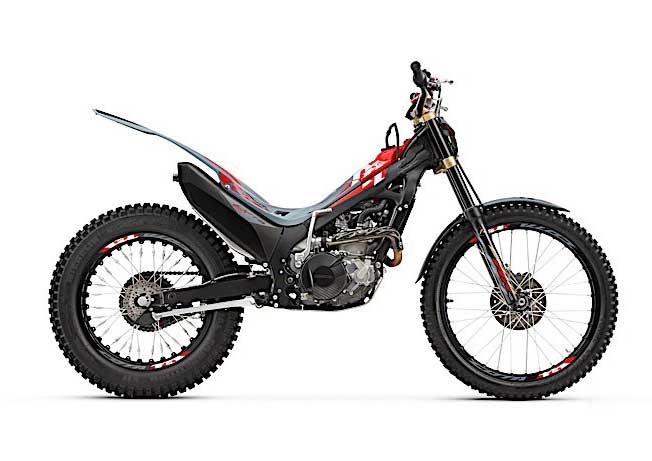 A Honda for every need. The Japanese automotive company recently confirmed its 2021 Montesa Cota 301RR trials bike and the 2022 FourTrax Rincon multipurpose ATV and you’ll be able to ride them this summer.

Both designed for off-road powersports, but each with its specific purpose, the new Montesa Cota 301RR, and FourTrax Rincon are designed to please all kinds of off-road enthusiasts. Honda is all about diversity, as confirmed by Brandon Wilson, Advertising & Motorcycle Sports Manager at American Honda, who claims no other manufacturer produces such a varied family of powersports vehicles.

The 2021 Montesa Cota 301RR is a tribute to the early Montesa models, and it’s a special edition meant to celebrate its 75th anniversary, with an included emblem to state it out loud. It comes with a new look, a red fuel tank, and most of the components found in Toni Bou’s Montesa, because why not get inspired by the bike of the 28-time FIM World Champion?

The 299cc four-stroke engine bike with Tech forks will be available starting this July, with a suggested retail price of approximately $11,700.

Moving on to the 2022 FourTrax Rincon ATV, the vehicle spells strength, with its rugged bodywork and steel racks. The ATV is comfortable and maintains Honda’s specific luxury look. Just like the Montesa Cota 301RR, the new Rincon also comes in red, and its three-speed automatic transmission can be shifted using the push buttons on the handlebar. According to Honda, the ATV features a liquid-cooled 675cc single-cylinder with the crankshaft aligned with the vehicle’s direction of travel, for a direct link to the rear axle.

The 2022 FourTrax Rincon will also be available starting July 2021 and has a suggested retail price of approximately $9,500.

But enough said, since a picture is worth a thousand words. We’ll let you feast your eyes on Honda’s new additions, and spread the word to your wallet.