Harley-Davidson Top Chop Is a Panhead Ode to Copper, Brass and Nickel 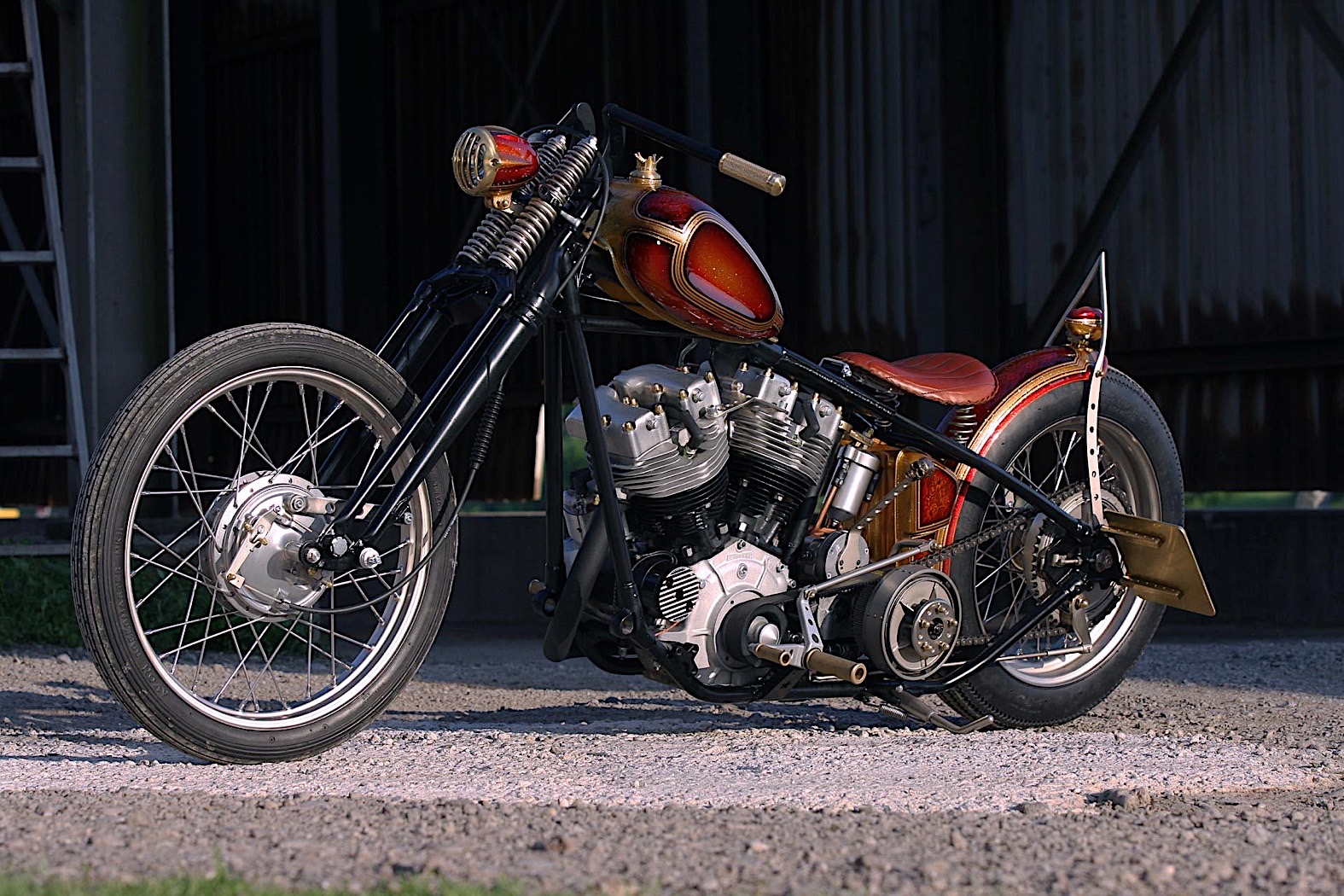 Nowhere in the transportation industry is metal held in such high regard as in motorcycle manufacturing. When it comes to cars we tend to cover metal in all kinds of colors and paints, as if to hide it, but motorcycles, at least from time to time, proudly display their metal parts with no shame.

Sure, there are custom bikes that get painted extensively to cover most of their bodies, but the engine, for instance, almost always remains exposed in its metallic form. And their a sight to behold, because what are motorcycles if not an ode to carefully shaped metal?

The build in the gallery above takes pride in the materials it is made from. Sure, paint was used on it, but we’re not talking about colors that remind us of trees or the clear blue sky, but ones that scream metal: copper, brass, nickel, and of course chrome here and there.

Initially a 1957 Harley-Davidson EL, the bike was modified at the hands of German custom garage Thunderbike and turned into something they call Top Chop. The idea was to have a motorcycle tribute to the “glittering choppers of the 70s,” and for the most part the Germans succeeded.

Just like when it comes to the rest of the shop’s builds, this motorcycle here is packed with custom made parts (that are also available for purchase), ranging from the handlebar to the fuel tank – it is the tank that gives the name of the motorcycle.

At the core of the Top Chop’s frame sits a Panhead engine with Shovelhead looks, and gifted with a Magneto ignition and a Mikuni carburetor. We are not being told anything about the bike’s performances.

The Top Chop is of course a one-off build (an older one made by Thunderbike) meant to advertise both the engineering prowess of the Germans, and the parts they have in their shop for Harley owners.