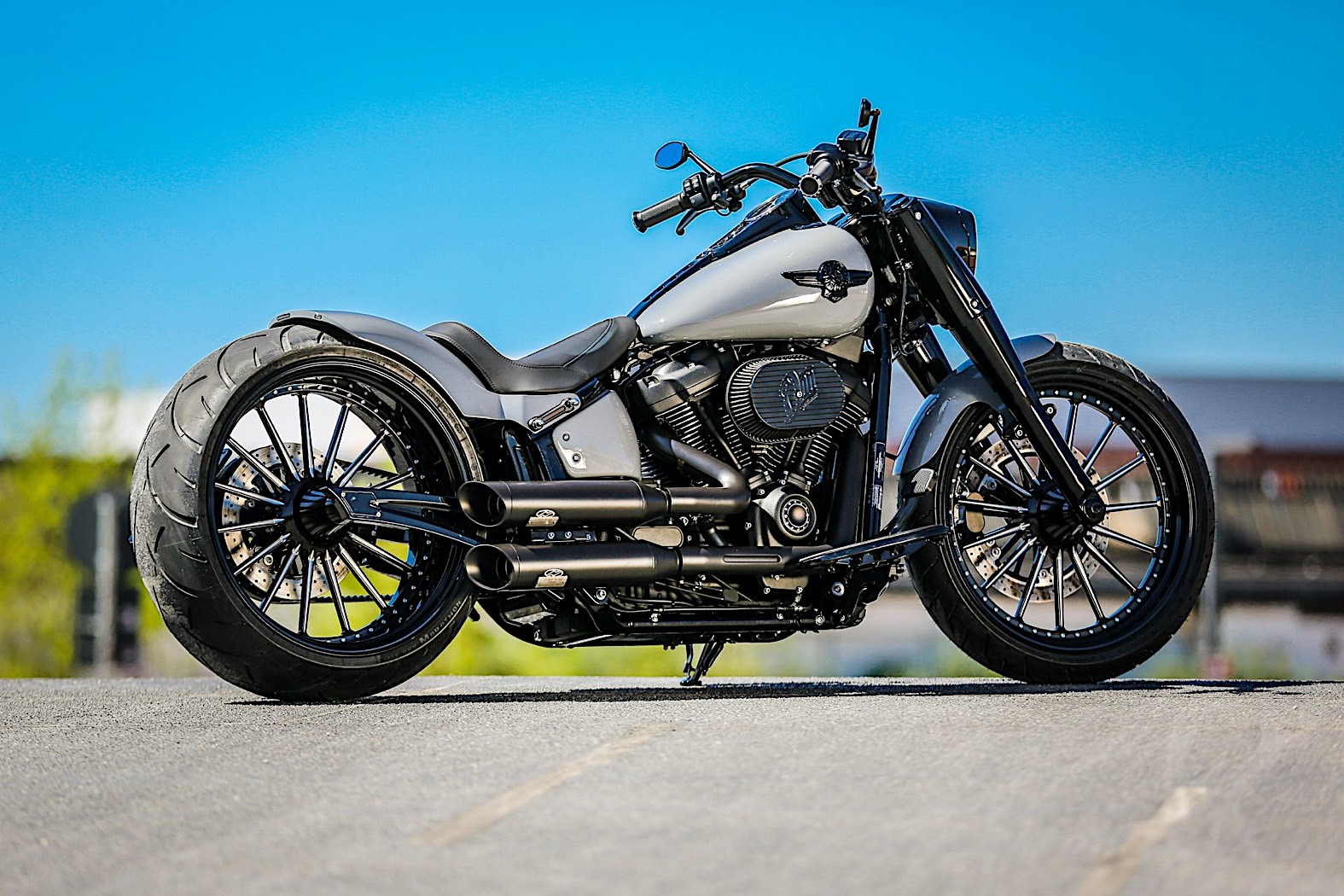 For the past month or so, as part of our Two-Wheeler Month coverage, we talked at length about some of the craziest builds on two wheels out there. A good portion of our attention was focused on a German group called Thunderbike.

In the business of customizing Harleys but also create their own frames for about 20 years, Thunderbike is one of the most active shops not only in Europe, but in the world. The number of bikes they modified over the years is simply huge, and there seems to be no stopping them.

Their latest stunt is called Solid Dude, and is a Fat Boy turned into the “absolute power cruiser.” Previewed this week by Thunderbike, the motorcycle is the usual display of custom parts extravaganza.

As they usually do when modifying existing motorcycles. Thunderbike seems to have spared no expense with this one either. Around 30 new parts have been made to work together and look like a solid piece of engineering on the body of the Fat Boy.

A quick look at the modifications made shows that, aside for the engine itself, there was little that wasn’t touched by the Thunderbike magic. Larger elements like the front and rear fenders are custom, but so are smaller ones like the handlebar or the turn signals.

A highlight of the build are of course the wheels. Sized equally in diameter at 21 inches, they’re of Thunderbike spoked design and painted in such a way as to match the bike’s apparent Nardo Grey paint wrapping. Complementing the whole thing are the pipes of the Dr. Jekill & Mr. Hyde exhaust system.

We are not being told who commissioned the motorcycle and not even how much it cost to make, but if you have the time, you can head over to the Thunderbike website for a closer look at each part (and pricing).