Harley-Davidson LiveWire Claims the Crown of a Barren Kingdom 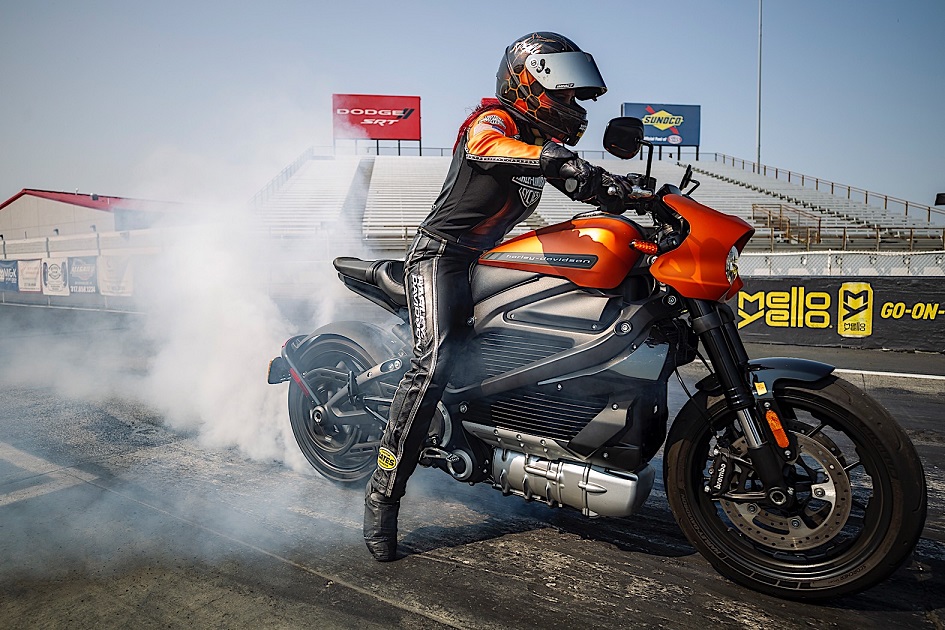 At the end of last week, drag racing fans were back in business as the Denso Spark Plugs NHRA U.S. Nationals at the Lucas Oil Raceway in Indianapolis took place. A lot of interesting things happened there, including an appearance by the 1,400 hp electric Mustang Dragster and some demonstration runs with Harley-Davidson LiveWire motorcycles.

A couple of days ago the Milwaukee bike maker released a very short video showing the highlights of the LiveWire runs with riders Andrew Hines, Eddie Krawiec, and Angelle Sampey holding the handlebars. As it was, the video showed nothing impressive, as fast, drag racing motorcycles we’ve seen before.

Socially-distanced people in the stands seemed to confirm nothing spectacular happened, as they seemed unimpressed with what was happening down on the strip. As such, few could have anticipated records being broken.

Only that they were (sort of), and Harley confirmed this with an announcement made on September 10.

As per the bike maker, one of the three riders, Angelle Sampey (who usually rides a FXDR Pro Stock) accelerated the LiveWire to the records of best elapsed time and top speed.

“Let me tell you what’s amazing,” said Sampey in a statement. “That was the first time I rode the LiveWire. I could not wait to get it on the track. The LiveWire is so easy to ride. Just twist the throttle and go, and you really go!”

So, great numbers, and that made Harley confident enough to claim it set the all-new records for an “electric-powered production motorcycle on a drag racing course.”

So, this is the baseline for future electric bikes to beat. But given how there is virtually no competition in the electric-powered production motorcycle segment on the drag strip at the moment, it’s like Harley crowned itself the ruler of an empty realm.