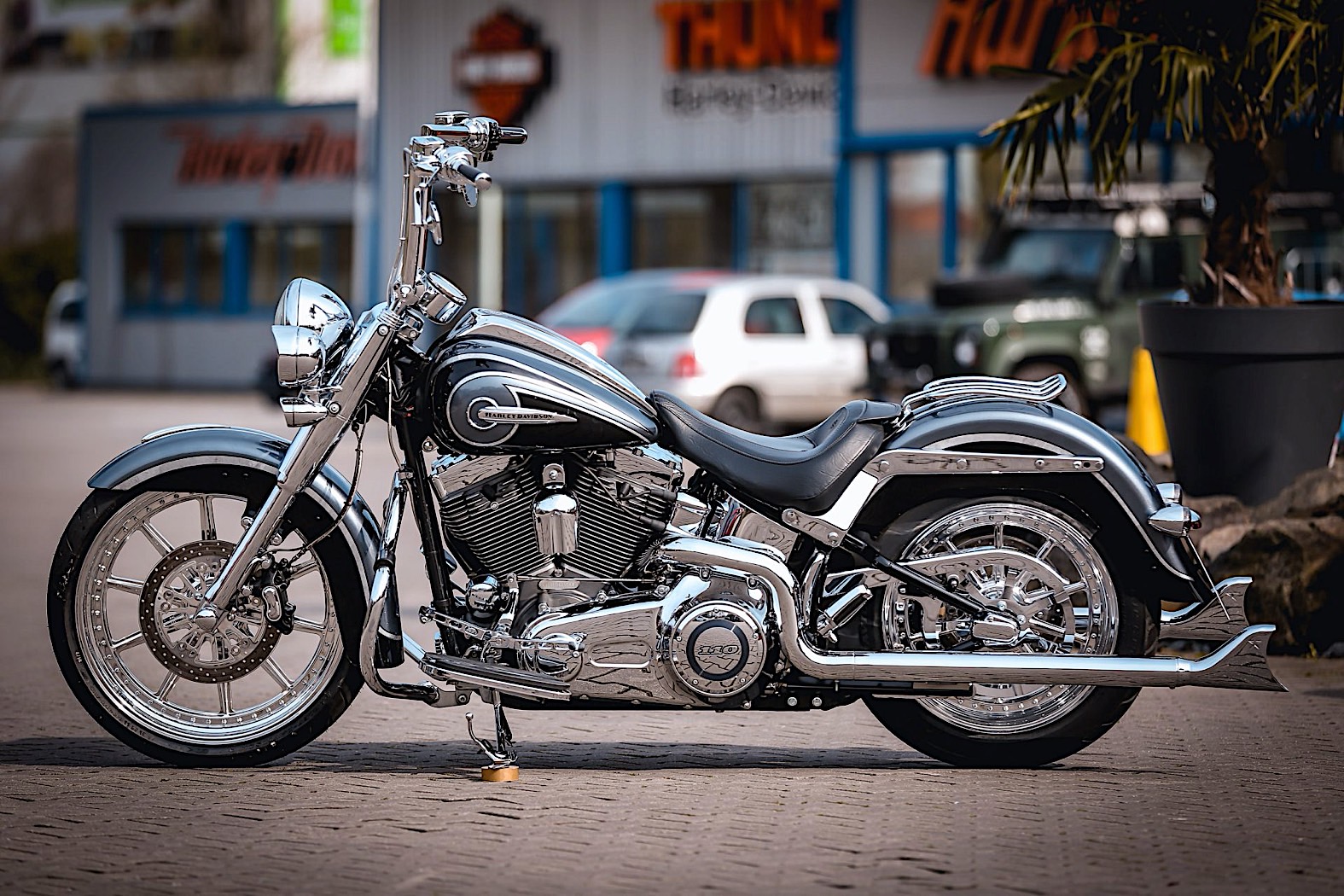 We’re used to having our Harleys (be them stock rebuilds or ground-up creations) served in extreme forms. After all, there’s an entire industry dedicated to making Harleys unique, and what better way to do that than to go above and beyond?

At times however a more discrete job is preferable. An almost invisible lowering of the bike, the addition of chrome in strategic locations, and a medium-sized list of mechanical and visual upgrades are all it takes to make a bike stand out.

Over the past few months, we’ve talked at length about the projects, new and old, of a German garage by the name of Thunderbike. Just like the rest of world, the Germans too got hit by the health crisis, and for the better part of the year, Thunderbike has been up to much fewer stunts than we’re used to.

The Deluxe in the gallery above is one of the projects that finally made it to light in 2020. Commissioned last year by a Swedish customer, the bike was ready in no time, but had to spend about nine months away from its owner, given how borders closed and all.

Now the two are reunited, and it’s the perfect opportunity for us to take a closer look at how just a smaller number of carefully chosen modifications can rebirth a Harley.

Mechanical changes include the lowering of the fork and the shortening of the rear shock. New, bigger wheels were added front and back and shod in Dunlop tires, making the bike look a tad more compact. Some modifications were made to the brakes as well, as the discs have been replaced. We’re not being told if the engine was modified in any way.

As for the looks, the motorcycle is a chilling apparition. That’s due to the use of cold chrome in generous quantities all over the bike, and its blending with the impersonal touch of black on the fuel tank, seats, or fenders.

We’re not being told how much the customization of the motorcycle cost, but the parts listed as used for the build amount to a little over 4,000 euros ($4,700).