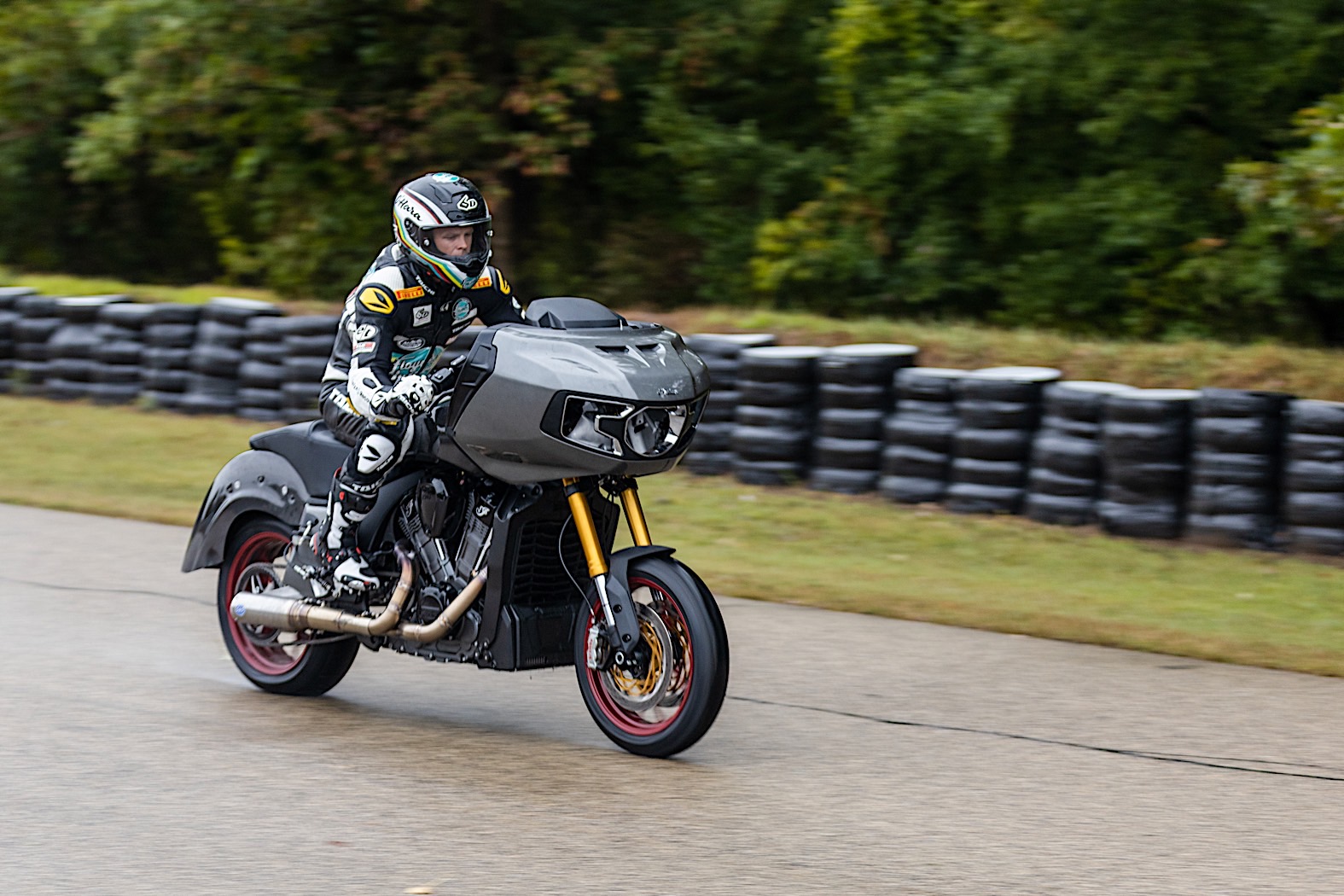 In the weekend of October 23, during the MotoAmerica Superbike Speedfest, an incredible battle is about to be fought: 13 Harley-Davidson motorcycles will be on the same field, fighting for the Drag Specialties King of the Baggers title against each other and a single non-Harley bike, this S&S Indian Challenger.

The event, which will be held at Monterey, is the first of its kind since this whole health crisis mess began all those months ago and, at least on paper, it should be something to remember.

The bagger Challenger is an Indian project backed by S&S and it calls for a stock bike to be modified even further that the already incredible specs: 122 horsepower, an inverted front suspension, and a hydraulically-adjustable FOX rear shock.

Since we first learned about this back in July, things seem to have progressed quite nicely. Not long ago, the team behind the build, let by the one who will ride it during the October event, Tyler O’Hara, took the bike out for what was supposed to be the first testing session.

It kind of wasn’t because rain put some dents in the team’s plans, but we are told that even this brief outing was enough to “gather valuable information around rider ergonomics, suspension and more.” And they also took some photos, which you can see in the gallery attached above.

“When the Indian Challenger was released last October, it set a new standard for performance-oriented, stock baggers and offers the ideal platform, from which to base our race modifications,” said Paul Langely of S&S in a statement back when the project was announced.

“That said, we’re leaving no stone unturned when evaluating the modifications needed to be successful at Laguna Seca.”

With about a month left to go until the event, keep an eye out for more info on this project in the coming weeks.