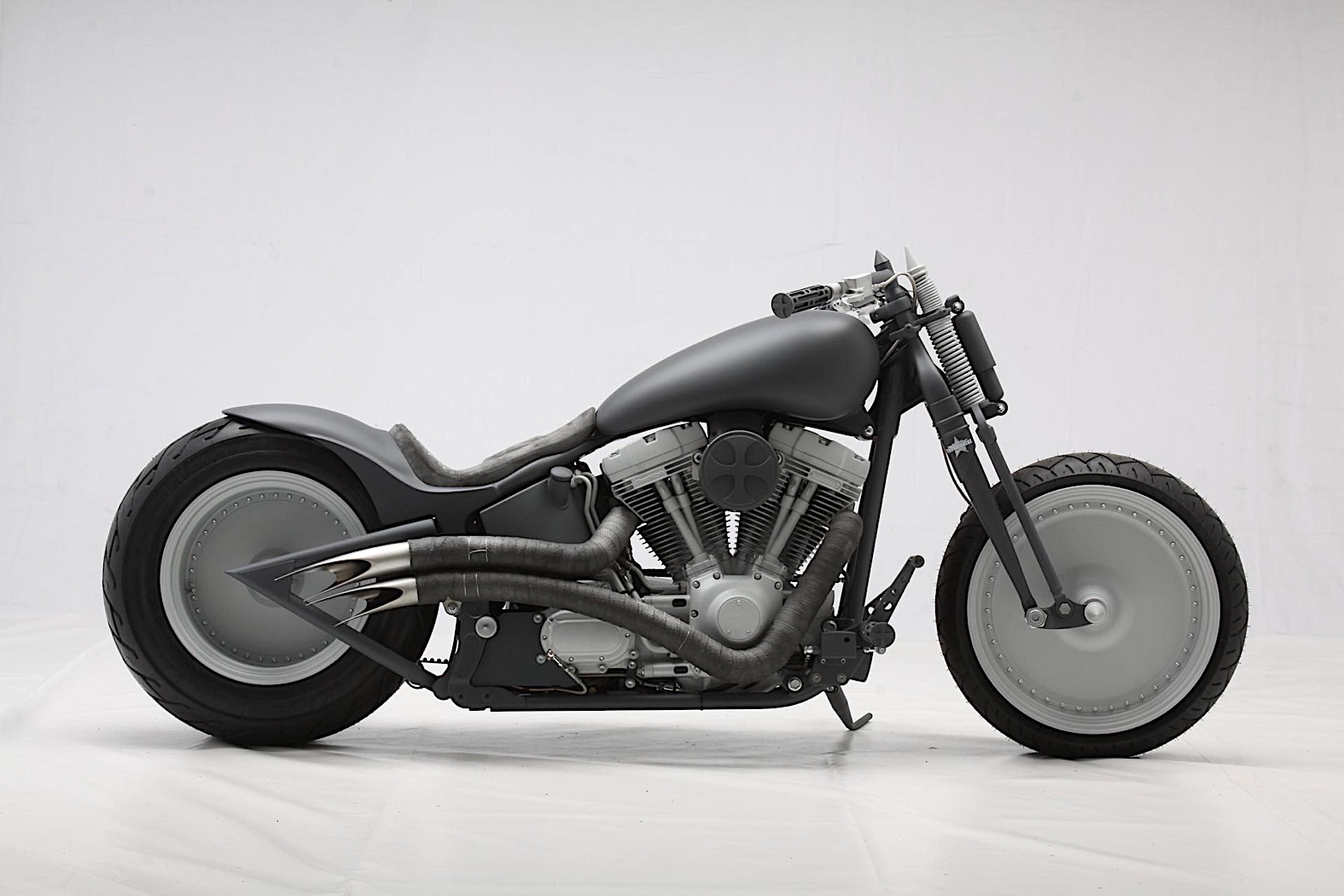 Harley-Davidson’s Softail frame has become over the years the backbone of a great number of motorcycles. The Milwaukee-based bike builder currently has 12 bike models using it, ranging from the Standard to the Heritage Classic.

Down the ages – the first time the frame was used as a registered trademark was way back in 1984 – other names were stealing the headlines. There were names like the Night Train, Cross Bones, and of course the Springer.

As do the Softails of today, older ones are favorites of the custom industry, even if perhaps not as much as say the more recent Breakout. And one fine example of custom work on an older Softail is the one we have in the gallery above.

Wearing the name Earl Grey, the build is based on a 2010 Cross Bones and is an older project of German custom shop Thunderbike. Like most of their other builds, old or new, this one too is a mammoth display of custom parts – some 20 of them were used all around the two-wheeler.

The exhaust, handlebar, footpegs and fuel tank are aftermarket parts, as are the tailights and headlamps. The front end sits on a Springer fork, shortened to meet the purpose of the build, while the power of the Screamin’ Eagle 113ci fitted with a race kit is sent to the ground by means of disc wheels.

It is these wheels that are the standout element on this build. Painted all white, they fit the matte paint used elsewhere on the body just right to give you the impression the Earl Grey name is the perfect description for the machine: it looks just as diluted as a cup of milk tea, pale when compared to the other colorful builds out there.

We are not being told what happened to the bike after it was completed, but rest assured this is truly a one-off so chances are you’ll not see it on the road anywhere.