Former home of Triumph Cycles founder up for grabs 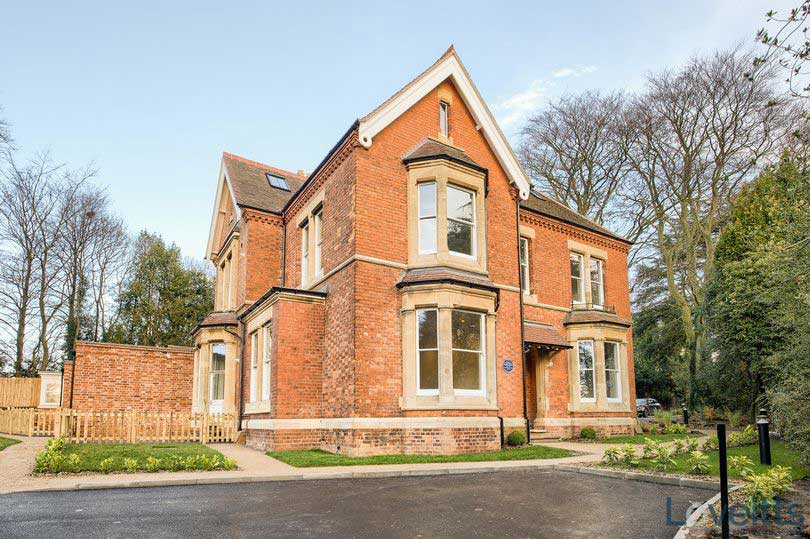 by Elis Sandford from https://www.coventrytelegraph.net

The building has been brought back into use. The former home of Triumph Cycles founder Siegfried Bettmann is on the market having been converted into a series of luxury apartments and bungalows.

Located in the Stoke Park area of Coventry, the Victorian villa has been transformed as part of a huge development project.

The former home was sold by Coventry City Council to property developers three years ago having fallen into disrepair.

Since then, it has been restored and now exists as 14 one and two-bedroom apartments and garden bungalows.

It is described as being located in a leafy conservation area of the city.

According to the developers: “Each property has been individually designed with an emphasis on lifestyle and space. All properties have luxury fully fitted SieMatic kitchens, large living areas, good size bedrooms and fully equipped Porcelanosa bathrooms.”

Prices range from £180,000 to £360,000 and the Help to Buy Scheme is available for first-time buyers. All properties will be owned on a shared freehold basis.

What has been said about the properties?

Laura Wilson, New Homes Manager at Loveitts Estate Agents, said: “Witnessing this stunning Victorian villa – notably known as Siegfried Bettmann’s former residence – being restored to its former glory first-hand has been something of a marvel.

“Elm Bank’s clear historical significance coupled with its beauty as a property makes it a hugely sought-after location for any home hunter. The combination of the Victorian feel with modern furnishings truly epitomises luxury living – and all are up for grabs for a reasonable price.

“The development exudes the elegance of the Victorian era. All the properties on the site have held their unique character, retaining their original sash windows, brickwork and high vaulted ceilings.

“The jewel in the crown of the property is the bungalow which emulates the feel and style of a stately home with many of the original features retained including eight murals painted on canvas in the pre-Raphaelite style by artist Oscar Mancine, the original fireplace and parquet flooring still as it was nearly 100 years ago – just without the eye-watering price tag.”

Born in 1863 in Nuremberg, Germany, Siegfried Bettman moved to Britain in the late 19th century and settled in Coventry. Soon after he founded Triumph Cycle Company which became one of the most famous motorcycle marques in the world and established Coventry as the home of the British cycle trade.

Bettmann lived at Elm Bank from 1905 until he died in 1951. Within those years Ramsey McDonald, a British Prime Minister in the 1920s, visited him at the property twice in 1925.

In 1952 the building was donated to the Coventry Education Committees and was used as a teacher’s clubs and resources centre until it moved in 1974.

In 2015 a blue plaque was erected by the Coventry Society that marks the property as the home of Bettmann.