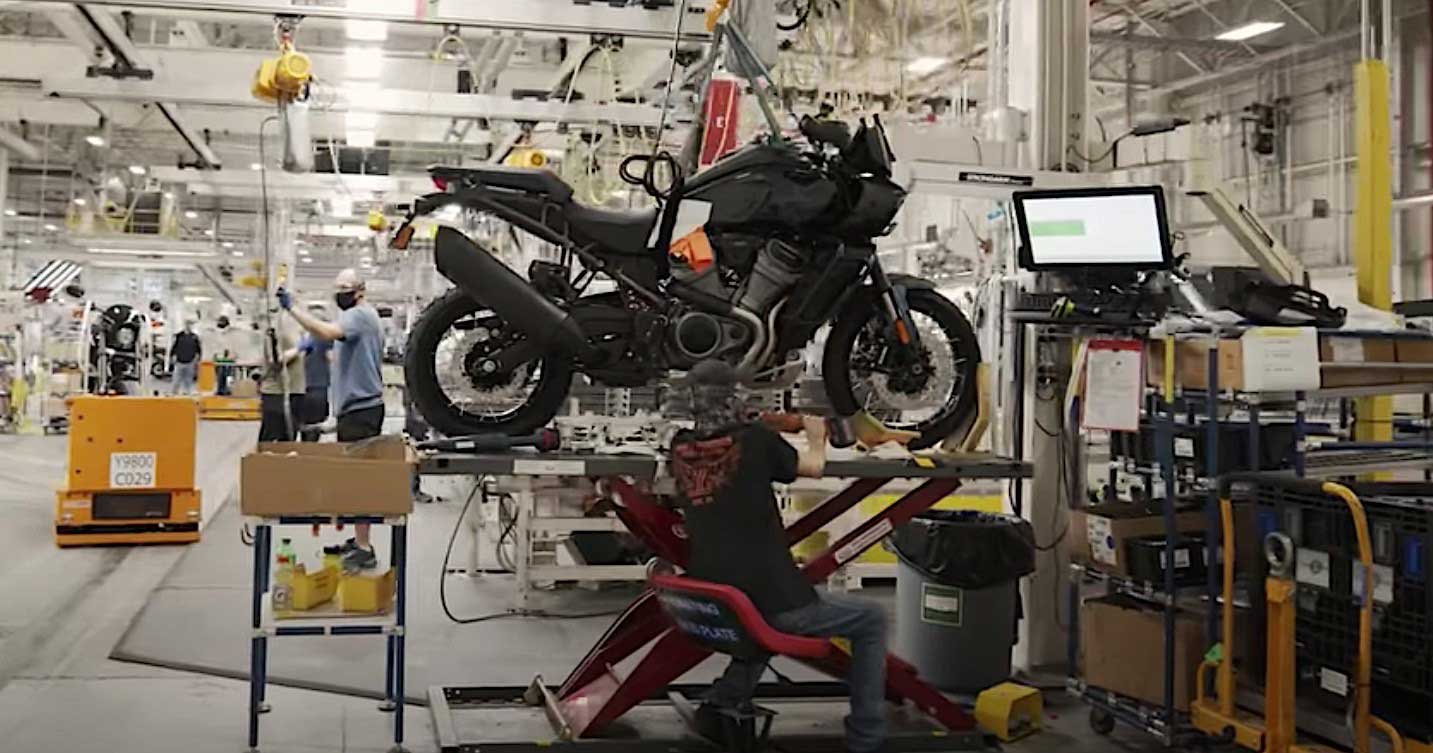 At the beginning of March, American bike maker Harley-Davidson kicked off production of the Pan America, the motorcycle family that is supposed to turn things around for the Milwaukee company by opening up an entirely new segment.

It took Harley less than a month to move from the bike’s full reveal to the start of assembly. The Pan America is being put together on the lines of the Harley-Davidson Vehicle Operations facility in York, Pennsylvania. In the video attached below, you can get a taste of both how Harley’s employees celebrated the start of production, and how things are done at the facility.

Shown for the first time on February 22, the Pan America targets adventure seekers, Harley’s first foray into the segment. Two versions of it will be available, 1250 and 1250 Special, sharing most of the components.

The most important one is the engine, the liquid-cooled 1,250cc that is part of the Revolution Max V-Twin family. The powerplant develops the same amount of power in both versions, 150 hp, despite the fact that the two tip the scales at different values: 534 lb (242 kg) for the 1250 and 559 lb (254 kg) for the Special.

The 1250 family comes with 19-inch front and 17-inch rear wheels, a 5.6 gallons (21 liters) fuel tank, and all-LED lighting, while the special touches come in the form of Michelin Anakee Wild tires, Brembo brakes, and adjustable front and rear suspension.

The Pan America bikes are expected to hit dealerships’ shelves this spring. Harley has decided to ask $17,319 for the entry-level bike, but expect that to go much higher if the customer also opts for all the accessories and apparel designed specifically for it.

From mechanical bits meant to improve the motorcycles’ performance to visual upgrades and clothing, there’s nothing the bike maker seems to have missed in preparing the launch of the two models.