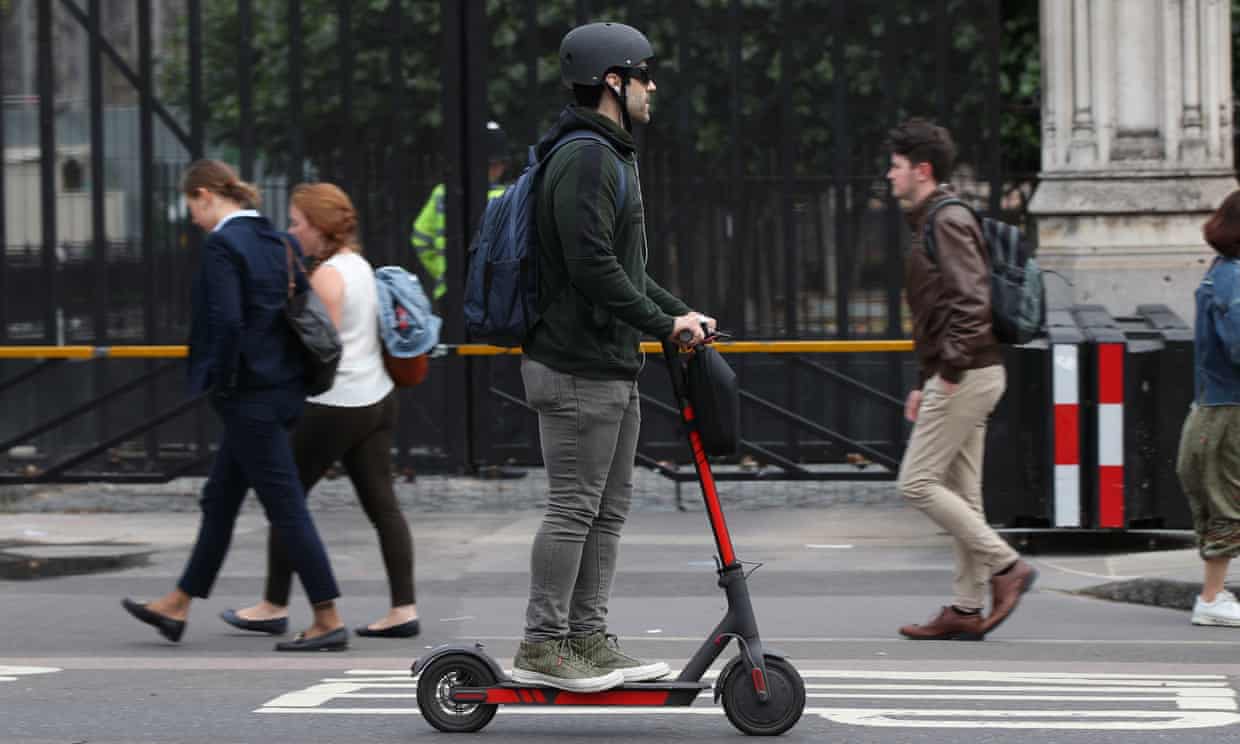 by Alex Hern from https://www.theguardian.com

The government is showing signs of legalising electric scooters on roads, but new laws should be about safety, not horsepower

If there’s one thing we can all agree on, it’s that being hit by a scooter hurts less than being hit by a bike. That may sound like a strangely negative place to start, but it’s sort of fundamental to why I’m glad the government is finally showing signs of legalising the use of electronic scooters on public roads across the UK.

The current state of the law is a mess. Its broad strokes are reasonable enough: powered vehicles require an MOT and registration to use on public roads, while unpowered vehicles do not. Pavements are for foot traffic only. Access requirements complicate matters, but only a little: wheelchairs, both manual and powered – legally, “class three invalid carriages” – can go on pavements, while some – class four – can go on roads as well.

Then, in the 1980s, the law was modernised to support the first generation of electric bikes. Fitted with simple motors that aided hill climbs, it felt silly to ban them as electric vehicles, and so a new category – the “electrically assisted pedal cycle” – was invented, and the laws amended further in 2015 to remove weight limits, allow for four wheels and increase the maximum power of the motor.

Which means, as the law stands, you can ride a four-wheeled vehicle of potentially unlimited weight, largely powered by a motor up to 15.5mph, on public roads without training, licensing or registration. But not an electronic scooter. Nor, for that matter, a 5kg, 10mph “hoverboard”, unlikely to hurt anyone save its rider.

Looking at the laws from the ground up, the distinguishing characteristic should be safety, not how a vehicle is powered. It’s hard to argue that an electric motor is inherently more dangerous than pedal power. In fact, given the variability of human strength, it’s almost possible to argue the opposite: electric motors in e-bikes are capped at 250W of power, after all, but no such limit is possible for people, where a fit cyclist can easily exceed 300W or more.

And so a set of regulations which allowed, alongside bikes, skateboards and scooters, electric vehicles of limited weight, power and speed is surely the only justifiable outcome of any consultation.

But more than justifiable, such a set of rules would be good. One of the truisms of the cycling world is that the safest thing for cyclists on the road is more cyclists on the road. It’s not all about public policy and accessible cycle lanes: sheer weight of numbers is important too, in forcing other road users to treat cyclists as a viable third transportation mode, rather than just annoying slowpokes ripe for close passes and aggressive overtakes.

Expanding that constituency, to encompass a wide variety of mid-speed vehicles, would only help push cities towards the tipping point where they can consider transport beyond a simple car/pedestrian binary. And that’s a point every city needs to reach, sooner rather than later, in the face of a climate crisis that much see car usage drastically curtailed.

But. While laws need to be rewritten to support electric scooters, they don’t necessarily need to support the peculiarly American model of dumping a load of scooters on a pavement and hoping enough people will ride them before they get stolen or damaged for the unit economics to work out favourably. That model, unfortunately, has defaulted to its present state: unregulated, unmanaged and cutthroat, with councils left fighting back with nothing but their powers to prevent littering.

Here, the trade-off is more painful. Dockless rideshare – of bikes, e-bikes or e-scooters – can be great for promoting access, but it can also harm those least able to cope, as anyone who has tried to navigate a wheelchair or pram around a pile of Uber bikes knows. Micromobility can succeed with or without the Silicon Valley business models – but it can’t succeed without being given a chance on the roads.