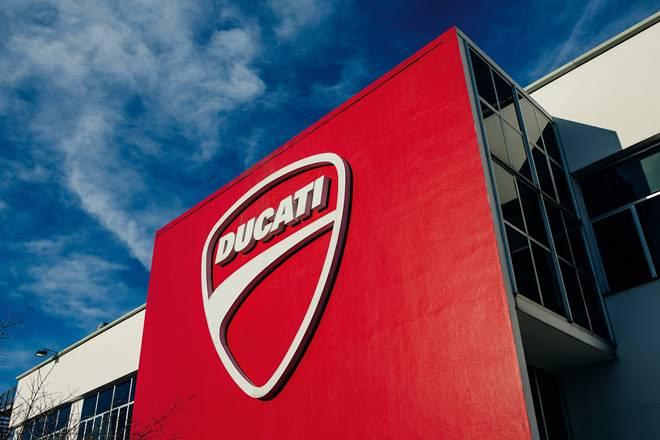 Production at Ducati’s Bologna factory been reorganized. From an eight-hour shift, the working shifts have been converted to two seven-hour shifts in order to allow a minimum number of people.

Premium bike maker Ducati has announced a steady resumption of production at its Borgo Panigale factory in Bologna, Italy starting today. With the Covid-19 outbreak, the Italian superbike manufacturer had temporarily suspended production at the said plant on 13th March to reorganize production schedules. The company said in a press statement that the gradual improvement in health conditions has allowed the government to enable companies, whose activity is primarily aimed at exports and for firms for which prolongation of the suspension would risk losing the country additional market shares, to resume production.

Ducati says that masks will be mandatory for everyone working inside the factory, regardless of the social distancing. Ducati says that it will be an extremely difficult year but starting up again is still a beginning. The company says that it has a lot of orders for the Streetfighter V4, Multistrada GT and the Panigale V2. The brand adds that the first phase of return will only involve a portion of workers that work on the production lines. The workshop staff will begin first followed by engine assembly workers and starting tomorrow, motorcycle assembly workers will begin working.

The brand also says that the use of smart working will remain mandatory for the employees and only for those who are not in a position to carry out their work from home will be allowed to enter the factory. That said, all resources employed in the commercial, marketing, IT, personnel management, finance, purchasing and logistics areas will be working remotely. Ducati has announced that the production at its Bologna factory been reorganized. From an eight-hour shift, the working shifts have been converted to two seven-hour shifts in order to allow a minimum number of people to be inside the plant at the same time.

Moreover, the canteen will also be active but only with one seat for every four chairs. Ducati says that the technicians that are engaged in R&D activities who cannot do their work from home were already at work as allowed by the specific ATECO code. That said, the engineers of the engine test rooms along with those who carry out motorcycle tests and employees who carry out laboratory testing are all present at Borgo Panigale. The company claims that the delivery of Ducati motorcycles along with the development of new products is very much in place as all designers, project managers, and those in the calculation department will be working remotely.