Delfast Bikes to break away from production in China 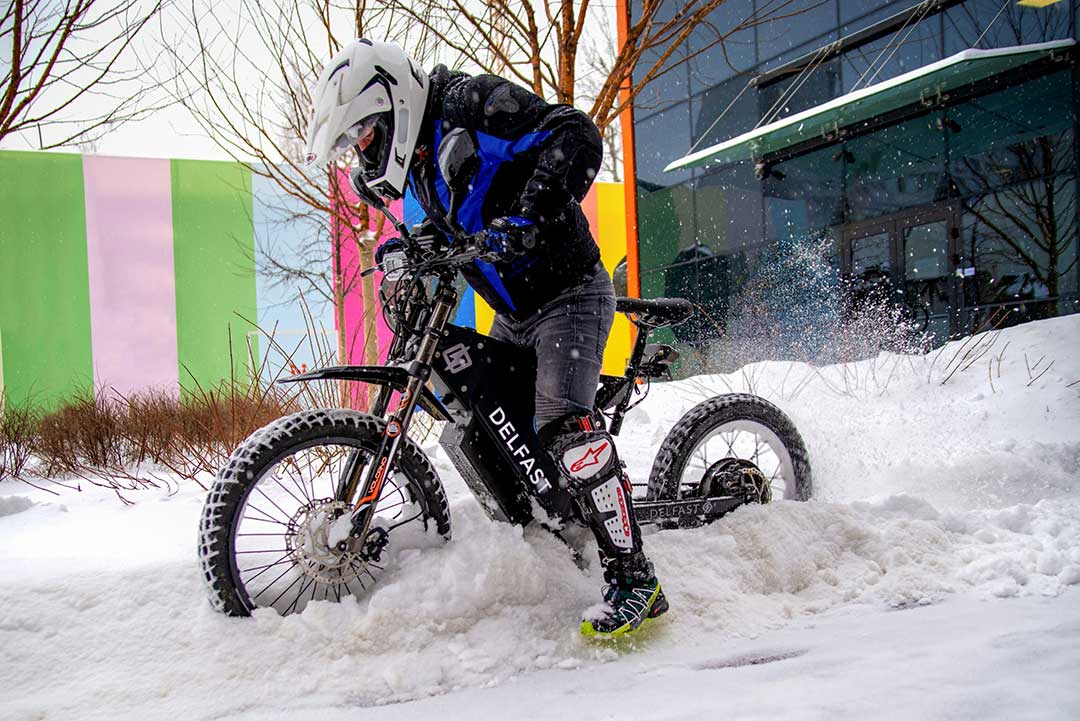 There’s no doubt that e-bikes are what booming in the urban mobility game. One company carrying the torch and leading the way for e-bikes is Delfast Bikes.

It’s possible you’ve heard of Delfast Bike by now. In case you haven’t, know that this is one of the e-bike manufacturers you should be keeping an eye on. Between 2014 and 2017, this company was hard at work delivering a different sort of product, parcels or packages, but behind closed curtains, Delfast was hard at work developing their own machine able to withstand the treacherous roads of Kyiv, Ukraine.

In 2016, this company began selling its first e-bike, and just a year later, in 2017, set a Guiness World Record for the longest e-bike ride on a single battery charge, 367 km (228 mi). How? Well, I mentioned the team had been working on something behind closed curtains, mainly, it was a battery management system.

Let’s face it, the e-bikes this team creates have way more to do than just simple battery management. Another aspect of design that Delfast seems to be partaking in, is that of creating an overall rugged and capable bike. How rugged? If you’ve been following along with autoevolution, you’d know that even the Mexicali Police are now using products from Delfast to monitor crime. Imagine seeing police officers silently chasing down fugitives. The days of horseback riding are over.

Recently, this EV company ran a $3,000,000 crowdfunding campaign to help expand and ease company operations. Now, anytime a company asks investors to throw in some cash, you’d better be sure they deliver. Such a doubt has no place if we’re to be talking about Delfast. By the end of the campaign, this team had raised $400,000 more than they initial sum aimed for.

“We are delighted to raise such a record amount in three months. This funding will take us one step closer to our goal to build an industry-leading e-bike manufacture and support a climate-safe transportation community around the globe,” said Daniel Tonkopiy, co-Founder and CEO.

But why was this campaign needed in the first place? I thought you’d never ask. Think if it this way. Before this crew launched the campaign, they already had $100 million in pre-orders. $100 million! Give the people $3,000,000! I wonder what the investor portfolios are looking like.

With the newfound cash, Delfast has invested in a production center in their own backyard and not in the current PRC. It looks like, slowly but surely, this team wants to transfer their e-bike production out of China, something a lot of e-bike companies see as out of the question.

A few days ago, the e-bike manufacturer released an announcement stating they’ve signed an agreement with Kyiv-based tech company ELMIZ. If you’ve never heard of ELMIZ, not to worry, your future Delfast e-bike will be assembled with the help of a company that has been specializing in the production of space docking systems, laser navigation and radio communication systems, and even automated devices for space vehicles. And that’s just a part of the story, ELMIZ also produces charging stations for electric cars, mining equipment, and porous cast aluminum for mechanical engineering, not to mention lighting systems.

“The factory has a wide experience in producing complex electronics, space systems and charging stations for electric vehicles. Considering its resources, expertise and qualified engineers, we can be sure that our e-bikes will be produced in a high quality and in accordance with our requirements,” says Tonkopiy about the agreement.

Currently, the new facility will be able to manufacture five e-bikes per month, while the goal is to increase production to 50 units per month by the end of 2021. One major benefit that Delfast customers can now look forward to is an increased production capacity, meaning you’ll get your bike sooner than anticipated; shorter delivery times for U.S. and E.U. clients by up to three weeks.

In my opinion, keep your eyes peeled as this company is setting a new standard for how an e-bike should perform. If you feel you’ve missed out on the investment opportunities this company has offered in the past, don’t. They are on a clear growing curve and even now is a good time to hop on the fastest e-bike for 2021 according to Forbes.

Right now, an Earth Day campaign is running on the manufacturers website that drops $1,556 off the 3.0’s starting price of $6649. So, you can get the freshest menace form this team for $5,256. Honestly, for that price, you’re buying an electric motorcycle that just happens to include a pedal-assist function.