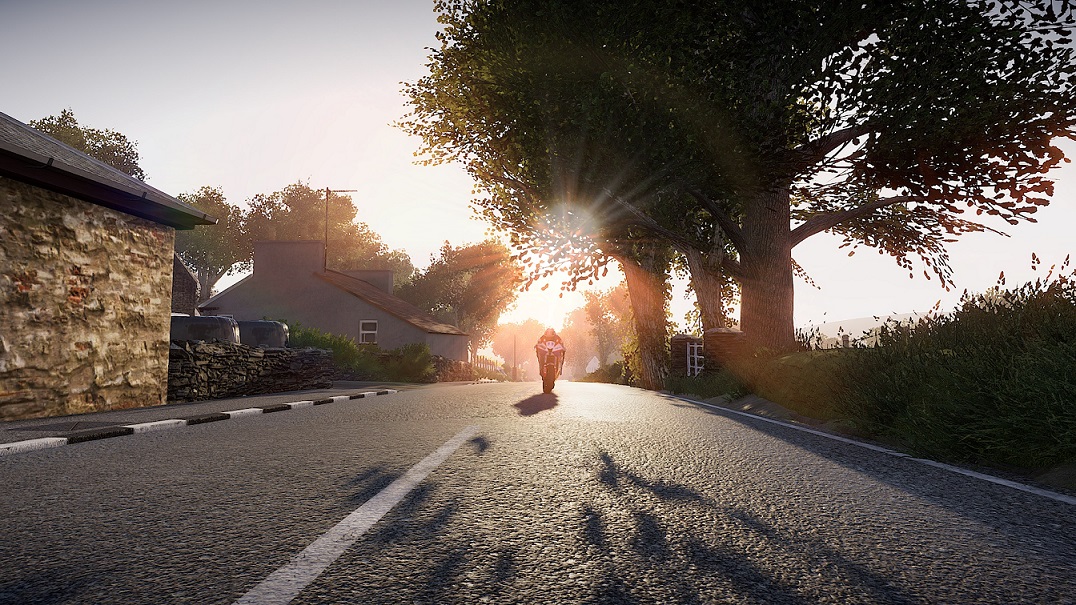 Lesquin, France, January 14, 2020 – As a new year begins, KT Racing returns with the sequel to the widely acclaimed TT Isle of Man. To provide players with the most realistic simulation possible, the studio turned to one of the best up-and-coming riders, Davey Todd, and the fastest French rider on the Isle of Man circuit, Julien Toniutti.

Davey Todd is a young English rider who specialises in road racing and already has an impressive trophy haul at only 23 years old. In 2018, while preparing for his first Isle of Man TT, Davey decided to practise on his brother’s console for two months so he could perfect his knowledge of the iconic 60km circuit. As a result, he was ranked 2nd in the game’s worldwide leaderboards and became the second fastest newcomer of all time in the real race. In 2019 he proved his riding talents in his second appearance at the TT by finishing in the top 8 in all categories and achieving 6th place in the Senior Race.

2020 represents a new year full of ambition for Davey, who is also the TT Isle of Man – Ride on the Edge 2 ambassador and the face of the game.

Like Davey Todd, Julien Toniutti collaborated on the game’s production by sharing his experience and impressions with the developers to help them create a strikingly realistic simulation and optimise all aspects of the riding physics.

“Competing in the TT is the ultimate dream of any rider. In TT Isle Of Man – Ride on The Edge 2, the aim is to reproduce the sensation of speed and adrenalin, as well as the concentration and control required for any Tourist Trophy rider, while the player sits comfortably in their chair, risk free,” said Julien.

Julien Toniutti is an experienced rider who has taken part in the TT three times. In 2018 he beat the all-time fastest lap record for a French rider on the Isle of Man circuit and subsequently received the “Fastest French Road Racing Rider” award at the Paris Motorcycle Show.

In the next few weeks, you can experience the fruit of these collaborations and the resulting improvements by picking up a controller.

Created in 1907, the TT is the world’s most famous motorcycle race. The 61km course with 260 bends is the most iconic circuit for road-racing riders. With officially licensed riders, bikes and tracks, TT Isle of Man – Ride on the Edge 2 boasts new physics and a new career mode for players to improve their riding skills.

About Bigben
Bigben, a leading publisher of video games on PC and consoles, is known for its creativity and innovation. After its acquisition of four development studios (Cyanide, Eko, KT Racing and Spiders), which are all internationally recognised for their expertise in different genres, Bigben is strengthening its position as a developer and publisher of premium games and is aiming to become the world’s leading AA publisher. www.bigben.fr

About Kylotonn
Created in 2006, Kylotonn is one the most important French video game development studios, also known under KT Racing label. Specialized in motorsports and official developer of the WRC FIA World Rally Championship series and Isle of Man Tourist Trophy, the company is internationally recognized for its know-how and for the passion of its teams. With more than 100 employees as of today in Paris and Lyon, Kylotonn has developed more than 25 titles distributed by major publishers. Kylotonn has forged itself a strong technological expertise thanks to the real-time 3D engine KT Engine that the company owns. At the forefront of the video game industry, this technology is also used within R&D partnerships on autonomous vehicle projects in the automotive industry. Since 2018, Bigben Interactive, one of Europe’s leading video game publishers, holds a 100% stake in the company. Kylotonn is member of the French National Developers Federation (Syndicat National du Jeu Vidéo) and Capital Games. The company is supported by BPI, IFCIC and the Ministry of Higher Education, Research and Innovation.
For more information, visit Kylotonn’s website: www.kylotonn.com and follow the news on social networks Facebook, Linkedin, Twitter and Youtube.