Critical comments by Happer and Lindzen on SEC Rule 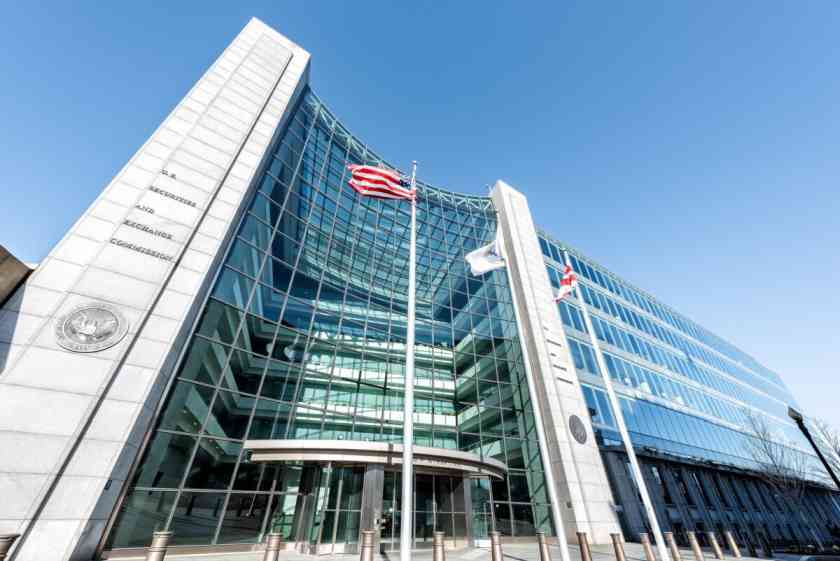 By Andy May from https://clintel.org/

In its original form the federal government could not do very much beyond regulating interstate commerce, foreign affairs, and “provide for the common defense.” To restrict the federal government even more, the Constitution made sure each branch of government, the executive, the legislative, and the judicial, each had powers that restricted the other branches.

Thus, for the country’s first 120-140 years, the federal government was a sideshow, the heart of the United States was the center of business and commerce, the cities of New York and Chicago. The businesses did well, so well that the government began to issue itself powers to control businesses and their transactions. One of these controlling bodies is the U.S. Securities and Exchange Commission (SEC). Its mission is to:

“… protect investors; maintain fair, orderly, and efficient markets; and facilitate capital formation. The SEC strives to promote a market environment that is worthy of the public’s trust.”

Recently, the Biden administration has tried to use the powers of the SEC to force companies to disclose information on their supposed climate-related business risks through a proposed SEC rule. Two esteemed members of the CO2 Coalition, Princeton Professor, emeritus, William Happer and MIT Professor, emeritus, Richard Lindzen have reviewed the proposed rule and filed a critical comment on the rule with the SEC. In addition, they have filed an amicus curiae court brief with the U.S. Court of Appeals for the Fifth Circuit stating that they do not believe there is a climate-related risk related to burning fossil fuels, and the resulting CO2 and other greenhouse gas (GHG) emissions. This post discusses both filings made by Happer and Lindzen.

“It is utter nonsense”
The proposed SEC rule does not establish that there is a climate risk, they simply assume there is, based upon President Biden’s Executive Order 13990 and the various IPCC Reports. The amicus curiae brief deals with the executive order and its underlying technical support document’s (TDS) social cost of carbon (SCC) calculations.

Happer, who has studied possible CO2 related climate change for over 40 years, succinctly states his opinion:

Lindzen has studied climate even longer than Happer, his comment:

“What historians will definitely wonder about in future centuries is how deeply flawed logic, obscured by shrewd and unrelenting propaganda, actually enabled a coalition of powerful special interests to convince nearly everyone in the world that carbon dioxide from human industry was a dangerous, planet-destroying toxin.

“It will be remembered as the greatest mass delusion in the history of the world – that carbon dioxide, the life of plants, was considered for a time to be a deadly poison.”

Happer and Lindzen point out that these proposed reporting requirements will cost U.S. businesses more than $6.4 billion and might interfere with their ability to raise the capital they need to expand production of oil, gas, and coal. This latter problem is expressly opposite of the SEC mandate from Congress. The rules will increase the cost of fossil fuels, provide no benefits, and expressly harm the poor, who pay a larger percentage of their income for fuel. Happer and Lindzen believe there are no climate risks related to burning fossil fuels; thus, estimating and reporting these imaginary costs will unnecessarily and unfairly restrict the companies’ ability to borrow money because the additional risk reduces their value.

The SEC assumption is made because many prominent climate scientists share an opinion (the so-called “consensus”) that humans are affecting the world’s climate by burning fossil fuels and emitting large amounts of CO2. They also share an opinion that this is a bad thing. However, in the scientific world, the opinions of scientists and politicians are not relevant. This is not to say that anthropogenic climate change or the possibility of an anthropogenic climate change disaster are disproven, it is just to say that no valid evidence exists to support these hypotheses. This concept is examined in more detail here.

The SEC rule requires disclosure of each company’s GHG emissions to the SEC and in their annual reports. The purpose of these disclosures is to provide “decision-useful information to investors.” Obviously, the usefulness of this information hinges on the assumption that GHG emissions are a significant influence on climate and somehow harmful to the company’s future viability. These assumptions are disputed by Happer and Lindzen.

Richard Feynman
Neither Happer nor Lindzen believe the SEC and TDS arguments are scientifically valid. They state that reliable scientific theories make predictions that are later validated by observations. They are not from a scientific consensus, government opinion, peer review, or manipulated data. In the words of Professor Richard Feynman, as quoted by Happer and Lindzen:

“[W]e compare the result of [a theory’s] computation to nature, … compare it directly with observations, to see if it works. If it disagrees with experiment, it is wrong. In that simple statement is the key to science.” Richard Feynman, The Character of Physical Law (1965), p. 150.”

Models have been created to show the hypothetical human-caused changes to climate and the supposed damage these changes might cause. Unfortunately, or fortunately, perhaps, the models do not compare well to observations. Using Feynman’s rule, this invalidates the catastrophic climate change hypothesis. See here for more on the model/observations mismatch.

While the SEC can make rules mandating disclosure of valid risks to a business, it should not mandate disclosure of imagined risks that are not scientifically established.

The underpinnings of the SEC proposed rule are from President Biden’s Executive Order 13990, and the so-called TDS. These documents compute the total cost of burning fossil fuels, including the imagined cost of GHG-caused climate change or SCC. The dollar value assigned to the GHG emissions is computed by bureaucrats in the executive branch, essentially giving them the authority to tax any business that produces or uses fossil fuels (essentially every business), without authorization from Congress.

Happer and Lindzen also show that President Biden’s executive order, which mandates agencies determine the social benefits of reducing GHG emissions, is seriously flawed. The executive order ignores the benefits of additional CO2 and other GHGs, aka the negative costs.

Biden ignores evidence
Biden’s executive order relies very heavily on the famous IPCC climate change reports of the past thirty years, but as Happer and Lindzen make clear the IPCC rules state that all governments approve the IPCC summaries for policymakers (SPMs) at the head of each IPCC report. The SPMs are government opinions, not scientific documents. Everything in the IPCC report must conform to the SPM, thus the scientific content must be adjusted to match the government opinions, a clear violation of the scientific principle that only a comparison to real-world observations can validate a theory. Even after a theory successfully predicts specific observations, the theory can still be challenged with additional observations, a theory is never proven, it only survives challenges. Government dictates are not validation.

Both the IPCC and Biden’s executive order ignore the abundant evidence that additional CO2 is beneficial. Happer and Lindzen remind us that nearly all the food we eat and all the oxygen we breathe comes from the photosynthesis of CO2 and water. Plants evolved when atmospheric CO2 concentrations were several thousand parts per million (PPM), compared to the paltry 400 PPM in the atmosphere today. All plants grow faster with more CO2, and they use less water per pound of growth, which is why modern greenhouses add CO2 to their air.

Happer and Lindzen emphasize that agricultural crop yields have benefited from the addition of fossil fuel generated CO2 in the atmosphere. Global agricultural output has increased almost 300% since 1961 due to additional CO2, better seeds, more and better fertilizer (from fossil fuels), and better water management, more details can be seen here.

In summary, Happer and Lindzen write that the SEC and Executive Order 13990 section 5 are based on multiple violations of the scientific method and will be disastrous for poor people worldwide, future generations, and the United States. They note that both the executive order and the SCC rule violate the 1993 Supreme Court definition of “scientific knowledge,” the Daubert decision reads:

“[I]n order to qualify as ‘scientific knowledge,’ an inference or assertion must be derived by the scientific method, any and all scientific testimony or evidence admitted [must be] …reliable,” “tested,” and “supported by appropriate validation.” Daubert v. Merrell Pharmaceutical, Inc., 509 U.S. 579 (1993) (emphasis added)”

Federal law requires all government agencies to weigh costs and benefits of a project or rule. However, Executive Order 13990 directs agencies only to weigh the purported costs, this clearly violates the Congressional mandate. The brief concludes that the President has improperly exercised executive power by using the device of a so-called interagency work group to create a law, which is beyond his Presidential authority under the U.S. Constitution. In the words of U.S. Supreme Court Justice Brandeis (1926):

“The doctrine of the separation of powers was adopted by the convention of 1787 not to promote efficiency but to preclude the exercise of arbitrary power. The purpose was not to avoid friction, but by means of the inevitable friction incident to the distribution of governmental powers among three departments, to save the people from autocracy.”

The arbitrary SEC rule and President Biden’s Executive Order 13990 are exactly what the U.S. Constitution was designed to prevent.

Special thanks to Gregory Wrightstone and Dr. Richard Lindzen of the CO2 Coalition for their helpful suggestions and encouragement.