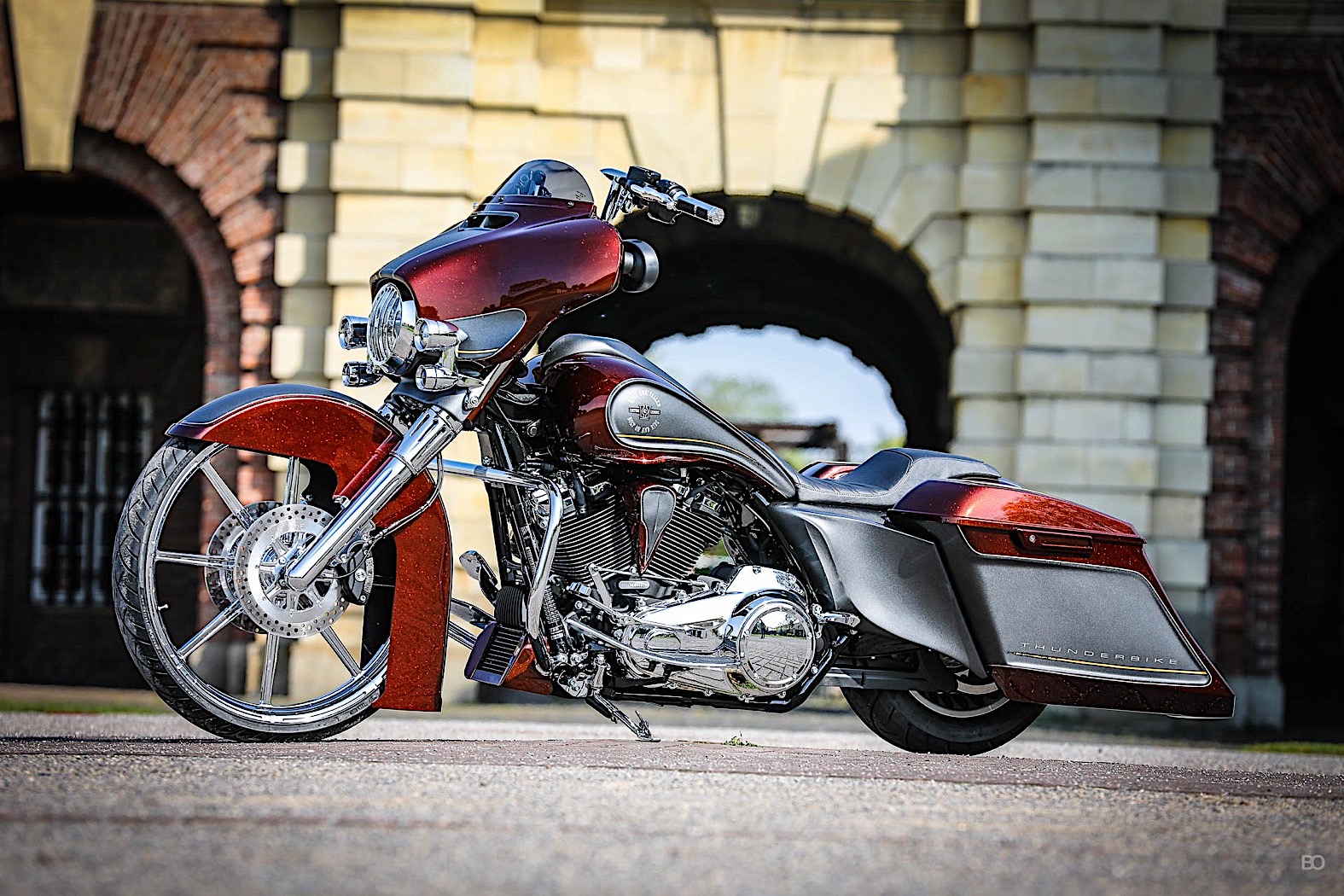 The Harley-Davidson Street Glide is one of those bikes you should not mess with. Described by its maker as a stripped down version of a hot-rod bagger, the no-nonsense bike has been made with long trips in mind.

But baggers have also been favorites of the custom industry. Either reshaped from stock motorcycles or made from scratch on a custom frame, custom baggers are a common sight on American roads.

We’re not sure how many of them are in Europe, but you can count at least one, this one here. The work of a German shop that goes by the name Thunderbike, it takes a stock Harley Street Glide to whole new levels of cool.

The build is based on 2017 Street Glide Special, still packing the original Milwaukee-Eight engine. But other than that everything about it is enhanced, including the name.

Using custom parts made all over the world, Thunderbike kept the overall appearance of the motorcycle, but increased the size and reach of most of the hardware on the bike, from the front fender to the saddlebags at the rear. The fairing at the front, the fuel tank behind it, and the wheels – including the barely visible one at the rear – are of course custom, and contribute to giving the bike a retro-style look.

Thunderbike, who has been in the business of engineering motorcycles for the past 25 years, is usually very good at naming its creations too. And even if the name of this one might seem a bit pompous, there’s a reason for that.

The CCE in the name stands for Custom Chrome Europe, a parts wholesale company founded in 1986, while Thunderbolt is the creative side of the project.