BMW’s most ‘avid motorcycle rider’ is a woman. She’s also in charge of the company 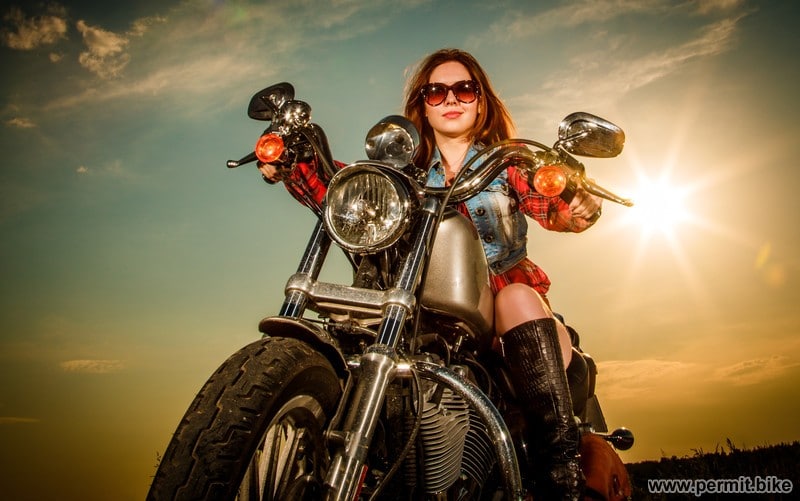 BMW(NEW YORK) — Trudy Hardy is no stranger to motorcycles.

Hardy, a licensed street rider for 20 years and former executive at British carmaker MINI, now sells the “2-wheeled side of life” as vice president of Motorrad of the Americas, BMW’s motorcycle division. Her position puts her in charge of motorcycle operations in the U.S., Canada, Mexico, Argentina and Brazil and she oversees the brand’s 150 U.S. stores.

Few women hold high-level executive roles in the motorcycle industry even as the number of female riders has jumped to 19% in 2018 up from 10% a decade ago.

Hardy, who was appointed to the position last July, views women as an important part of Motorrad’s business, which has been primarily men in the 45 to 55 age group.

“We’re broadening the range [of bikes] we have … ones that have lower ride height or adjustable suspensions,” she told ABC News at Motorrad’s U.S. headquarters in Woodcliff Lake, New Jersey. “Women need to be comfortable on the bikes they choose.”

She added, “We want to expand our audiences. There’s a lot of untapped potential for us.”

Last week BMW unveiled the R 18, a retro-styled bike geared toward the U.S. market and Motorrad’s first entry in the cruiser segment. The bike’s ergonomic design allows for relaxed riding and optimum control, making it appealing to women. Motorrad’s entry-level bikes, the G 310 GS and G 310 R, were also built and priced to attract female riders, according to the company.

“It seems to be exponentially growing,” she told ABC News.

There are two reasons women are turning to bikes, she said: more gear in women’s sizes and the rise of female enthusiast groups on social media. She has also noticed an emphasis on female-focused advertising when there are women executives in the industry.

“I was personally very excited to see BMW choose a woman for that leadership position,” she said, referring to Hardy. “BMW tends to be seen as a conservative company. She was the most qualified candidate — for sure.”

Mark Hoyer, editor-in-chief of Cycle World magazine, pointed out that there has been an increase in ride events and tours marketed directly at women, such as Babes Ride Out and The Suffragists Centennial Motorcycle Ride. Harley-Davidson has also led the charge on getting more women excited about bikes by hosting “Women-only Garage Parties,” a concept it piloted in 2006 with its dealer network.

“The industry has evolved significantly in the last 10 years,” he told ABC News. “It tended to be more masculine … an old time, chest-pounding culture.”

More women are signing up for safety training and the proliferation of online groups and platforms has encouraged women to take up motorcycling, said Andria Yu, director of communications at the Motorcycle Industry Council (MIC). Women riders spend an average of $574 a year on tires, routine repairs, maintenance, replacement parts, modifying equipment and accessories compared to $497 that men spend, according to the 2018 Motorcycle Industry Council Owner Survey. Female entrepreneurs are also filling a much-needed void in the industry by manufacturing gear cut specifically for women, Yu noted.

Yu, a former journalist, started riding in 2001 to save money on her long commute to work and was soon hooked.

“I just found riding to be so much fun,” she said.

Hardy’s team of 50 U.S. employees includes 14 women, some of whom are avid riders. But knowing how to ride “is not a prerequisite to work here,” she said. “It’s not for everybody and I never push it on someone who does not feel comfortable on two wheels.”

For Hardy, being on a motorcycle “is an escape mechanism,” she said. “I love the feeling of really being in control.”

But convincing Americans to embrace Motorrad’s “make life a ride” slogan has been a challenge for the brand and industry leader Harley-Davidson. Motorrad delivered 175,162 bikes globally in 2019, an increase of 5.8% from 2018. BMW, however, acknowledged that 2019 was a “difficult market environment” for the brand, with sales in the U.S. and Canada totaling 15,116 units. Harley-Davidson’s U.S. bike sales in 2019 fell for a fifth straight year and the company recorded its lowest global motorcycle shipments in a decade. The COVID-19 pandemic will also likely put a serious dent in industry sales with the closure of manufacturing plants and dealerships.

Hoyer said the decline in motorcycling could partly be attributed to the high barriers of entry and associated costs. The used market now accounts for 70% of motorcycle transactions, according to Hoyer.

“You’re not giving up much when you buy used,” he said. “They’re affordable and the safety and stability control have improved immeasurably.”

He added, “Bikes, like Harley-Davidsons, have traditionally held their value.”

Schmitt said industry sales never really bounced back from the Great Recession in 2008 and 2009.

“Young people have so many enthusiast options available to them now,” she said. “They live differently than their parents and grandparents.”

Hardy conceded that Motorrad’s demographic has been “aging a bit” and her focus now is bringing younger riders into the brand and “targeting the right person with the right bike.” The BMW name has also presented its own challenges.

“We have this perception that we’re expensive to own — we need to overcome this,” she said. “We have some very affordable and attainable bikes that have a lot of safety equipment on them that our competitors do not.”

Hoyer noted that Motorrad’s string of recent products has helped it take market share away from competitors like Honda and Royal Enfield and buck the downward sales trend.

“Motorrad has done an excellent job of embracing its own history,” he said. “The Heritage line has been very successful.”

Hardy said her top goals this year as head of Motorrad USA are to create more passionate riders and to get back on her own bike. She even launched a training program for all BMW staffers who want to get a motorcycle license.

“This should be the most fun place to work in the BMW Group family,” she said.