BMW Unveils The Secrets Of Its New 1,800cc Boxer 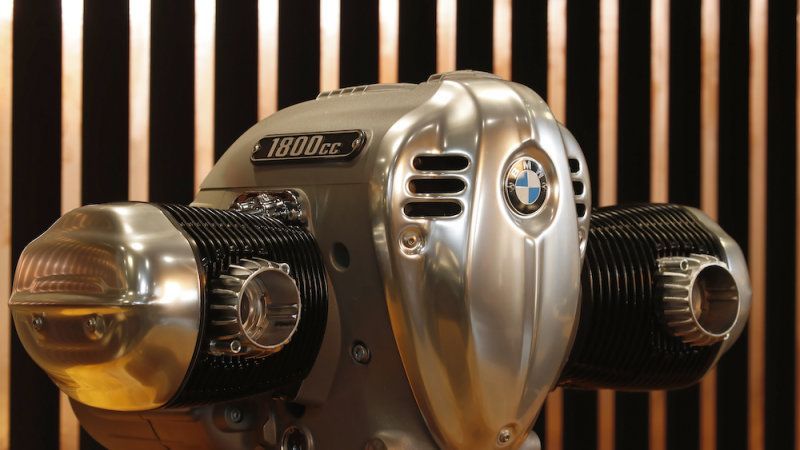 BMW is working on the development of its biggest Boxer engine yet. The details surrounding the new engine, however, have been scarce, despite the manufacturer showcasing not one but two concepts built around the engine. The House of Munich has managed to keep the mill’s specs secret. Until now. The company has finally opened up and shared the details of the new engine. Here are the big lines.

We got our first look at the Big Boxer in December 2018, when the 1,800cc mill showed up in the R18 Departed custom design presented at the Yokohama Hot Rod Custom Show. It then popped again in Revival Cycles’ birdcage bobber custom. BMW finally came out with its own design in May, dubbed the R18 Concept.

We now know that the model is heading for production and that it will launch sometime in 2020. Until now, however, the engine that underlines the new big German cruiser has remained a bit of a mystery. The displacement and the number of cylinders were the only available specs. Not anymore! We now get a full portrait of what’s going on inside the massive block.

First off, to be specific, the engine’s displacement is 1,802cc rather than the round number it’s been referred to for the past few months. The two cylinders have a 107mm bore and the aluminum pistons, a 100mm stroke. The engine weighs a staggering 244.3 lb—including the transmission and the intake system.

The engine’s over-head valve with dual camshaft set up is inspired by BMW’s early Boxers like the one found in the 1936 R5. To avoid excessive vibration of the crankshaft caused by the cylinders’ massive volume, an additional bearing has been added at the center of the shaft.

What about power figures? We have those too! The new ginormous Boxer is expected to produce 91 horsepower and 116.5 lb-ft of torque at 3,000 rpm. BMW adds that the engine will max out at 5,750 rpm.

Availability of the BMW R18 (provided that will remain the name once it hits production) has yet to be announced.

For those of you familiar with all the technical lingo, I have joined the full BMW press release if you want to learn more about the finer details of the new engine.

BMW Motorrad says ‘Big Boxer’ is its most powerful boxer engine ever
by Sven Gustafson from https://news.yahoo.com/

BMW is dishing new details on the newly developed but throwback-style 2-cylinder boxer engine that features in four Motorrad concept bikes unveiled over the past year that look increasingly likely to presage production motorcycles.

Dubbed the “Big Boxer” by BMW, the 1,802 cc (1.8-liter) flat-twin features in the Concept R18/2, shown earlier this month at EICMA, the Concept R18, and the Motorrad-suppported concepts the Departed by ZON and Revival Cycles’ Birdcage. It’s said to be the most powerful BMW boxer engine, making 91 horsepower and 116 pound-feet of torque and is said to balance high pulling power and running smoothness.

BMW says the engine harkens to the first air-cooled Motorrad boxer engines that debuted in 1923 and stayed in production for about 70 years, with the same overhead valve drive and separate engine and transmission housings and built to be reliable and easy to maintain. but the new Big Boxer is air- and oil-cooled, of course, and the quenched- and tempered-steel crankshaft has an additional main bearing at the center to prevent against unwanted bending vibrations in the large-volume cylinders. It also has a vertically split aluminum engine housing. A wet sump lubrication system supplies the lubricating and cooling oil via a two-stage oil pump and a sleeve-type chain driven by the crankshaft.

It was also inspired by the 2-cylinder engines of the R5 and R51, from 1936 to 1941, and the R51/2, from 1950-51, that featured two camshaft driven by the crankshaft via a sleeve-type chain and similarly positioned to the left and right above the crankshaft. That makes for shorter pushrods and reduced moving masses, among other advantages, plus improved precision and higher speed stability. Rather than employ modern hydraulic elements for valve clearance, the new engine also borrows the legacy Motorrad boxer method of employing adjusting one screw and a lock nut for each steel valve.

The transmission is a constant mesh six-speed, with a reverse gear available as an option, and torque transmitted to the rear wheel via a propeller-shaft or universal-shaft drive. Both the propeller shaft and the universal joint are nickel-plated and open in another wink to Motorrad history on models through 1955.