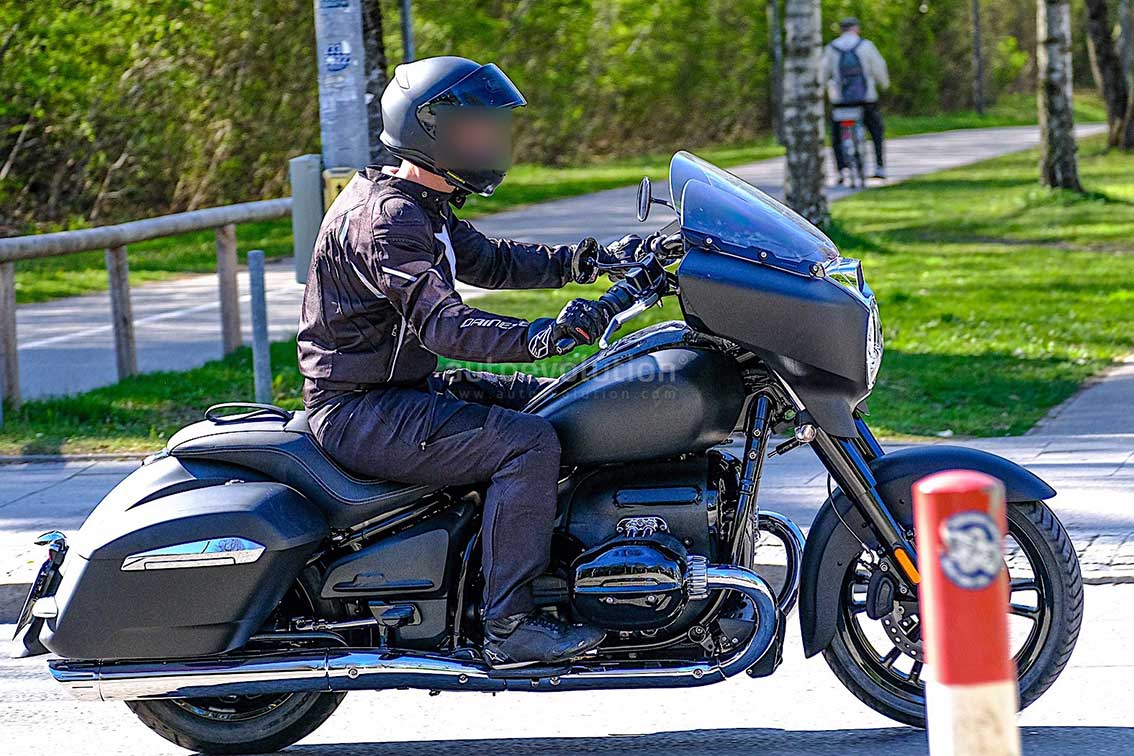 A little more than a year ago, BMW returned to the cruiser segment with the mighty R 18 motorcycle. Designed to take on the big boys of the segment, specifically Harley-Davidson and Indian, the range will get a few more versions very soon.

The line already comprises the standard cruiser and the more touring-oriented Classic. They will be joined by a sportier incarnation, R 18 B, and the Transcontinental classic tour-oriented two-wheeler, which according to our sources, will likely be revealed as soon as this June.

Like all other bikes in the family, the new ones are said to use of the same 2-cylinder engine that is 1,802 cc in displacement, albeit fitted inside a slightly larger frame required to accommodate the needs of longer cruises. Named by the Germans Big Boxer, the powerplant is rated at 91 hp and 158 Nm (116 lb-ft) of torque in the existing bikes, and that will probably be the case with the new ones as well.

The B will come with a large fairing and a short windshield, while the Transcontinental will sport a larger windshield, additional headlights, and a top case at the rear. Both new models will get a larger tank, 10.5-inch TFT screen, and even an area with inductive charging for smartphones.

The wheels are likely to remain the same in size, namely 19-inch front and 16-inch rear wheels, only in a new design. Visually, the B will take a darkened approach to things, while the Transcontinental will go for chrome.

According to the spies that captured the photos you see in the gallery, the R 18 B should tip the scale at 365 kg (805 pounds), while the Transcontinental is said to come in at over 400 kg (882 pounds).

Full details on the new bikes, and uncamouflaged photos, will be thrown into the wild by Motorrad soon.