BIKERS WIN BIG IN THE HOUSE, PREPARING FOR SENATE VERSION 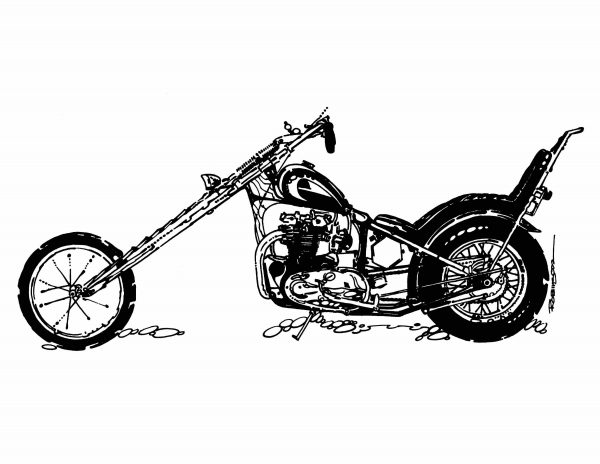 Today the full House of Representatives passed H.R. 2, INVEST in America Act (Moving Forward Act), also known as the highway bill. The bill is over 2,000 pages and includes five beneficial provisions for motorcyclists.

At every step along the way, the Motorcycle Riders Foundation (MRF), our State Motorcyclist Rights Organizations (SMRO) partners, and individual members have fought for the inclusion of these policy changes. The original bill included an increase in motorcycle safety funding; however, this was the only specific mention of motorcycles or motorcyclists. During the Transportation Committee markup of the bill, protections related to profiling, autonomous vehicles and the Motorcyclist Advisory Council were added via amendment. Finally, during the final vote on the House floor, an additional amendment was added that helps collect data on motorcycle profiling.

With the passage of this bill in the House of Representatives, focus will now turn to the Senate. The Senate will likely roll out its own version of a “highway bill” in the coming weeks. The House and Senate will then have to negotiate and compromise to develop a bill that can pass both chambers and be signed into law. Remember, the current legislation expires on September 30, 2020, so Congress must act to ensure important transportation programs are funded.

After the final vote, MRF President Kirk “Hardtail” Willard stated, “I am pleased that in this massive 2,300 page piece of legislation passed today, the rights and freedoms of motorcyclists were not ignored. Let’s now take the same enthusiasm and passion that won us these victories to the Senate. Our work is not done, we must remain vigilant in the defense of these hard fought priorities.”

We at the MRF will fight to ensure that these hard-fought victories in the House of Representatives are included in the Senate’s bill. Thank you to everyone who reached out to their Representative over the past few months. These victories for motorcyclists would be impossible without the grassroots efforts of our members. Let’s celebrate our successes and get to work on making sure the Senate follows suit.

Below is a brief recap of the five provisions that the House of Representatives has now passed and included in this major piece of legislation:

Profiling: An amendment by Congressman Troy Balderson (OH-R) during the committee process changes federal law to prevent state and local governments from using funds from the Department of Transportation to “profile and stop motorcycle operators or motorcycle passengers using as a factor the clothing or mode of transportation of such operators or passengers.”

A second amendment by Congressman Tim Walberg (MI-R) and Congressman Michael Burgess (TX-R) added the term “mode of transportation” to a newly created grant program for racial and ethnic profiling. The program allows states to use federal money to collect data on traffic stops. Originally the only information that states were required to record was the driver’s racial and ethnic makeup. With this added language, states will be required to collect the “mode of transportation” of the person being stopped as well. Motorcyclists will now be able to review state data on traffic stops and determine if motorcyclists are stopped disproportionally by law enforcement. This amendment was a joint effort by the Co-Chairmen of the House Motorcycle Caucus and was added just hours before the final bill was passed.

Congressman Gallagher’s addition to the bill creates dedicated seats at the table for motorcyclists’ rights groups and manufacturers. It also requires a report every two years to be made to the Secretary of Transportation and Congress.

Motorcyclist Safety Funds: The bill, as first introduced, would increase the 405 safety funds made available to states for motorcyclist safety by $1,473,285 for the next fiscal year with increases through 2025. This is an increase in the program of roughly 34% over current funding levels. Under this bill, the total amount available to states in the next fiscal year would be $5,761,785.