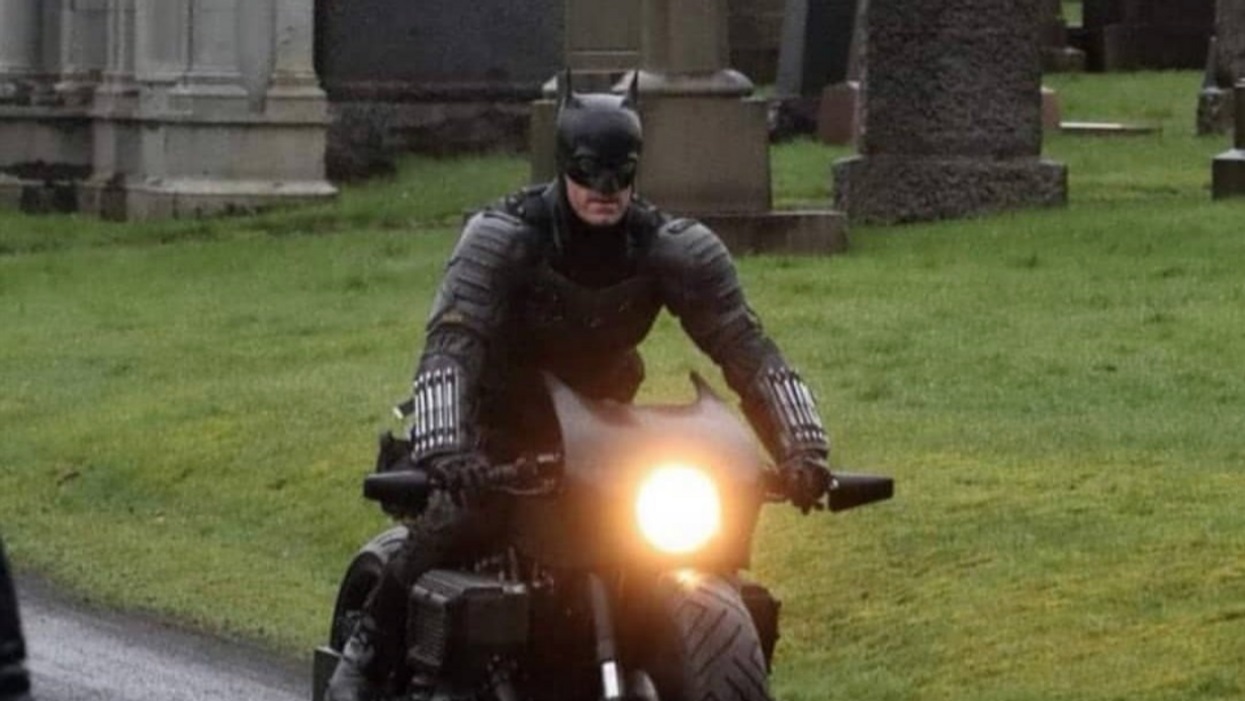 by Giancarlo Sopo from https://www.theblaze.com/

‘The Batman’ will feature an all-star cast

Dubbed the most conservative superhero, Batman is back with a new film.

Titled “The Batman,” the movie will star English actor Robert Pattinson as the caped crusader. Though the movie is not set to be released until some time in 2021, filming is already under way in Glasgow, Scotland.

While not much is yet known about the latest installment in the Batman saga, director Matt Reeves shared a teaser trailer last week that immediately went viral.

Batman flies off his motorcycle

Fans of the comic book legend were also abuzz on Friday after a video was leaked showing Batman flying off his motorcycle during a filming session in Europe.

The latest Batman film will bring together an all-star cast playing classic villains and characters of the beloved series. Paul Dano of Showtime’s “Escape at Dannemora” will play the Riddler while star Colin Farrell will be the Penguin.

Meanwhile, Jeffrey Wright of HBO’s “Angels in America” will star as James Gordon and Andy Serkis, of “Lord of the Rings” will play Batman’s legendary butler, Alfred Pennyworth.

Batman falls off motorcycle during the filming of #Batman https://t.co/4Dj21fF63Y