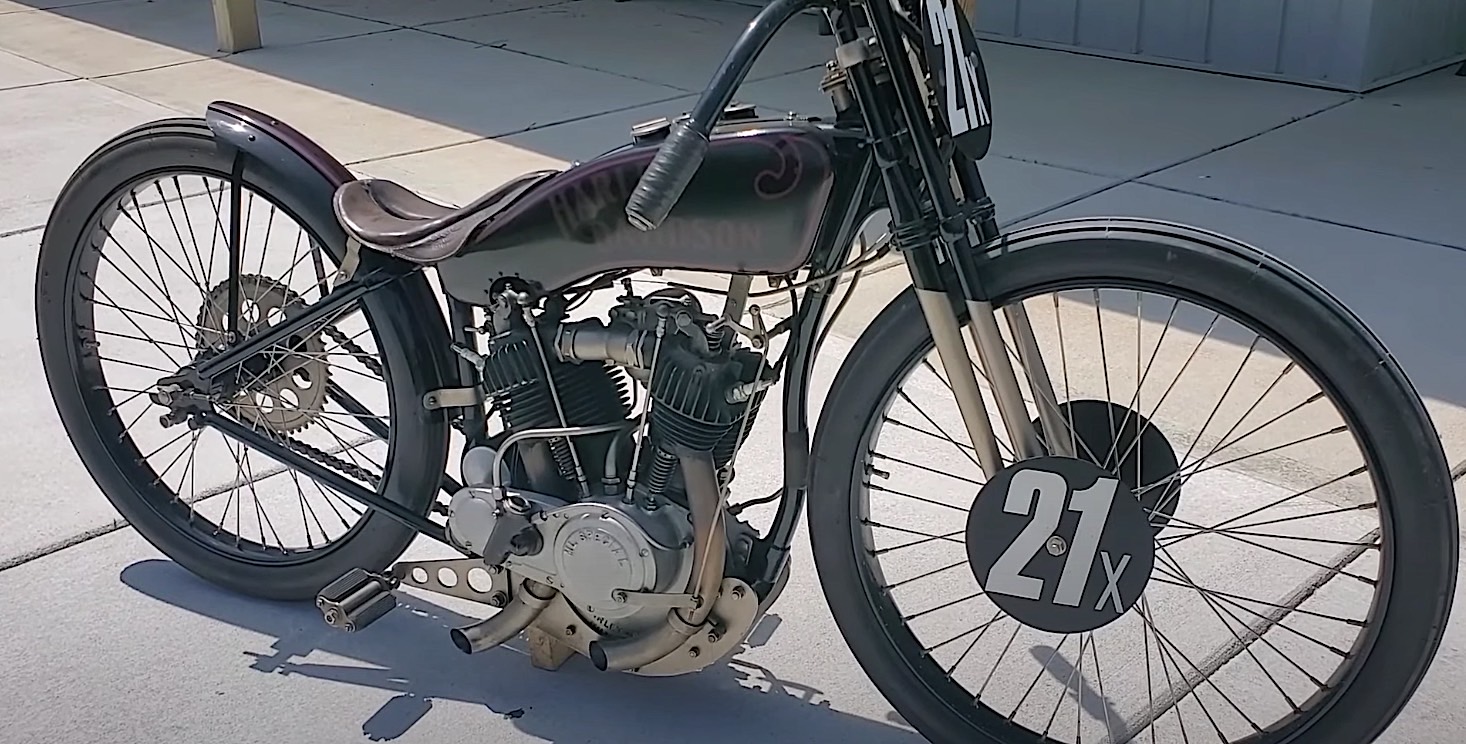 At the beginning of last week, bike maker Harley-Davidson announced it is holding a special online event dedicated to all those bike builders who were robbed by the health crisis of the chance of showing their creations in live motorcycle shows.

Called The No Show, the Harley event brought together on Youtube and Instagram around 60 bike builders across the U.S., each showing and advertising their bikes the best they could. Of the 60, Harley chose three to be named winners in various categories – Media Choice Award, H-D Styling & Design Award, and Harley-Davidson Museum Award.

As far as Styling & Design, the bike was selected and the crown was handed by Brad Richards, the man in charge of design at Harley, to a build called 2-Cam Banjo Board Track Racer.

The bike is the work of a man from Wisconsin named Michael Lange. Describing himself as a bike builder for 50 years and a self-employed man for the past 30, Lange decided to bring to The No Show a motorcycle he built way back in 1996, one he was supposed to show at this year’s Mama Tried.

The man’s confidence in the bike paid off, given his build won one of the three awards, but perhaps for him that’s just a small achievement.

Running on massive wheels and packing a host of custom-made parts, from the engine itself to the fuel tank and the frame, the Banjo is of course an odd sight on the roads today, but it is a common one at various racing events still paying tribute to the racing bikes of old.

Lange says he originally built the bike to race it as a privateer, and race it he did for the past 24 years without many major issues. You can watch he has to say about the motorcycle in the short video attached below this text.