Kawasaki Z900 review: You don’t have to get your kit off and start a fight to like it 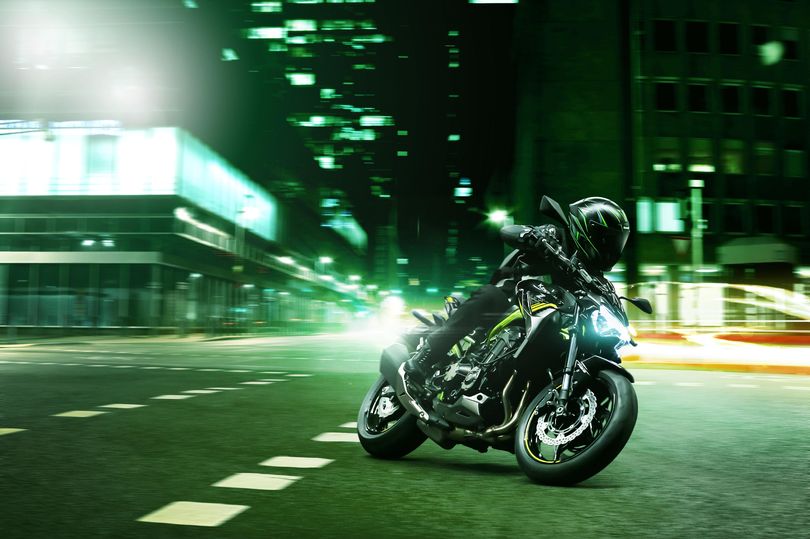 It may be an evolution rather than a revolution, but the latest version of this popular naked streetfighter looks good and is tons of fun, with a great engine and a very attractive price tag

Question: A naked streetfighter is

a) A football fan after the bars shut in a nudist colony.

b) Someone who thinks that naked streets should be brightened up with those nice hanging baskets full of petunias.

c) The small green thing on which I’m hurtling around a corner with a smile on my face.

The answer, of course, is c – in other words, a sports bike which has been stripped bare of any fairings, folderols and fripperies to look more lean, mean and aggressive.

To be honest, it didn’t really need to update this one apart from the pressure of Euro 5 emissions demands from Brussels, but the Kawasaki boffins thought they may as well take the opportunity to tweak a few other things while they had their sleeves rolled up.

They started with the aesthetics, reshaping the nose, side panels and fuel tank for a more aggressive look, and sticking in LED headlights while they were at it.

Thankfully, they didn’t muck about with the seating position, which, while slightly compact for anyone of 6ft 7in like me, is perfect for smaller folk, canting you forward slightly to leave your hands resting lightly on the wide bars and needing only the hint of a nudge to leave you carving into bends like a cornering craftsman or woman on their way to a BBQ for a bit of LOL.

It’s one of those bikes on which you only need to think of where you want to go, and you’re already there.

Anyway, where was I? Ah yes, admiring the new TFT screen, which although only 4.3n compared with some of the 7in monsters out there, shows all the information you need at a glance, including which of the four riding modes you’re in – Rain, Road, Sport or Rider if you want to reduce the ABS or the newly added traction control.

Or even switch the latter off completely if you like the smell of burning rubber in the morning, and your dad owns a rear tyre shop and gives you mate’s rates.

It being the sort of bright, sunny day which makes you glad to be half alive, I spurned Rain, since that reduces the power and I usually get bored with that after five seconds, and launched straight into Road. I know, call me a wild, impetuous fool, but my family motto is Carpe Diem. That’s Latin for Seize the Fish, since you ask.

Anyway, where was I before I interrupted myself again? Ah yes, enjoying the splendidly brisk progress, aided and abetted by a light clutch and slick gearbox and accompanied by a civilised snarl, like a well-brought-up lion.

With a bigger catalytic converter and exhaust, it definitely sounds better than the previous version to my ears, well tuned over the years by waiting for the rare sound of incoming cheques hitting the doormat.

The clutch and gearbox are so good that while a quickshifter would be a nice option, it’s not necessary and would remove that very attractive eight at the start of the price tag.

Time to switch to Sport mode with a quick press of the button on the left bar, and…there was no difference at all, since as I later discovered, all it does is reduce the traction control.

Either way, there’s so much grunt from the engine that you can quite happily spend all day in the top three gears.

With decent Nissin calipers and big twin discs up front, braking is great, although there’s poor feel and bite from the rear brake. Mind you, most sporty riders I know aren’t even aware that bikes are fitted with rear brakes.

The suspension, meanwhile, is nicely balanced between firm and plush, keeping the bike stable in corners but soaking up rough patches without having a panic attack.

All in all, looks good, loads of fun, great engine and a very attractive price.

Now if you’ll excuse me, the bars have just closed, so I need to get my kit off and go out to start a street fight. 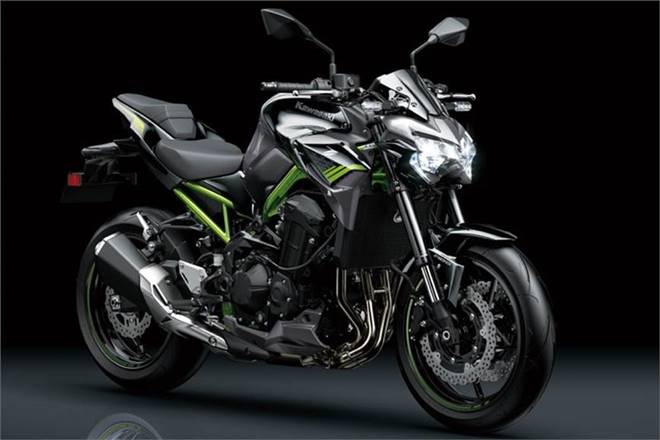 The new Kawasaki Z900 now is more feature-packed and should be able to take on the Triumph Street Triple as well as Suzuki GSX-S750 in a better fashion.

Kawasaki’s second showcase at EICMA 2019 was the updated Z900. The naked litre-class motorcycle gets a full complement of LED headlights, flanked by parking lights (LED) and a redesigned cowl. The Z900 also looks inspired from the Ninja H2 and if you take a closer look, it has got flanks as well. Kawasaki has redesigned the tank extensions and there is the exposed steel trellis frame. One more part that is now LED are the blinkers. Kawasaki hasn’t tinkered with the tail light that is still shaped in the Z pattern. The instrument console too now gets a TFT display with Kawasaki Rideology app connect through Bluetooth.

Riding aids was something that was missing in the Z900. It is surprising that a Rs 8 lakh motorcycle didn’t have any other electronics apart from dual channel ABS. The new Kawasaki Z900 gets two power modes – Low and Full. This is the same from other Kawasaki models and cut off power when in low mode. There is also traction control on offer now. Kawasaki has also added riding modes – Rider, Rain, Sport and Road. The names are self explanatory and in the Rider mode, one can configure it according to their requirements.

Shorter riders earlier preferred the Z900 for its lower (comparatively) 795mm seat height. However, for the 2020 model, Kawasaki has raised the seat height to 820mm. The motorcycle too has grown in length and is taller too. The good part is that the ground clearance is now up from the earlier lowly 130mm to 145mm. Kawasaki has also increased the wheelbase slightly. There though is no weight gain from all this exercise.

Kawasaki has updated the 998c engine to meet Euro-V standards. There is no change in power or torque numbers from before (125hp/99Nm). The gearbox is a 6-speed unit that also gets slipper clutch assistance. Kawasaki has also reworked the exhaust plumbing. There are no changes to the suspension – USD forks in the front and monoshock at the back. Braking duties are carried out by discs at both ends and linked by dual channel ABS.