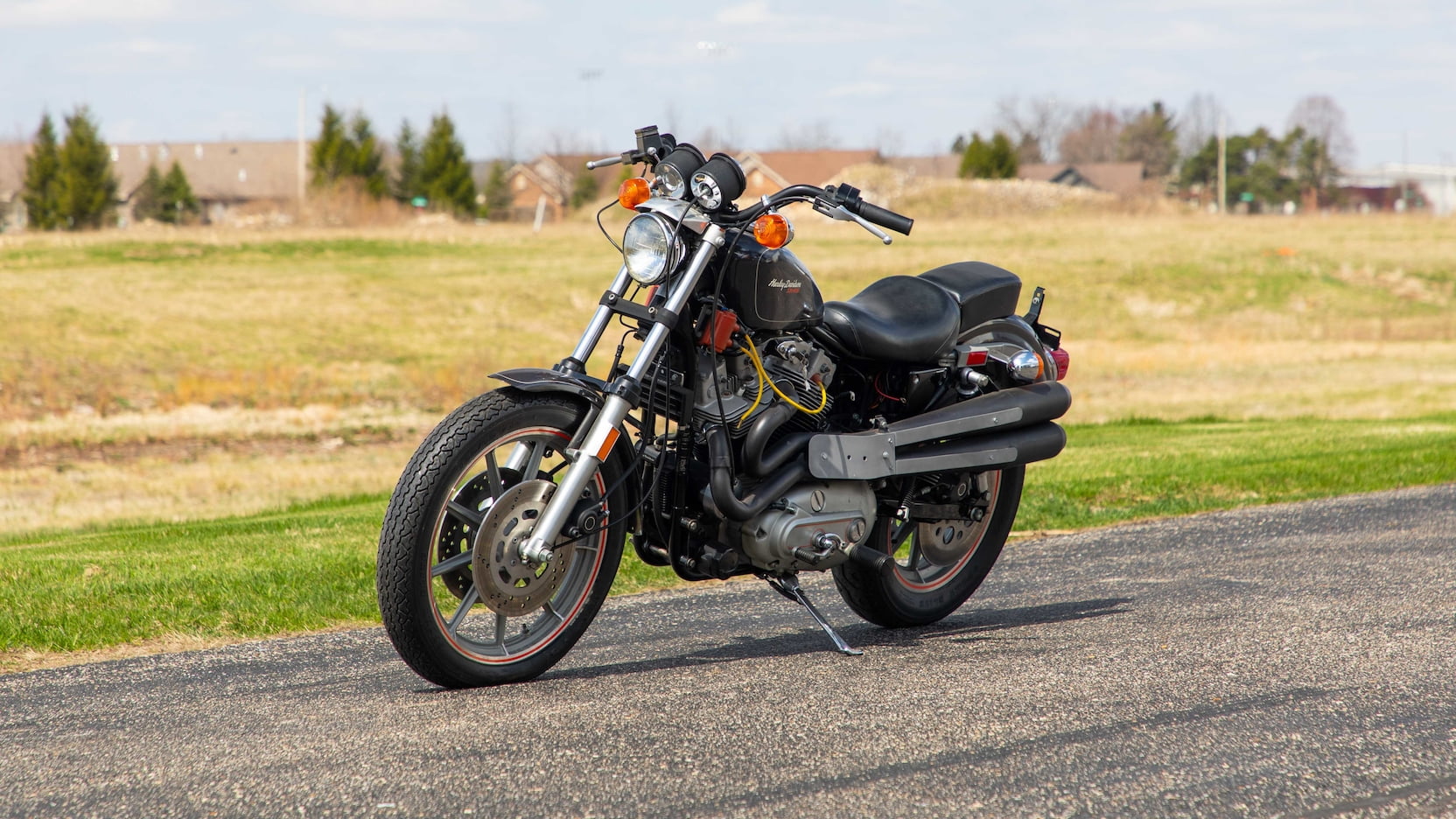 Even though the Sportster line goes back to the 1957, Harley-Davidson treated the world to a rather special model in 1983 in the guise of the XR1000. Alternatively spelled XR-1000, the “street tracker” isn’t only rare but it combines XL Sportster parts with XR750 go-faster goodies.

You can think of the 1984 model year XR1000 as the best of both worlds. A “backroom special” is how Mecum Auctions describes it, and this fellow here is an unaltered example with the original paint and no mods whatsoever since it left the factory. And yes, it’s also looking for a new owner.

Only 1,018 units have been produced for ’84, featuring 36-millimeter carburetors on the right side of the motorcycle and dirt track-style exhausts swept high on the left side. Tipping the scales at 490 pounds (222 kilograms; dry), the XR1000 can easily shoot to 125 miles per hour (201 kph).

When new, the XR1000 used to cost $6,995 or $18,499 in today’s money based on a cumulative inflation of 164.46 percent. Iron cylinders reduced by half an inch, Jerry Branch aluminum SR heads, aluminum pushrods, and a 9:1 compression ratio are also worthy of note. With 71 horsepower on tap and capable of pulling away from as low as 1,500 revs in top gear, the bike shipped as standard with an electric starter and a rather small fuel tank.

Obviously enough, one of the many quirks of riding the XR1000 is the exhaust system. Not only does it weigh the bike to the left, but the headers could burn through the rider’s jeans. The suspension is another annoyance when riding on anything other than smooth asphalt because the forks are underdamped and softly sprung while the shocks don’t offer much travel.

Nevertheless, it’s one of the most desirable Harleys from the 1980s out there, a collectible if you will. Using an online valuation tool, you’ll find out that concours-condition bikes are going for $21,300 these days while an excellent example is $18,400 or so. The seller didn’t mention which chassis his XR1000 is nor did Mecum Auctions provide the mileage in the online listing.