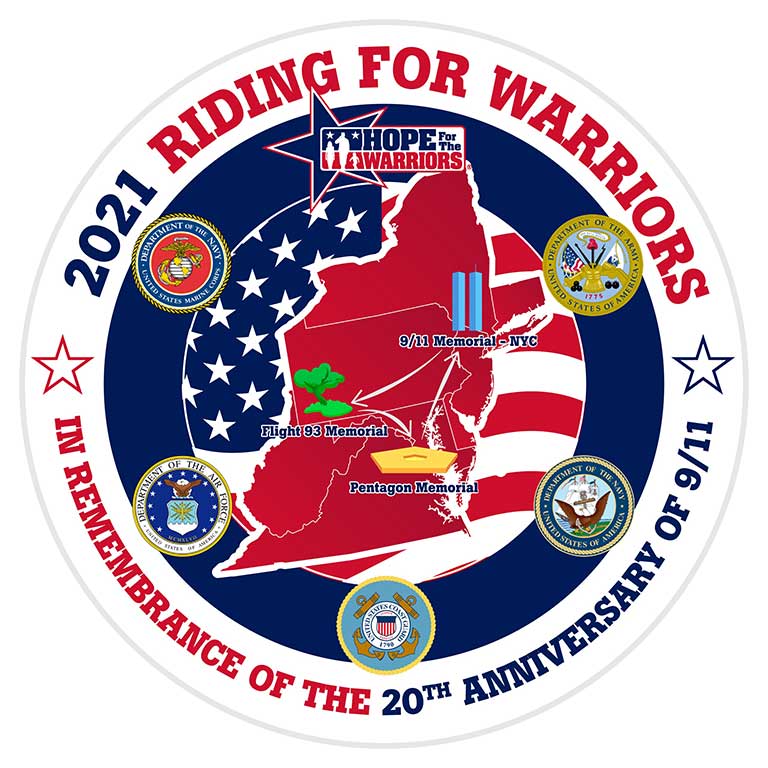 by Daniel Hamburg from https://www.abc27.com

The group surpassed its initial goal, raising more than $73,000 to help veterans and their families.

To honor those who’ve served, a group of motorcycle riders are making their way from New York City to Washington, D.C. and back.

The first stop Saturday night was at Battlefield Harley Davidson in Gettysburg.

The first 200 miles of their trip is complete, all to benefit Hope for the Warriors, specifically the Warrior’s Wish program, funding requests from wounded veterans.

“It could be as simple as specialty workout gear, bicycle. It could be something like woodworking equipment,” Michael Nehlsen, organizer of Riding for Warriors said.

“This year, unlike other years, I’ve actually invited some of my friends, colleagues and other veterans to ride with me,” Nehlsen said.

“He was a Marine Corps veteran of the Gulf War era who honorably served five years from 18 until he turned 23 years old,” Nehlsen said.

His family was recognized by the organization, including seven-year-old son Austin, who was gifted a motorized bike and money for a trust account.

“We will never forget this and moving forward we will pay it forward to others and I think it’s something great for our family to feel that someone else is honoring our, my son,” Sipe said.

Honoring those who served and pledging to help veterans in need, Nehlsen says it’s everyone’s duty to give back.

“We’ve made promises to our veterans that we have a nation haven’t kept and there are companies and charities like Hope for the Warriors that fulfill those promises,” Nehlsen said.

And whether they served before or after 9/11, “It’s all about remembering what everybody has given,” Nehlsen said.

The next stop for the riders is the Flight 93 memorial in Somerset County, then they’ll head to the Pentagon memorial and back to New York City for a ceremony at ground zero next week.