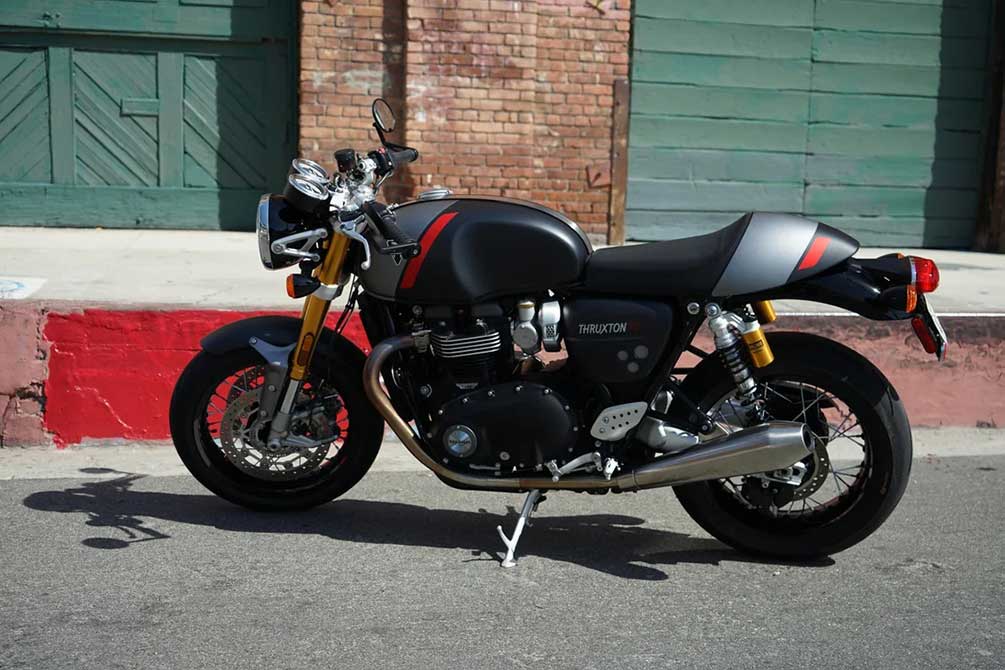 Everyday café: Triumph’s factory cafe racer offers an engaging ride and killer looks, but is it worth the sky-high asking price?

The Thruxton RS is arguably the crown jewel of Triumph’s Modern Classic lineup of motorcycles. It’s an interesting mashup of modern, high-end components and technology, with a decidedly old-school powertrain. It’s a bike that shouldn’t make sense, but after spending time with it, it’s a bike I can’t get out of my head.

The 2021 Triumph Thruxton RS is powered by a 1,200-cc liquid-cooled 270-degree parallel-twin engine, which produces 103 horsepower at 7,500 rpm and 83 pound-feet of torque at just 4,250 rpm. It’s an engine that, thanks to its large displacement and firing order, makes a noise that will get your heart pumping, even if its performance pales in comparison to more conventional naked and sport bikes.

The engine delivers its power smoothly, thanks to Triumph’s excellent fueling. The bike routes its power through a smooth six-speed sequential transmission and out a chain final drive. The gearbox offers light, crisp shifts and an easy-to-find neutral. The age of the engine’s design shows, but that’s a good thing, given Triumph’s continued development.

The formerly-range-topping RS is now the only Thruxton model you can get, and so Triumph seems to have spared no expense in kitting it out with the best-possible chassis components. While the Thruxton’s frame is a conventional and old-timey tubular steel affair, the suspension is modern and well considered. The front fork comes from Showa and uses that company’s “Big Piston” design as found on high-end sport bikes. It’s fully adjustable and makes for a controlled and plush ride, even over bumpy pavement.

The rear shocks (that’s right, two — this is a heritage bike, after all) come from Ohlins and are also fully adjustable. Typically, in my experience, twin-shock bikes don’t necessarily offer the best control over broken pavement or on fast roads, but these Ohlins units toss all that out the window. The back end of the Thruxton feels as comfortable and confident as I could hope for. It uses some fairly trick wheels to help with its handling, too. It has 17-inch, 32-spoke wire wheels, but unlike most wire wheels with steel spokes, the Thruxton uses weight-saving aluminum spokes. The wheels are wrapped in sticky Metzeler Racetec tires.

The brakes come from Brembo, and as such, they’re excellent. Having big Brembo brakes on a motorcycle isn’t unlike stopping at a Starbucks on a long road trip. Sure, there are other options, but this way you know exactly what you’re in for. In the case of the Brembos, what you’re in for is an excellent feel from the lever, huge stopping power and almost jewel-like build quality. The twin front rotors on the RS are sized at 310 millimeters and gripped by Brembo M50 four-piston radial-mount calipers. The single rear rotor comes in at 220 millimeters and is clamped by a single, twin-piston Nissin caliper.

The Thruxton has anti-lock brakes, but they’re not lean-sensitive since the bike lacks an inertial measurement unit. On a bike like the Thruxton — one that’s more about looking good and having fun than outright speed — this is totally acceptable. The Thruxton also packs user-selectable ride modes, which include Road, Rain and Sport. I generally find myself leaving the bike in Sport mode all the time because I like the extra responsive throttle. The Thruxton RS features a very handsome analog speedometer and tachometer. Each also packs an LCD display that provides all the pertinent rider information that I want to see — fuel level, gear indicator, trip odometer, etc. It’s a bit old school, but so is the bike.

When it comes to ergonomics, cafe racers aren’t generally what I’d call comfortable for longer rides. They feature a more leaned-forward, sport bike-like stance, which looks great and makes for agile handling, but can be hard on your wrists. The Thruxton somehow manages to pull off the cafe racer look while remaining relatively comfortable. The bike is slightly more upright than it might seem at first glance and a generous rider triangle means that even someone like me at 6 feet, 4 inches doesn’t feel incredibly cramped. Footpeg clearance is good, too, so leaning the bike way over isn’t an issue.

With a seat height of nearly 32 inches, the Thruxton may be a bit of a struggle for some smaller riders when it comes time to get both feet on the ground at a stop. It’s also not especially light, at 434 pounds dry, so that might also be something for smaller riders to consider. The Triumph Speed Twin might be better, in that case.

The Thruxton is a bike that somehow manages to ride as good as it looks, which is saying something. It’s easy to putter around town on, thanks to its compliant ride and torquey, under-stressed engine. It’s also a riot on a curvy road, thanks to its sticky tires and aggressive-ish riding position, and there are few pleasures greater than hearing the Thruxton’s big twin-cylinder engine echo off of canyon walls at 7,500 rpm.

The Thruxton RS is a fantastic machine, but of course, it should be, given its price tag. All of the motorcycle jewelry that Triumph bestows on the RS means that it’s packing a hefty asking price of $16,200. There is an almost limitless number of other motorcycles that can offer more performance or utility than the Thruxton for that money (or less). Still, I struggle to think of one that can offer performance with as much style. 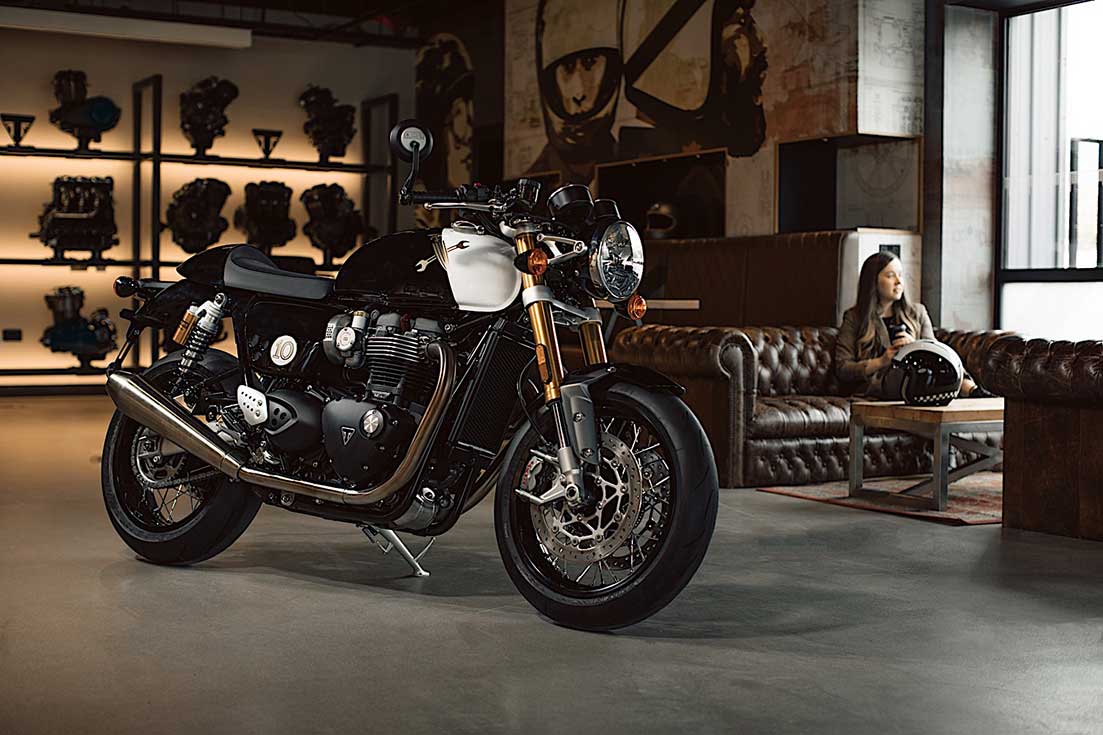