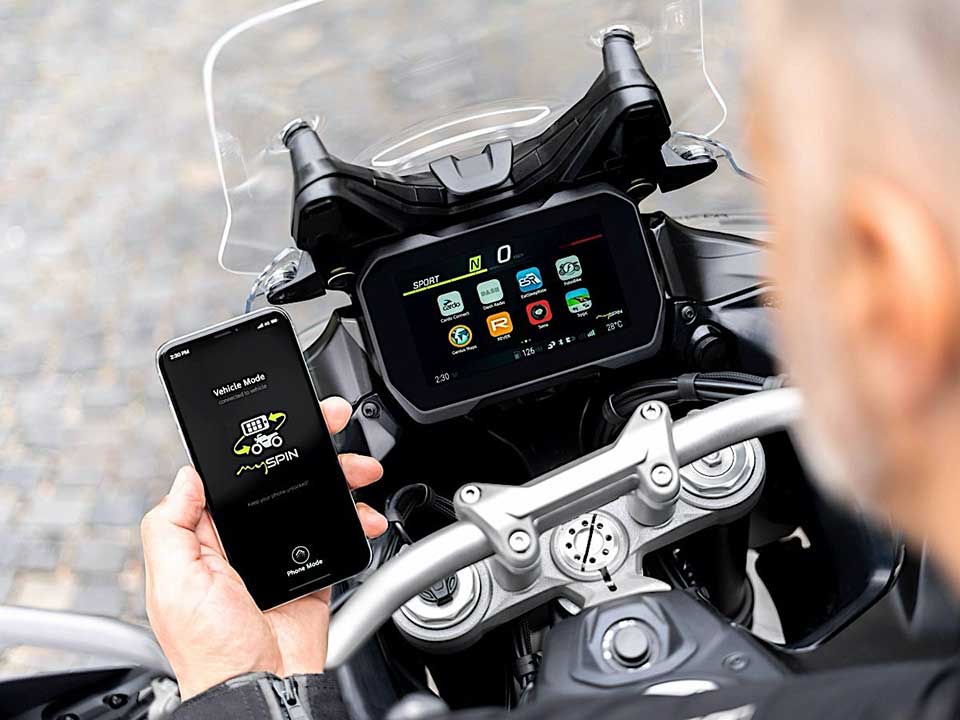 Providing motorcycle riders with the same level of infotainment technology already available for drivers has proven to be quite a challenge. Because of the particularities of two-wheeled motoring, technologies that have been available in cars for some time now are just beginning to be adopted.

Take for instance Apple CarPlay and Android Auto, which have been brought as standard to the range of bikes just this year by two of the biggest names of the industry, Harley-Davidson and Indian. And this sluggishness applies to hardware as well.

In a move that is certain to cause a stir, parts supplier Bosch announced at the beginning of the month the launch of its (and the world’s) first integrated split screen for motorcycles, but also a smartphone integration solution called mySPIN.

The screen is a TFT 10.25-inch in size that can simultaneously display relevant vehicle information, and smartphone apps content like navigation. According to Bosch, BMW motorcycles (we are not being told which ones) will be the first to use them this year (also, unclear when will BMW have time to integrate it in its bikes in the little time left until the end of 2020).

As for the mySPIN app, it was designed to work with both the split screen and the usual ones. Ducati, for instance, will deploy it together with a new 6.5-inch display without the split-screen option, and Kawasaki will follow, although we’re not told with what screen it will use.

mySPIN has been around for about two years now in the watersports segment, but now expands to motorcycles to provide “smartphone content in an integrated and easy way while riding their bike.” Using it, riders get access to a community, Dash Radio, Genius Maps and Sygic, among others.

“Our clusters in combination with mySPIN offer a new riding experience with more safety and convenience for motorcycle riders. For us, this is the next step in terms of connectivity for motorcycles,” says Geoff Liersch, President of the Two-Wheeler & Powersports unit at Bosch.