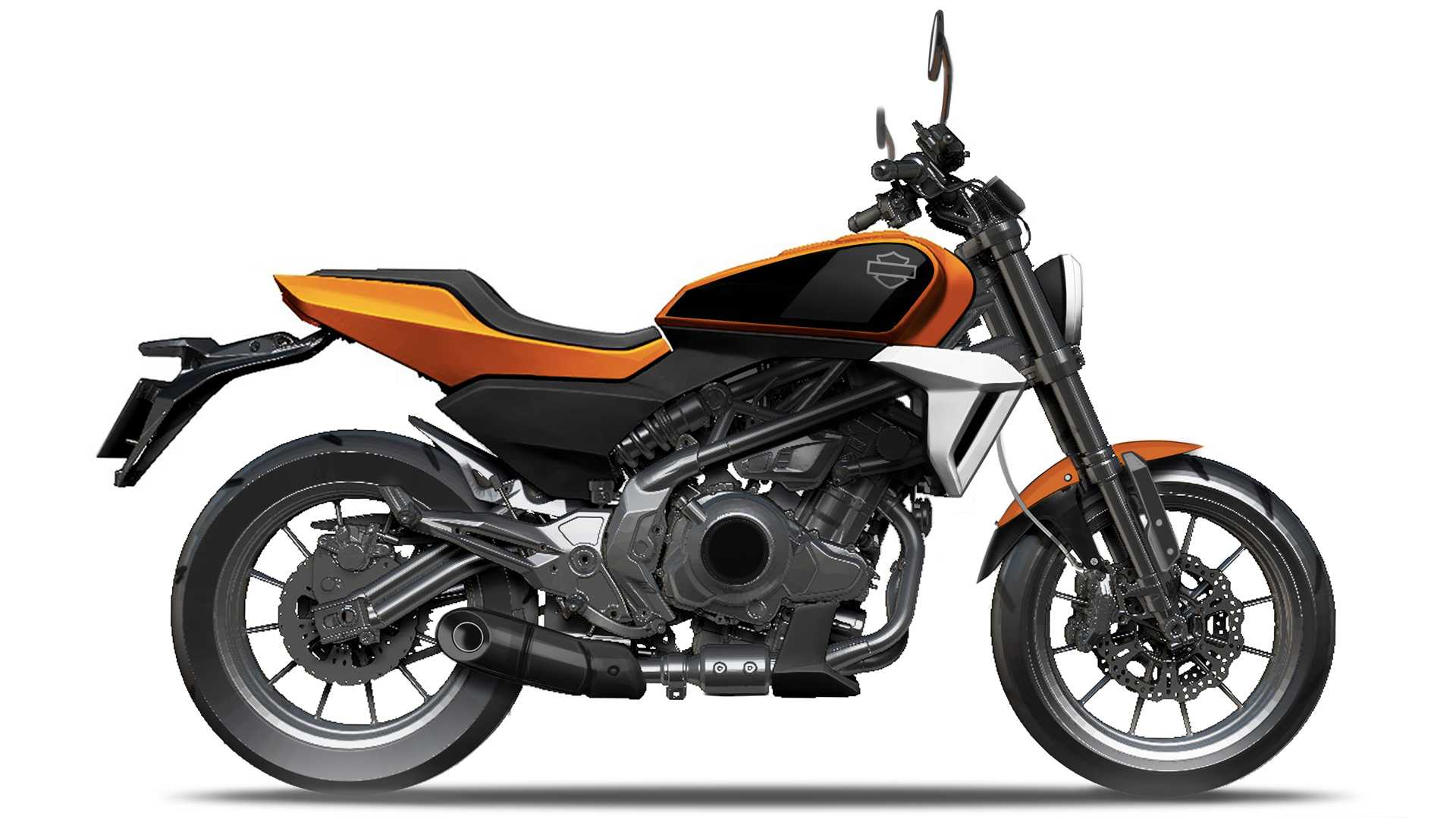 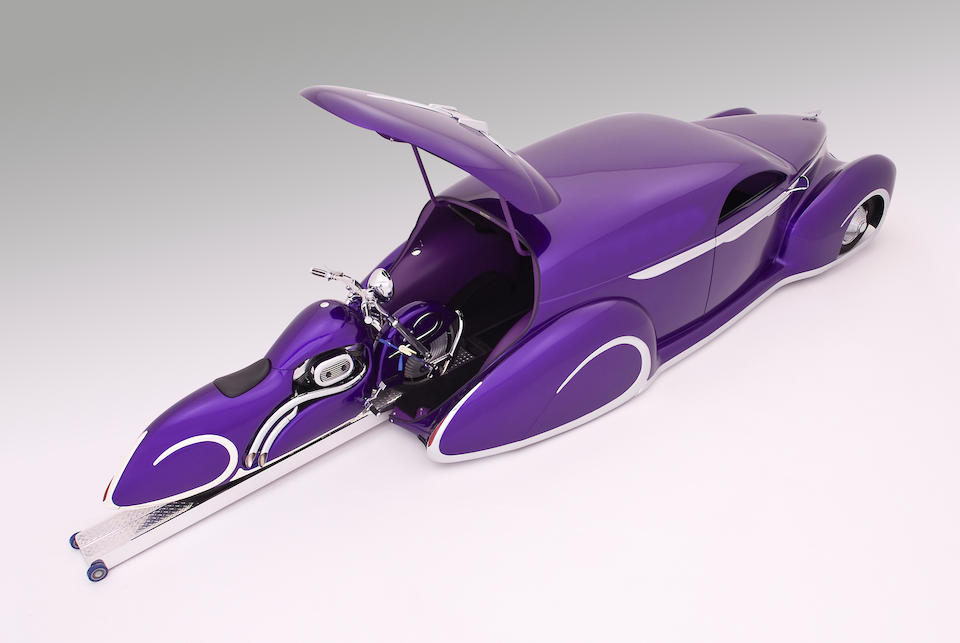 Why choose between riding a Hog or driving a classic (-looking) car when you can actually do both? Add looking like a retro Batman villain, and this might just be an offer you could not refuse.

If only it were still on the table.

In December 2010, the 1939 Lincoln Sedan Delivery Deco Liner and Harley Davidson Sportster Deco Scoot (this is the official name and what a mouthful it is!) was sold at a Bonhams auction to the Louwman Museum, The Hague, Netherlands. The Louwman is one of the top automotive museums in Europe, home to some of the rarest and weirdest items ever made.

It fits right in.

Completed in June 2008, it is the work of artist Frank Nicholas and Terry Cook of New Jersey-based Deco Rides. The Deco Liner project represents the culmination of 3 years of hard work for the team. It’s a one-off custom 1939 Lincoln Zephyr built from scratch into a delivery sedan, with a matching, modified Harley-Davidson Sportster in the back.

Not only is the Harley-Davidson removable and fully-working, but when stored inside the car, it becomes an integral part of it. The Deco Liner project isn’t about functionality, with the bright purple paint job and ornate bodywork on both vehicles being the biggest giveway. Deco Rides describes it as a way of presenting “two new concepts to the rodding world:” the “concept of the bike in the car” (duh) and the decorative metal trim, inspired by mid-30s Paris coach cars.

No one would hold it against you if you thought it was inspired by retro Batman villain cars, though. It would make the perfect 2-in-1 getaway vehicle for one such baddie, too.

Bonhams describes it a “virtual Fabergé egg on wheels,” which seems to make light of the amount of work that went into building this thing, but is surprisingly accurate. It’s made up of the Deco Liner and the Deco Scoot, with both receiving countless modifications and fully-handcrafted aluminum bodies that earn them the status of works of sculpture.

The Deco Scoot is a custom 1991 Harley-Davidson Sportster chosen for its height, and then lowered and modified, after the Deco Liner was built by chopping the top off and creating the elongated body. The bike can be loaded into the car by means of a nine-foot long aluminum ramp that is deployed and retracted at the touch of a button. When not in use, the ramp is tucked away inside the car, so it’s not visible.

Once in position, the bike is secured by straps and becomes a part of the car interior – the front fender of the bike comes in between the Viper bucket seats and serves as an armrest. So you’d better make sure you don’t get it all muddied up.

The Deco Liner is a Frankenstein of a car made to resemble the 1939 Lincoln Zephyr. Nicholas and Cook used a 1995 Chevrolet Blazer for the front chassis and then built the rear chassis from scratch to fit and carry the bike, discarding the rest of the Blazer. A General Motors Goodwrench 350 cubic inch V8 crate engine was fitted instead of the original V6 in the Blazer.

The front-wheel-drive Deco Liner comes with power windows, power brakes and power steering (though no one is using any as of the time of writing, being on display at the museum), custom black and silver interior, and a 1960-62 Chrysler “goldfish bowl” instrument cluster.

Before being sold off to the Louwman Museum for $117,000 in 2010, the Deco Liner and Deco Scoot were paraded throughout the U.S., causing quite a sensation at the Sturgis Rally in South Dakota, the Laconia Motorcycle Week in New Hampshire, the Goodguys Rod & Custom event in Columbus, Ohio, and the Detroit Autorama, among others. It is now on display with the original lettering on the side of the delivery removed.