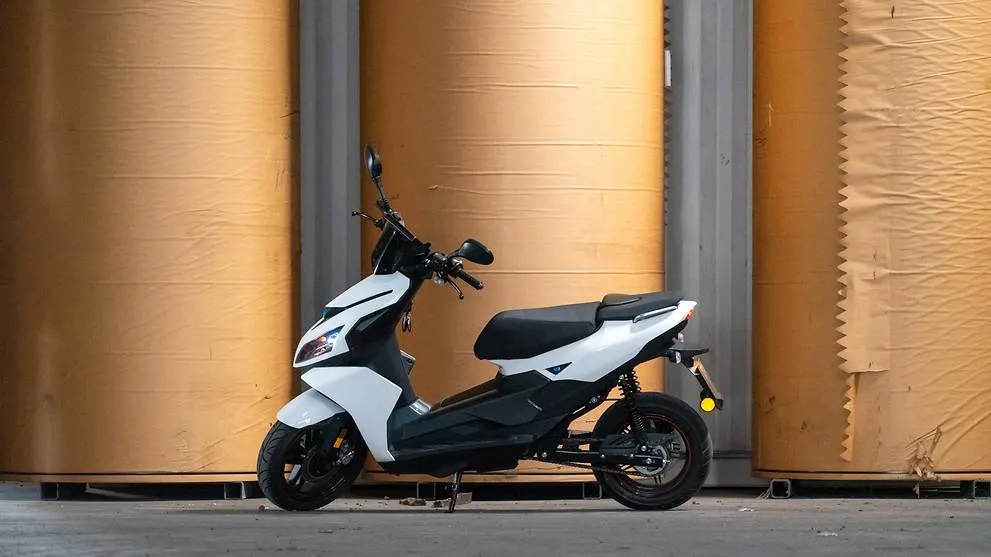 SINGAPORE: Although the COVID-19 pandemic had affected their initial plans, two Singapore-based start-ups are still set on revving up efforts to produce their own electric motorbikes.

This comes as Singapore relaxed its rules on electric motorcycles in April, allowing high-powered motorbikes with power ratings of more than 10kW to be on the roads as part of efforts to encourage the adoption of cleaner vehicles.

But the brand remains on track to roll out its zero-emission, fully electric smart motorcycles, with no “appreciable delay”, he said, adding that it aims to do so by the middle of this year, or as soon as the COVID-19 situation stabilises.

Scorpio Electric is a brand under Singapore-based EuroSports Technologies, which is backed by SGX-listed EuroSports Global.

Since March, Scorpio Electric has expanded its premises at Teban Gardens to 7,000 sq m. The space includes offices and showrooms, as well as 4,000 sq m dedicated to a factory and warehouse.

This facility is expected to produce about 8,000 electric motorcycles a year, said Dr Taureza.

Although the components will be manufactured elsewhere, Scorpio Electric’s bikes will be assembled at its Singapore location, he added.

Scorpio Electric chief technology officer Tham Kwang Sheun noted that making its motorcycles “smart”, with the use of artificial intelligence and data analytics, will allow them to be even more energy efficient.

“That means that when you get on, the bike will actually have the intelligence to tell you how can you better plan your trips, and how much fuel consumption you’re going to use, accounting for operating conditions,” he explained.

The aim is also for Scorpio Electric to extend this environmental sustainability to its production line, said Mr Tham, noting some of the materials used in the making of motorcycles can be substituted by “bio-derived” materials with “some recyclability”.

The switch to electric motorcycles is “very promising” in terms of reducing carbon emissions in the region, said Mr Tham, who was previously with the Land Transport Authority as the head of its autonomous vehicle programme office.

Motorcycles in Southeast Asia are “typically lagging behind the curve in emissions standards”, said James Chan, co-founder and chief executive of Ion Mobility, which is headquartered in Singapore.

The firm’s other co-founder, Joel Chang, was previously with Scorpio Electric as its chief operating officer before he formed Ion Mobility last year.

“In Singapore, ICE (internal combustion engine) motorcycles are on Euro 4 standards, while Indonesia is still on Euro 3,” noted Mr Chan, referring to the emissions standard introduced by the European Union. The latest standard for motorcycles in Europe is Euro 5, which came into effect this year.

Motorcycles may seem to have better fuel efficiency, but on average, they produce twice as much carbon dioxide per passenger-kilometre over their life cycles when compared to cars, said Mr Chan.

In addition, particulate matter (PM2.5) from motorcycle emissions is taken into consideration due to the sheer number of motorcycles on the roads in the region, he explained, noting that PM2.5 is one of the largest “air pollution culprits” to health costs and premature deaths in Southeast Asia.

The company had originally aimed to offer test rides and launch pre-orders for its Model 1 electric motorcycles in Jakarta by the third quarter of 2020, although it had to go back to the drawing board because of COVID-19.

Apart from its headquarters here – which will serve as a regional centre for design as well as research and development – Ion Mobility also has offices in Jakarta and Guangzhou. Mr Chan said the company is focused on becoming the top electric motorcycle company in Southeast Asia.

It aims to begin with Indonesia, where 6.5 million new ICE motorcycles were sold in 2019, aiming to claim 1 per cent of the Indonesian market within its first two years of sales.

“We want to be in the same ranks as Apple and Tesla,” he said, although he noted that this needs to be done one step at a time.

Although sales of electric vehicles (EVs) have been increasing in recent years, they are still in the minority, making up just 2 per cent of the total vehicle population worldwide.

“The reason why the uptake of EVs generally, whether cars or motorcycles, is low is because the price is expensive, let’s not beat around the bush,” said Dr Taureza, noting that the main reason for this has been battery prices.

However, with battery prices declining in recent years, it is only a matter of time before price parity is reached, he added.

To attract consumers, Mr Chan said the onus is on companies like Ion Mobility to “up our game and offer a compelling product that provides price- and performance-superiority over ICE equivalents without relying on subsidies”.

“Certain categories of electric motorcycles should be permitted to charge from normal wall sockets provided they are UL2272-certified,” he said, referring to the fire-safety standard used in Singapore for personal mobility devices such as e-scooters.

“Singapore’s touted network of EV charging stations are also all zoned for EV cars, not EV motorcycles. There is a need to consider the zoning and charging sockets for EV motorcycles too,” he added.

More refinement is also needed in the categorising of electric motorcycles, which do not neatly fit in with existing categories of conventional motorbikes, he said.

“Horsepower and kilowatt power output is not a one-is-to-one relationship,” he explained, adding a more “engineer-centric approach” is needed.

In 2018, Scorpio Electric secured S$2 million from its parent firm EuroSports Global, which promised another S$3 million if certain milestones were met.

Mr Tham said the firm aims to close another round of funding in the coming months, although he declined to provide figures.

“We started our fund-raise in January this year, and in spite of COVID-19, have been able to secure healthy investor demand amidst these tumultuous times,” said Ion Mobility’s Mr Chan.

He declined to provide figures at this time, but Mr Chan noted that it would be able to launch its motorcycle without raising more funds.

When asked how Ion Mobility would fare against other players in the electric motorcycle market, he said such discussions were “premature”.

“There is plenty of room for all of us to coexist, with each player going after different market segments,” he said.

“The real competition, the elephant in the room if you must, is consumer preferences, which have been honed by what Japanese incumbents have offered to them in terms of design, price and performance over the years,” he added.

He noted that apart from the two new players, established traditional motorcycle manufacturers have also entered the market.

“I think there will be tremendous growth in the EV motorcycle segment next year,” he said.