Is This Patented Simulator The Future Of Motorcycle Testing? 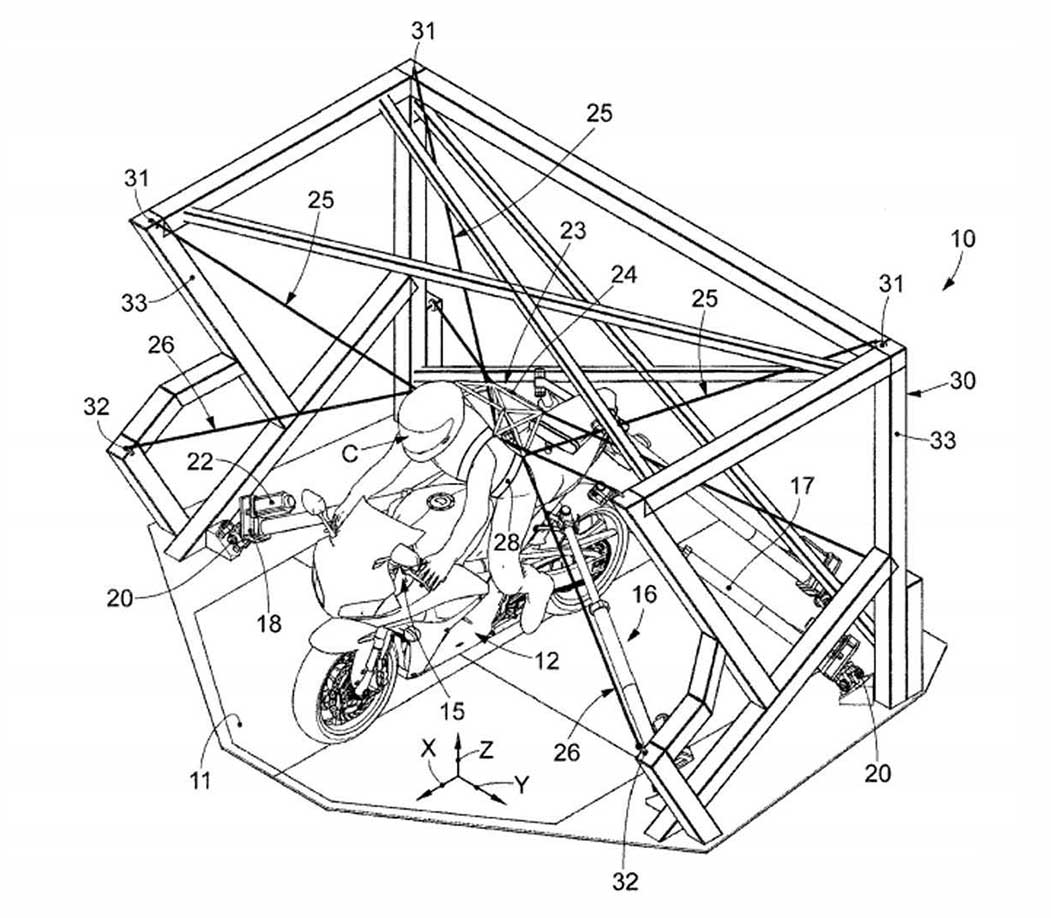 When we think of motorcycle riding simulators, we usually think of video games. The closest you can get to the real deal, however, is by hitting the arcades and getting in the saddle of one of those plastic replicas attached to the Superbikes games that only lean at a 70-degree angle.

Italian firm Mototrainer took things a step further with its simulator, allowing gamers and pro racers alike to attach their bike to a sort of tipping platform that allow riders to lean the bike safely. All you need is a big enough screen to make you believe you’re there. Now, driving simulator specialist Vi-Grade is taking things up a notch with its version of a motorcycle simulator and the Germans aren’t messing around.

The contraption places the bike inside a cube-shaped frame attached to six seemingly hydraulic arms that allow the bike to tip without falling. The system also includes a sort of harness worn by the rider and attached to the frame using cables, a design meant to mimic the forces exerted on the body while riding (being pulled backward during acceleration, for instance).

According to Bike Social, the system would have a more commercial/professional application rather than a personal one. The U.K. publication suggests that the system could be used by manufacturers to test their new products, for instance, or by pro racers to get some practice in off the track.

While the company specializes in advanced simulators, there’s nothing in Vi-Grade’s patent that suggests a customer couldn’t get their hands on one provided they have the space and the funds for the setup that likely won’t go for cheap. After all, it does make a desktop automotive racing set up complete with steering wheel and pedals which suggests that they do sell directly to customers and not only to businesses.

Though Vi-Grade already offers several simulation solutions, this complex apparatus is only at the stage of patent. For now. Maybe we’ll one day see a press release announcing a new motorcycle with pictures of the bike fitted in the Vi-Grade simulator as part of the “behind the scenes”.