A taste of ‘Honda e:Technology’ in Japan 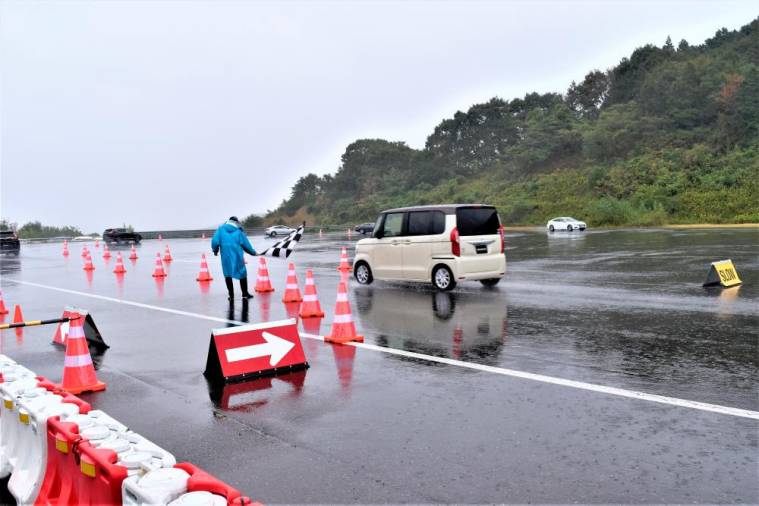 by Azlan Ramli from https://www.thesundaily.my

Company president, representative director and CEO Takahiro Hachigo stated that Honda e:Technology embodies “value creation for mobility and people’s daily lives”, which is a direction Honda will take to fulfill its 2030 Vision.

Under the umbrella of Honda e:Technology, Honda technologies and products related to electrification in the area of automobiles, Honda established “e:HEV” as a communication name for its two-motor hybrid system, which is positioned as Honda’s core electrification technology and a hybrid system for this new era, for vehicles driven mostly with electric motor.

Even better with Sport Hybrid i-MMD

To demonstrate the initiative and where it is at now, we were taken to the Twin Ring Motegi, a motorsport complex about two hours’ drive away from Tokyo, located at Motegi in the Tochigi Prefecture.

Outside of racing, of which the Honda-built complex is most well-known for, the facility has the Honda Collection Hall, which features historic Honda racing and production cars and motorcycles; Honda Fan Fun Lab, which features Honda’s next generation technologies such as robotics, fuel-cell vehicles and aviation, and also Honda’s technology demonstration and education centres.

Its South Course was where we and journalists from two other South East Asian countries were given the opportunity to sample two of Honda’s current technologies, namely the latest version of the Sport Hybrid i-MMD and Honda Sensing.

Those two are part of the 2030 vision, the year where Honda wants to achieve two-thirds of all its vehicles sold are powered by electricity.

Towards that end, six of its car models are now available in hybrid variants – the Fit (known as City in Malaysia), Insight, CR-V, Accord, StepWGN and Odyssey, where all six are using the company’s latest hybrid technology, Sport Hybrid i-MMD (intelligent Multi-Mode Drive), which is replacing the Sport Hybrid i-DCD (intelligent Dual Clutch Drive).

A Honda car with Sport Hybrid i-MMD – currently powering Honda’s 1.5-litre and 2.0-litre engines – is akin to an electric car that has two hybrid system motors, which is a traction motor and generator motor.

At take-off and also slow city driving, it uses the hybrid system, followed by the engine supplemented by generator power when the speed increases. At high speeds, all will combine to move the vehicle, as hybrid vehicle owners are familiar with, by now, except the transmission is now the E-CVT, a step up from the well-known CVT.

The Sport Hybrid i-MMD cars we were given to try were the current Insight (not available in Malaysia) and CR-V. The rainy and windy day made things even more interesting for us, as we were told to drive in a convoy (meaning no overtaking, let alone racing!), and the speed limit was 80km/h.

Wet and windy – good to have Honda Sensing

After all that fun in the wet, we were taken to the Japan Automotive Research Institute (JARI), also in the same Tochigi prefecture, to try the latest Honda Sensing; in Honda cars equipped with the collection of safety features which uses cameras positioned around the vehicle and a radar system to help give the driver a complete view of the road.

Each of us drove the vehicles – the Insight and N-Box, the latter a very popular Honda kei car produced for the local market – in even heavier rain and stronger winds, but accompanied by technicians in the front passenger seat, who instructed us to start driving and immediately activate the car’s ACC.

As expected, the vehicle moved by itself, with the LKAS ensuring the vehicle will not stray out of the lines on the tarmac – with the LDW vibrating the steering wheel to let stay on the path, slowing down when there is a vehicle in front (leaving a pre-programmed gap in-between) and even braked to a complete stop if the vehicle in front stops too. It was a bit hard to fight your natural instinct to reach for the brake pedal, in such a situation.

While Honda Sensing needs no further “selling”, as it is already in some Honda cars currently available in Malaysia, it’s good to be convinced every now and then; and even even better, in a controlled environment provided by Honda itself.

It’s the new Sport Hybrid i-MMD technology session held earlier that got most of our attention, and we wish such innovation will come to Malaysia soon, in future Honda models, of course.