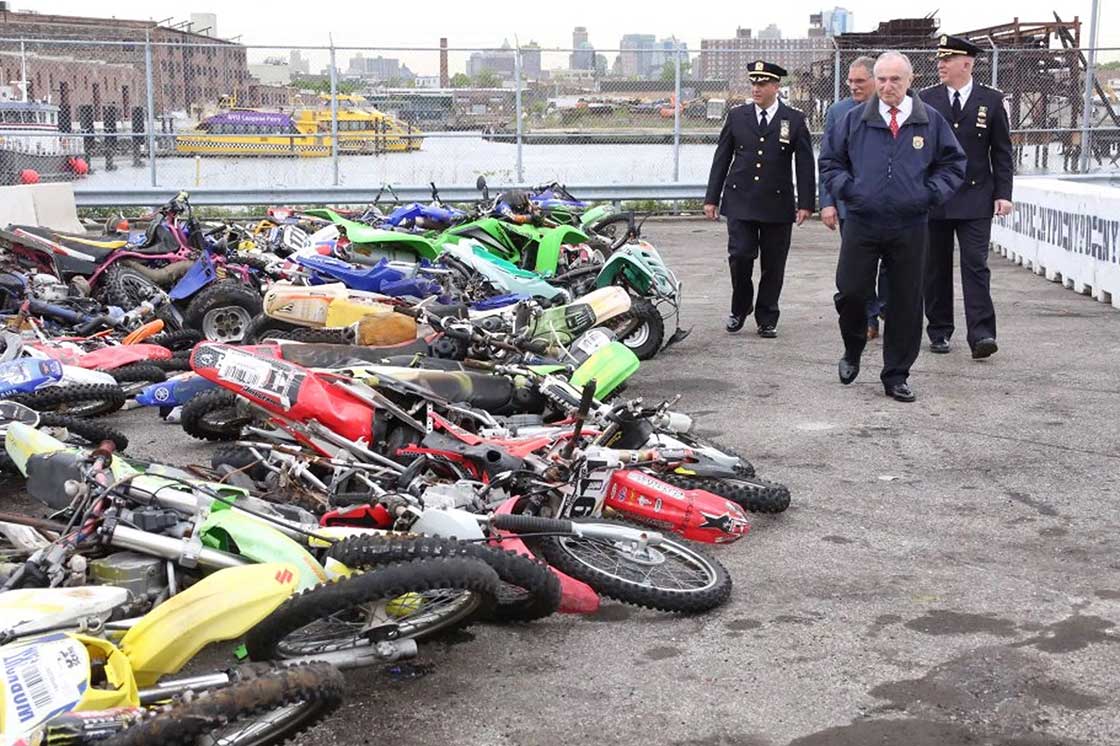 by Marcus Solis from https://abc7ny.com

The NYPD is taking a new approach to fighting an old quality of life problem, offering cash rewards for the public’s help during a crackdown on illegal motorcycles and ATVs on city streets.

Residents who report where illegal vehicles are being stored could collect $100 per motorbike seized.

Dirt bikes and ATVs cannot be registered as street-legal motor vehicles because they lack safety equipment like brake lights, turn signals and mirrors.

But that hasn’t stopped roving gangs of riders from creating public disturbances across the five boroughs.

Chief of Department Rodney Harrison issued a warning to those who operate them.

“They are illegal and dangerous,” he said. “Don’t ride them. If you do, you are endangering yourself and others.”

Complaints of illegal motorcycles on streets and sidewalks are up 15% this year. Last week, the NYPD responded to 144 911 calls, most of them in Upper Manhattan.

A 76-year old man was attacked in Inwood Hill Park by two motorcyclists after he complained that they rode too close to him.

Police say they rarely initiate pursuits because of the potential danger to officers and the public, but they will confiscate motorbikes when they are parked in public.

An average of 1,000 seized vehicles are crushed and their metal recycled each year.