A soldier tried to buy a motorcycle in Anchorage. His lawyer says he was targeted by a ‘yo-yo scam’ 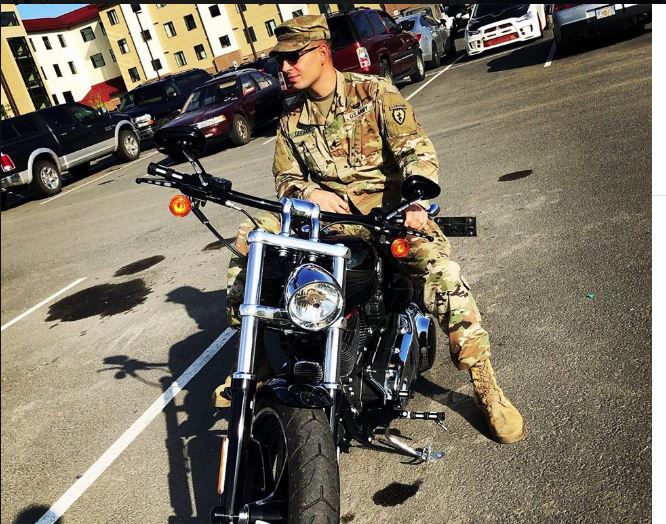 by Zachariah Hughes from https://www.alaskapublic.org

This past August, Army Specialist Austin Deehan bought a 2014 Harley Davidson from a dealership in south Anchorage.

“It felt great. It was a beautiful bike,” Deehan said.

But 19 days later, when he called the bank about setting up monthly payments, they told him the loan had never been approved. That, Deehan said, is when he knew something was wrong.

On Tuesday, Deehan filed a civil case in state Superior Court alleging misconduct by a local car dealership over a financial arrangement critics call a “yo-yo scam.” Though hardly a blockbuster piece of litigation, it highlights something federal regulators, lawyers, and financial services observers say is commonplace: nationally, military service members are some of the most commonly targeted demographics for credit and financing scams.

When Deehan spoke to the bank he believed was financing his loan, they told him the denial was because his application was missing paperwork.

He went back to the dealership, Chevrolet of South Anchorage, where he was told that since the financing deal didn’t go through he would need to take out a more expensive loan, he said.

“They gave me two options: Either I could refinance the bike with a higher interest rate, or I could return the motorcycle and lose my whole down payment,” Deehan said.

That’s when Deehan sought out legal assistance at Joint Base Elmendorf-Richardson, where he is stationed. His complaint was filed by the Northern Justice Initiative, a private firm that handles civil rights cases. According to Nick Feronti, one of the lawyers on the case, the dealership wrongly told Deehan that if he returned the motorcycle the company would keep the full balance of the down payment, plus charge him hefty mileage and daily-use fees that are generally prohibited under Alaska law.

“The dealership actually tried to use an illegal contract to coerce him,” Feronti said. “The way the law is supposed to work is: they tell you you have financing, and then if you don’t get approved, well you can bring the vehicle back and get your down payment back.”

He believes the actions alleged are a textbook example of a “yo-yo scam.”

“These dealerships will count on consumers to buy a car, buy a motorcycle,” Feronti said. “You go home and show it off to your family and you’re feeling really happy about it. And then later on you learn that for whatever reason you actually have to accept much worse financing.”

Reached by phone, Chevrolet of South Anchorage General Manager David Raff wouldn’t agree to a recorded interview. He had not seen the complaint, and said he was only able to speak in general terms. But he defended the business’s practices, saying there are no shady financing deals or use-fees, in part because in a state as small as Alaska those kinds of things would damage the company’s reputation. Asked about an allegation in the complaint that Raff called Deehan in September and “threatened to make his ‘life a living hell’ unless he immediately returned the motorcycle,” Raff said it wouldn’t be appropriate to comment on a specific legal case. He added that if there were those kinds of complaints against the business, they should be assessed against the company’s otherwise strong record.

Online, that record does not look great.

In the last three years, 10 complaints have been filed with the Better Business Bureau against Chevrolet of South Anchorage, ranging from accusation of shoddy mechanical work to what sound like predatory financing arrangements. With 29 reviews, the business has two stars on Yelp, many of them making similar complaints.

The dealership is part of Lithia Motors, one of the country’s largest car retailers. Over the years, Lithia has had multiple class action lawsuits filed against it over business practices. Kara Southard, corporate counsel for Lithia Motors, said she had received the complaint in the Anchorage case, but was not able to comment on it.

State officials in Alaska recognize that servicemembers are frequent targets of scams.

“There’s national data out there that says that a lot of scams are perpetrated against members of the military, that’s a really common thing,” said John Haley, the assistant district attorney in charge of the Department of Law’s Fraud Division.

Those complaints are often taken up by U.S. Government agencies like the Federal Trade Commission, Consumer Financial Protection Bureau, and Department of Justice, all of which have special efforts to specifically combat fraud against active duty military and veterans. According to Haley, state offices like his don’t get a large volume of calls from active-duty military, but they understand the reasons they are often targeted.

Eventually, Specialist Deehan got his down payment back. He’s suing the car dealership for damages of up to $10,000 plus legal costs. And he wants the dealership to agree to halt the lending practices he believes are wrong.

“There’s guys out there that are fresh out of high school that I work with, and if they went through the same situation that I went through they probably would have signed another contract” Deehan said. “That’s just not ok.”

Deehan no longer has the Harley Davidson, but hopes to get another after he leaves the Army next year.