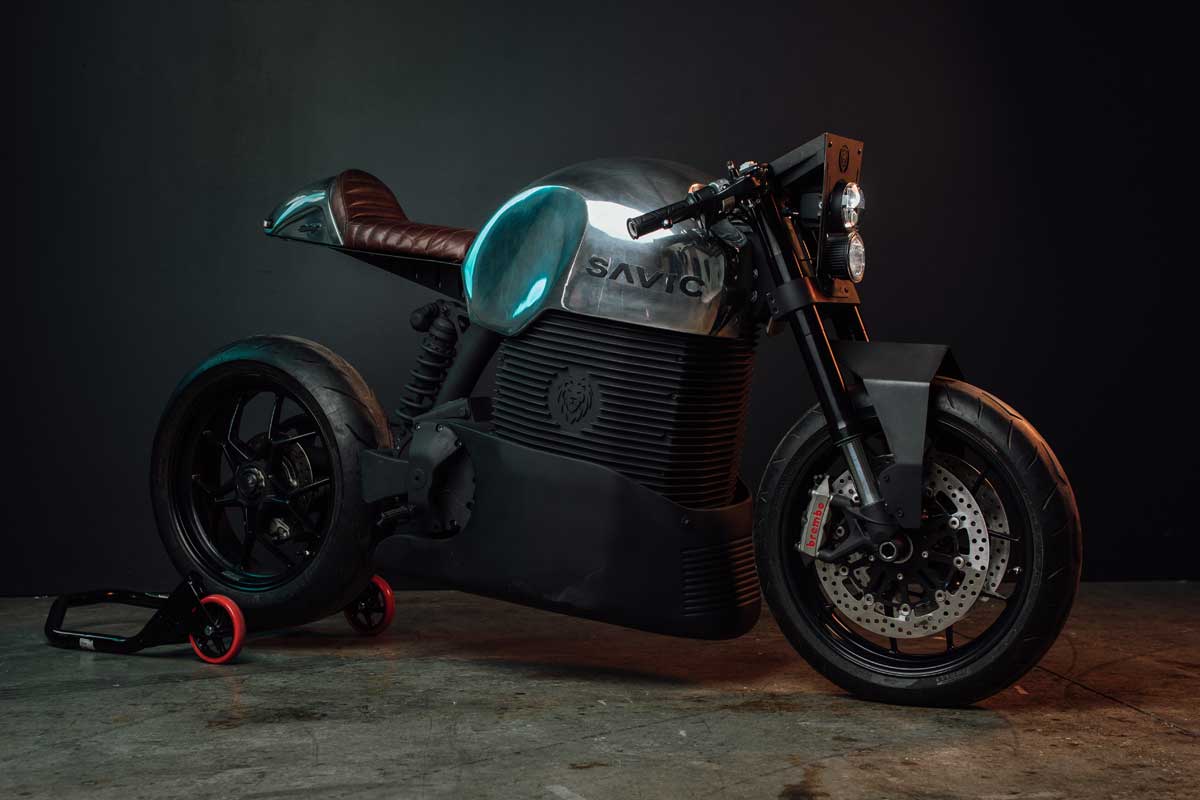 Because there are so many startups now in the business of making – or at least planning to make – electric motorcycles, it’s impossible to know them all. Yet, from time to time, one stands out, like it’s the case with Melbourne-based Savic Motorcycles.

Led by a man who at some point in his career worked for Ford Australia, Dennis Savic, the company set out to create an electric bike even Mad Max would be proud of riding on Fury Road.

Designed as a c-series cafe racer, the bike is officially Australia’s first locally-made electric two-wheeler that should offer decent performance levels for an incredibly affordable price.

Sometime in the near future, there will be three variants of the Savic bike available, namely Omega, Delta and Alpha, each with a differently-sized battery and increasing range: 120, 150 and 200 km, respectively (74, 93, 124 miles). Zero to 80 percent charging time ranges from 2 to four hours.

The electric motor fitted on it, of unspecified power, allows for 0 to 62 mph acceleration of between 3.5 and 5.5 seconds, depending on the version.

Built as all motorcycles in its class for speed and handling, the Savic does not look particularly comfortable, but it does look.. familiar.

The seat for the rider and the part that in conventional bikes is the fuel tank come together to become what looks like half of Thor’s hammer mounted on two wheels.

Just by looking at it, one could say this cafe racer will be prohibitively priced, but it truly isn’t. The Australians plan to sell the entry-level Omega for $12,990, while the top of the range Alpha would retail for $23,990.

There is no word yet on when production is expected to start, but Savic is already accepting submissions from those interested and promises test rides in early 2020. All you have to do is head over to the official website and fill in a few boxes.