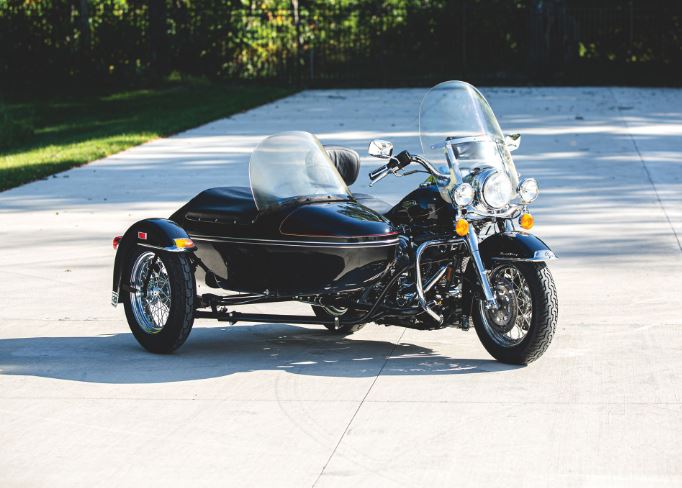 Sidecars have been trusted sidekicks for motorcycles since times immemorial. According to records, they date back to the late 1890s, when supposedly a French army officer came up with the ancestor of the sidecar we know today.

Technically, the need for a sidecar on a motorcycle is a valid one. After all, there are so many people and things you can carry on a two-wheeler, and having extra space is at times essential. This is why, for instance, sidecars were so successful during the years of the second world war.

Yet overall, sidecars are not often seen or used on the streets. That’s probably because people do not buy motorcycles as family vehicles, and they don’t usually go out on one with the wife and kids tagging along.

One of the world’s biggest motorcycle makers, Harley-Davidson, offered way back sidecars as a factory option. Production of such devices was shut down in 2011, making a Harley with sidecar attached a rarer sight still.

The motorcycle we have in the gallery above is a Road King Classic equipped with such a hardware, a combination so rare it deserves to sell for big bucks at auction. At it will try to do that during a RM Sotheby’s event in Indiana in May.

Equipped with an 88 cubic inch V-twin engine and a five speed transmission, the bike sports a sidecar with matching fenders and complete with tonneau and windscreen. Saddlebags and passenger backrest, as well as an optional leather storage pouch are included in the package.

What’s more important is the fact that the bike, despite its age, has been ridden for just 800 miles since new. Despite this, and its rarity, the bike will go under the hammer as part of the Elkhart Collection with no reserve, meaning it will go to the highest bidder regardless of price.