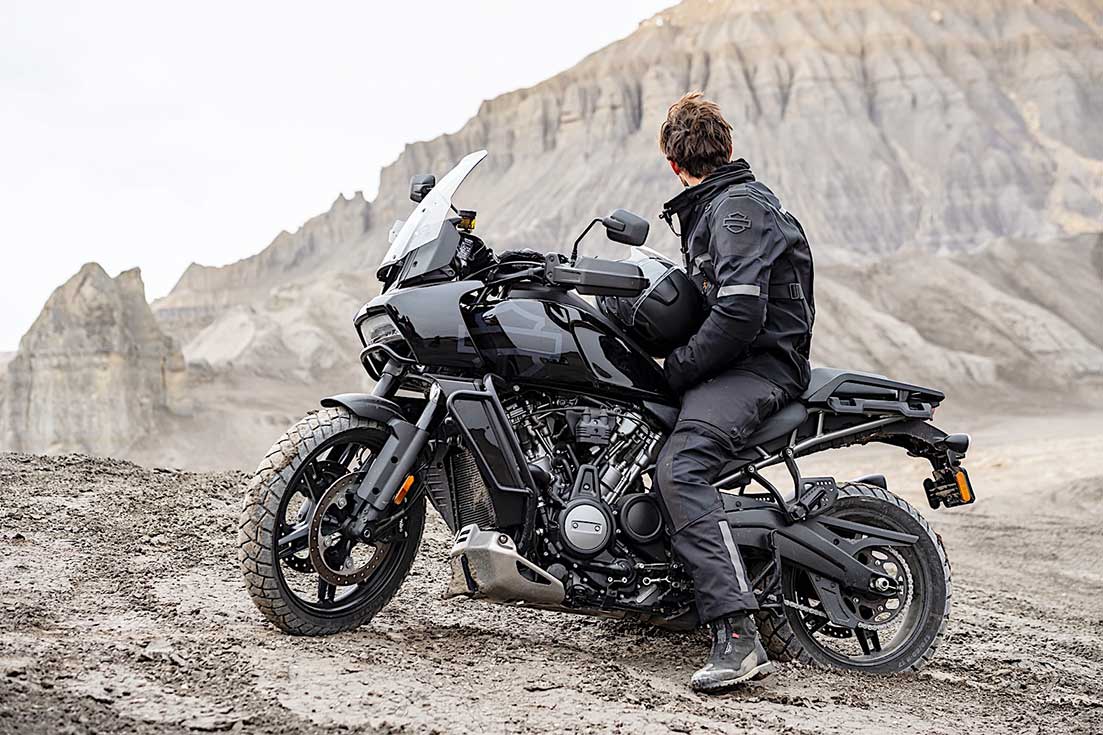 It may be called Pan America, but Harley-Davidson’s biggest gamble in years requires a global reach to work. And we’re not talking from the sales perspective only, but from the partner companies’ point of view as well.

Harley pulled the wraps off Pan America at the beginning of the week and announced it would be supporting the upcoming launch with a long list of home-brewed parts and accessories. It also secured the involvement of foreign companies, who were quick to jump on this new and shiny two-wheeled train.

European apparel specialist REV’IT is one of them, and it will be making gear for Pan America riders, ranging from jackets and pants all the way to gloves and helmets. For all intents and purposes, they complement the other side of the coin, covered by Harley itself with the launch of luggage sets and accessories.

The REV’IT offer comprises two types of jackets and pants and two types of helmets. There are also boots and gloves on the table from the European supplier. Sadly, you will find no reference on pricing yet, as this piece of information was not released.