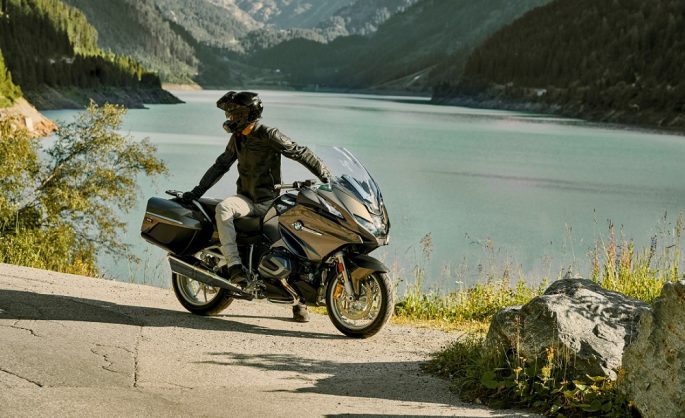 Latest reincarnation of tourer lives up to its RT moniker in every sense of the word.

For decades, BMW Motorrad’s RT moniker has been synonymous in the world of dynamic as well as touring motorcycles. To ensure that this continues, Munich has introduced a number of changes to the R 1250 RT, it says has resulted in “even greater riding pleasure and touring enjoyment at the very highest level”.

As before, the two-cylinder boxer engine continues with its displacement being unchanged at 1 254 cc and output at 100 kW. Equipped with ShiftCam technology though, BMW claims that overall running is smoother and power delivery improved. For the first time, an Eco mode has been added to the Dynamic Traction Control system, with another new addition being the ABS Pro braking system, which has however been adapted specifically for the R 1250 RT.

On the comfort side, an LED headlight with swivel function stars with buyers having the option of upgrading to the full adaptive setup. Also included is a 10.25-inch colour TFT instrument cluster with navigation, smartphone pairing and Bluetooth, plus an upgraded sound system, a new front fairing and three bespoke variants; Elegance, Sport and Option 719. The upgraded R 1250 RT will be available in South Africa from the second quarter of next year.