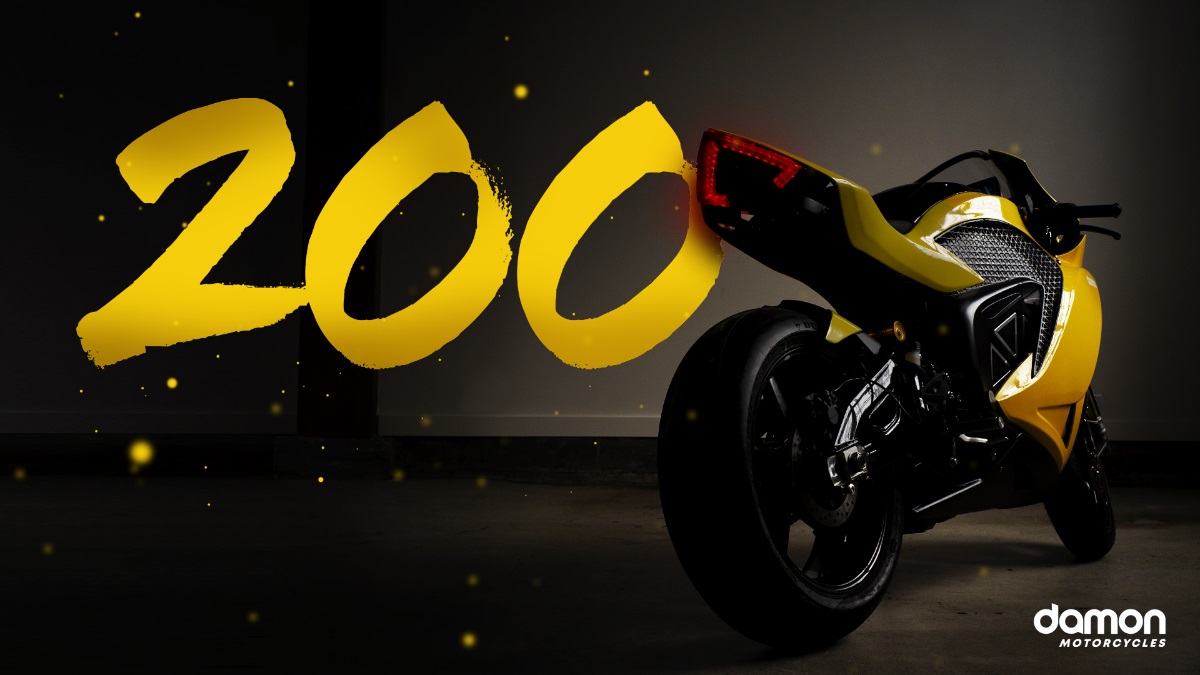 They say that every company has a magic number.

“Seven friends in ten days.” – It was Facebook’s sole focus in its growth from zero to one billion users.

Even though we are making motorcycles, we have identified our own magic number. And we think this number will turn the incumbent motorcycle industry on its head.

Can you guess what this means?

WAIT, what about specs and price?
And when can I get one?

We know you’re all very excited and can’t wait to get specs and pricing. We’ll be live-streaming our first ever public unveil live from the show floor in Las Vegas at CES 2020. So get in on the action via our social media channels and stay tuned for more information via email.

About Damon Motors Inc.
Damon is unleashing the full potential of personal mobility for the world’s commuters. With its proprietary electric drivetrain, the company has developed the world’s safest, smartest, fully connected electric motorcycle employing sensor fusion, robotics and AI. Designed as a platform for worldwide line extension, Damon motorcycles will ship direct to consumer on subscription plans to drive scale. 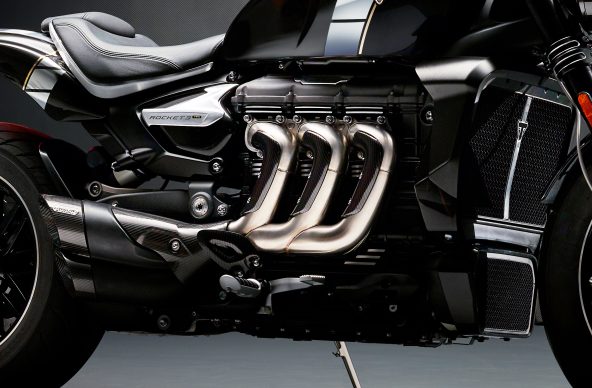 Earlier this year UK’s largest motorcycle manufacturer, Triumph, introduced and nearly instantly sold the entire batch of Rocket 3 TFC bikes, fitted with the largest engine available on the market. Those who missed out on that model can now go for the other, lesser variants of this monstrous Triumphs.

In the last week of October, the bike maker dumped all the info on the pricing for the Rocket 3 lineup in the United States and Canada. Two models are on the list, namely the Rocket 3 R and Rocket 3 GT.

Both bikes are powered by the range’s brand new 2,500 cc triple engine that delivers an 11 percent increase in power over the previous generation, which translates into 165 hp and 163 lb-ft of torque.

The numbers above are a tad lower than the output of the same engine fitted on the TFC variant. On that bike, the output was rated at 180 hp at 7,000 rpm and 166 lb-ft of torque at 4,000 rpm, making the model the most powerful production Triumph ever made.

The main difference between the two bikes announced last week is the use there are meant for. The R is the “ultimate muscle roadster,” placing all the power of the engine under the control of the rider right from the start, while the GT is a tad softer and more touring-oriented.

Full details and specifications on both bikes can be found in their press release.