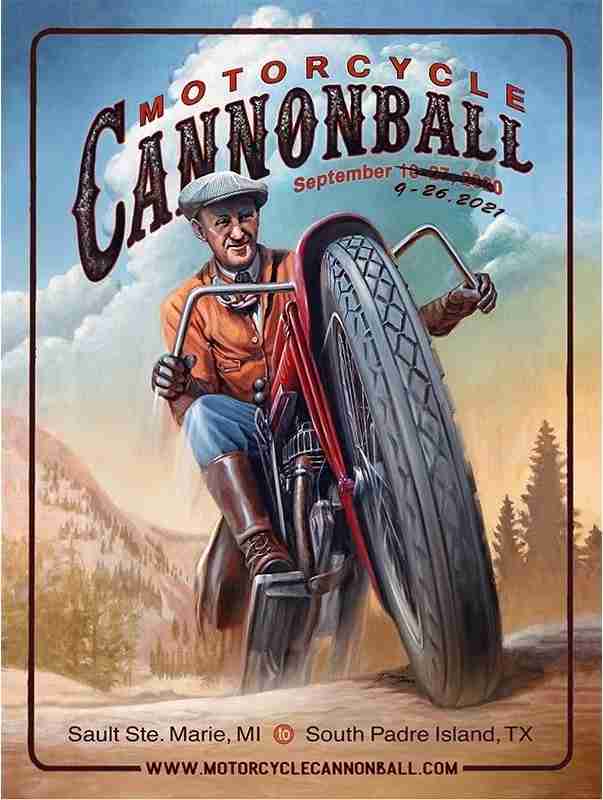 by Gaige Davila from https://www.sbnewspaper.com

The 10th annual Motorcycle Cannonball Run ended on South Padre Island this past weekend, with nearly a hundred riders cruising their 100-year-old machines through the Queen Isabella Causeway to victory.

Starting in Sault Sainte Marie, Michigan, on the Canadian border, 88 riders, some dressed in early 1900s garb, departed to Texas in a 17-day, 3,389-mile journey, all on motorcycles made in 1929 or earlier.

The group made two stops in the Rio Grande Valley before cruising to SPI: San Benito, at Mad Boar Harley-Davidson, and McAllen, at Desperado Harley-Davison, in their last 99-mile leg of the run.

Dave Currier, #64, from Fargo, North Dakota, was the first to arrive, on his 1911 Harley-Davidson 7A. His first place finish is impressive: the Harley-Davidson 7A is a single-belt drive, four horsepower machine, closer to a bicycle than a motorcycle.

“I think this has been the toughest ride of my life,” Currier said on Motorcycle Cannonball’s live stream of the finish line. “We’ve been through torrential rains, all kinds of wind, difficulties, (but) the bike ran superb.”

Check Out the Details and Final Scores at https://motorcyclecannonball.com/