Pahrump Valley Speedway back on the market for sale 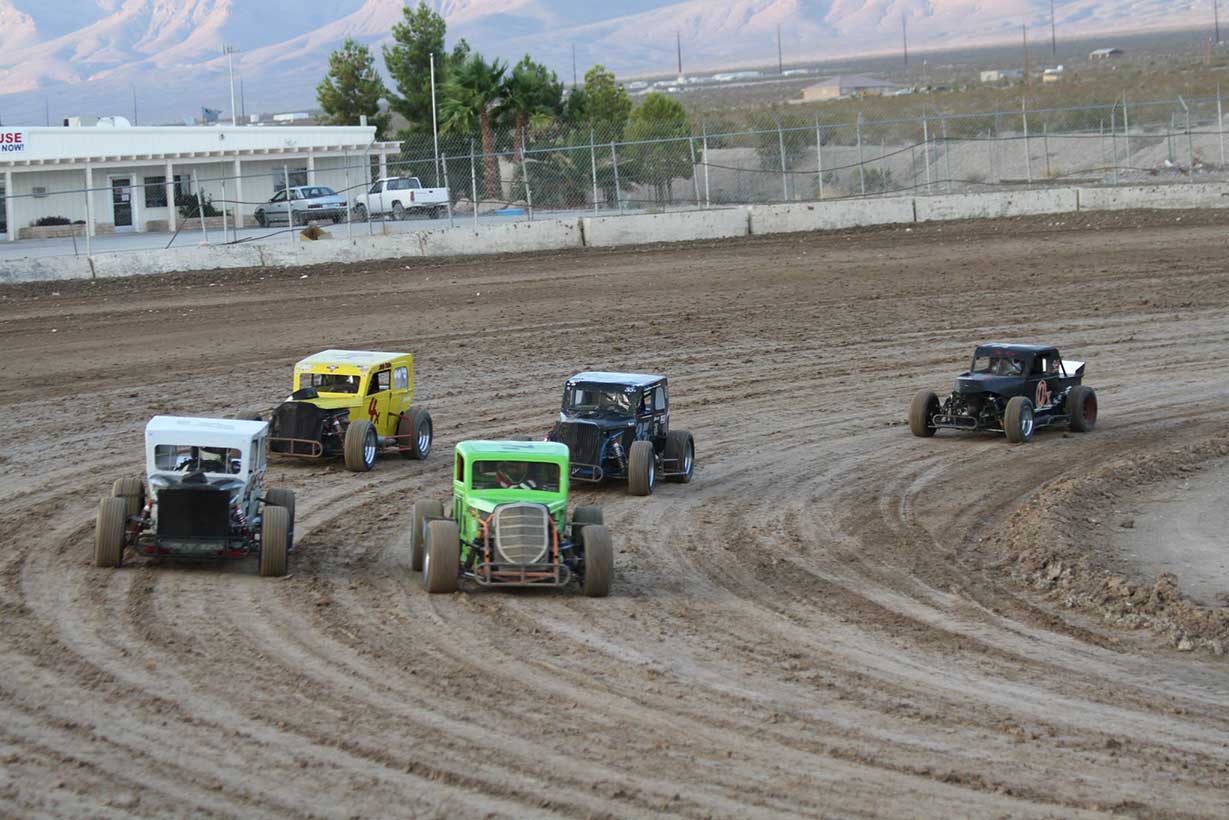 Pahrump Valley Speedway is for sale. Again. But don’t expect any imminent news on that front.

“The 12 years that I’ve had it, the racetrack has been for sale for eight of those years,” owner Chad Broadhead said. “It’s just that real estate is getting up there, and I’m trying to figure out what to do for my retirement. I’m getting up there in age, my health isn’t that good, so I put it up and hopefully in the next couple of years someone will come up and buy it.”

Broadhead’s pride in the racetrack is not diminished, but he does not have the resources to make the most of the place.

“It’s been good for me,” he said. “I’ve done the best I could with what money we’ve had to put into it. I’m hoping some investor will buy it and bring concerts in here, bring in motorcycles, bring in monster trucks. I also hope someone can finish the idea of putting a drive-in movie theater for weeks off of racing.”

Broadhead noted that the track is dark most of the year, and making the improvements needed to bring in more events could make the place far more lucrative.

“There are 365 days a year, we’re open 21, and people think we’re making millions, and we’re not,” he said. “I love this racetrack to death. This racetrack means a lot to me. I’m hoping we can find someone to come in and finish developing it and make it what it can be.”

Broadhead said he has no desire to lease the track, and selling it would allow him, eventually, to retire. He also wants to sell it now so his wife would not have to deal with that after he’s gone.

But he would stick around for at least a little while after any sale.

“I would have to for the first year until they get the hang of it,” he said. “It’s not something you can just walk in, take over and think you can run it.”

Broadhead has been in Pahrump for more than 20 years and is proud of the fact the speedway is among the oldest operating businesses in town.

“I don’t want to see the place close down,” he said. “The way property’s selling right now, some investor might come in, buy it and just sit on it for 10 years.”

As long as that buyer keeps the cars during those 10 years, Broadhead would be fine with that.