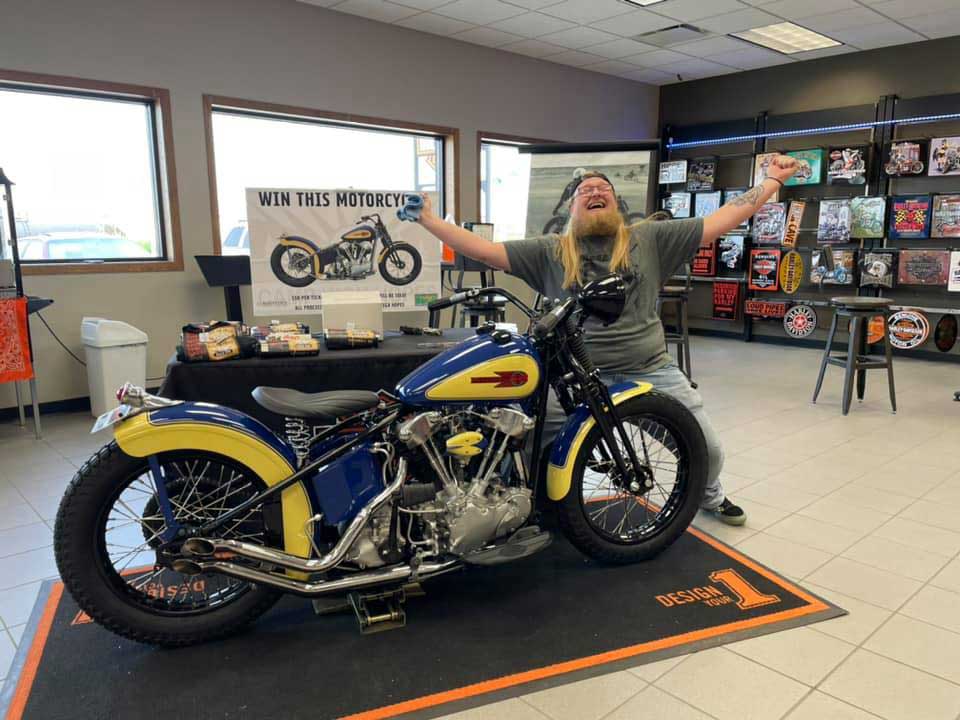 by Dillon Adams from https://www.siouxlandproud.com

SIOUX CITY, Iowa (KCAU) — The 81st Sturgis Motorcycle Rally kicks off Friday in the Black Hills of South Dakota but before then, Rooster’s Harley-Davidson is hoping to raise money from bikers to help a local nonprofit.

The bike isn’t any regular Harley-Davidson though. The Harley is known as the knucklehead collaborative build and is being raffled off for $50 a ticket.

All proceeds from the raffle will benefit Sioux City’s Camp High Hopes.

The fully custom bike was designed after a public vote.

“We did like a people’s choice. We voted online, voted in store, we had giveaways, so the people kind of helped us put this bike together. We voted on seats, handlebars, taillights, the paint color, pretty much every nut and bolt got touched by everybody but us,” said Riley Jasa, of Rooster’s H-D.

The bike was completed earlier this week. Tickets can be purchased at Rooster’s or at Camp High Hopes, as well as their Facebook pages.

The winner will be drawn at the annual Miles for Smiles poker run on September 11.

Tickets are still available for purchase! These tickets give you a chance to win this knucklehead and all proceeds go to benefit Camp High Hopes in Sioux City!