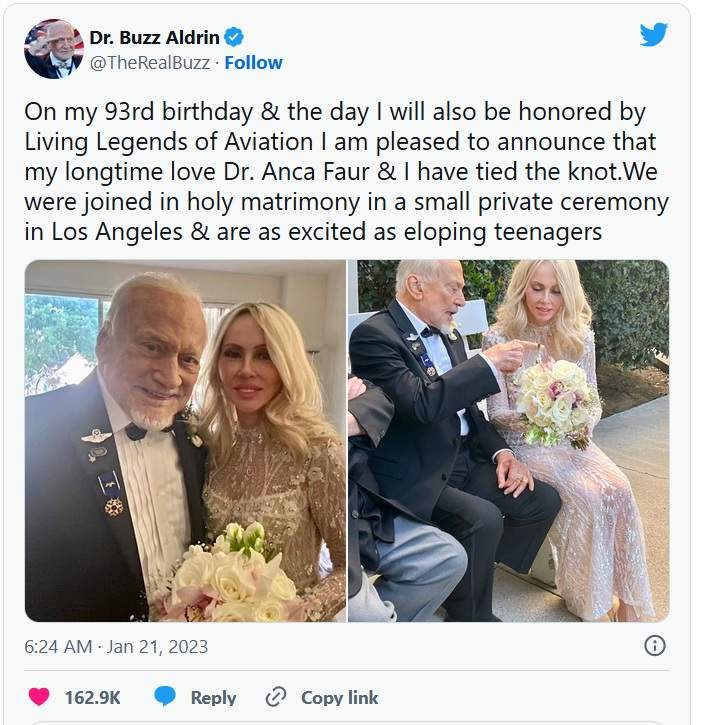 Former American astronaut Buzz Aldrin got married to his longtime partner on his 93rd birthday. Buzz Aldrin, the second man to walk on the moon, is the only surviving member of the Apollo 11’s three-member crew that made up the historic moon landing mission of 1969.

Aldrin, who turned 93 on January 20, announced his marriage in a post on social media. He said that he and his “longtime love” Dr Anca Faur had tied the knot in a small ceremony in Los Angeles.

“On my 93rd birthday & the day I will also be honored by Living Legends of Aviation I am pleased to announce that my longtime love Dr. Anca Faur & I have tied the knot,” he said. “We were joined in holy matrimony in a small private ceremony in Los Angeles & are as excited as eloping teenagers.”

This is Aldrin’s fourth marriage. His wife, Dr Anca Faur, 63, serves as the Executive Vice President of Buzz Aldrin Ventures, according to the Daily Mail.

Buzz Aldrin was part of the historic moon landing of 1969 aboard Apollo 11. The jacket he wore while walking on the moon with fellow astronaut Neil Armstrong was auctioned for $2.7 million last year. 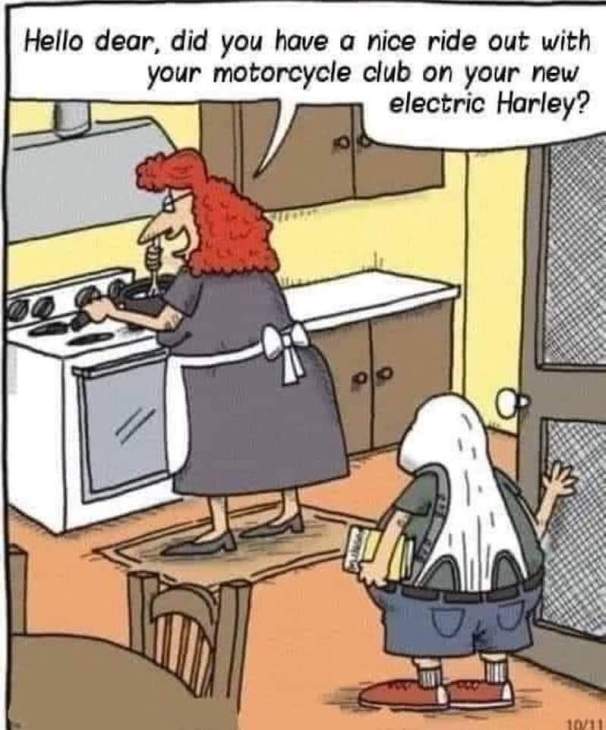 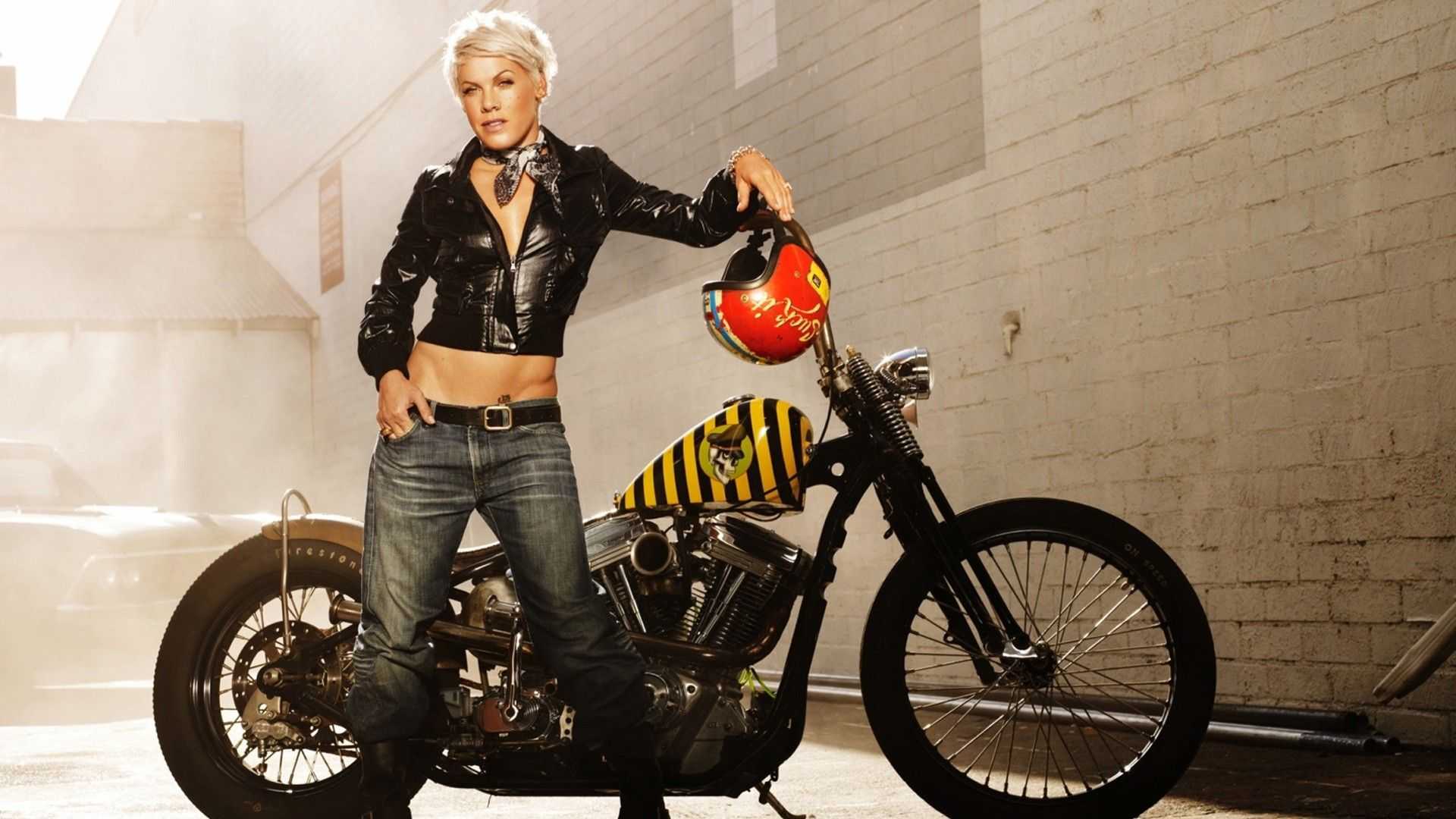 Pink and Carey Hart celebrated 14 years of marriage with a motorcycle ride in Ojai, California.

Pink and Carey Hart marked their 14th anniversary with a motorcycle ride.

The loved up couple – who married on January 7, 2006 – wanted a low-key celebration to mark the occasion, and they decided to hit the road in California earlier this month to enjoy a trip together.

She told ‘Entertainment Tonight’: We went on a motorcycle ride. We went to Ojai and stayed in an Airstream and it was really fun.”

The pair – who share daughter Willow, eight, and son Jameson, three, together – are grateful for each other and the family they’re raising.

Pink added: ”I mean, it’s fun to have a family and to be able to say, ‘Do you remember?’ or I’ll say something like, ‘I can’t believe my dad said that.’

The two lovebirds both shared romantic posts on Instagram last week to mark their anniversary, with Pink admitting their relationship ”isn’t perfect” but still showering her man with praise.

She wrote: ”We’ve been at this thing a long time, babe. It isn’t perfect, but I’m grateful it’s ours.

”I love our family. Thank you for walking in front of me, beside me, and right behind me at times.”

And Carey described his wife as his ”best friend”, while admitting she doesn’t like it when he says that.

He said: ”14 years married to this amazing woman. I’m so proud of the life that we have built together.

”Both of us came from broken homes, yet we made the choice to work hard at our relationship. And look at us now!

”Two misfits when we met, we have grown together and now have an amazing family. Thank you for being my best friend (I know you don’t like that), and amazing mother to our wild kids. I love you so much.”