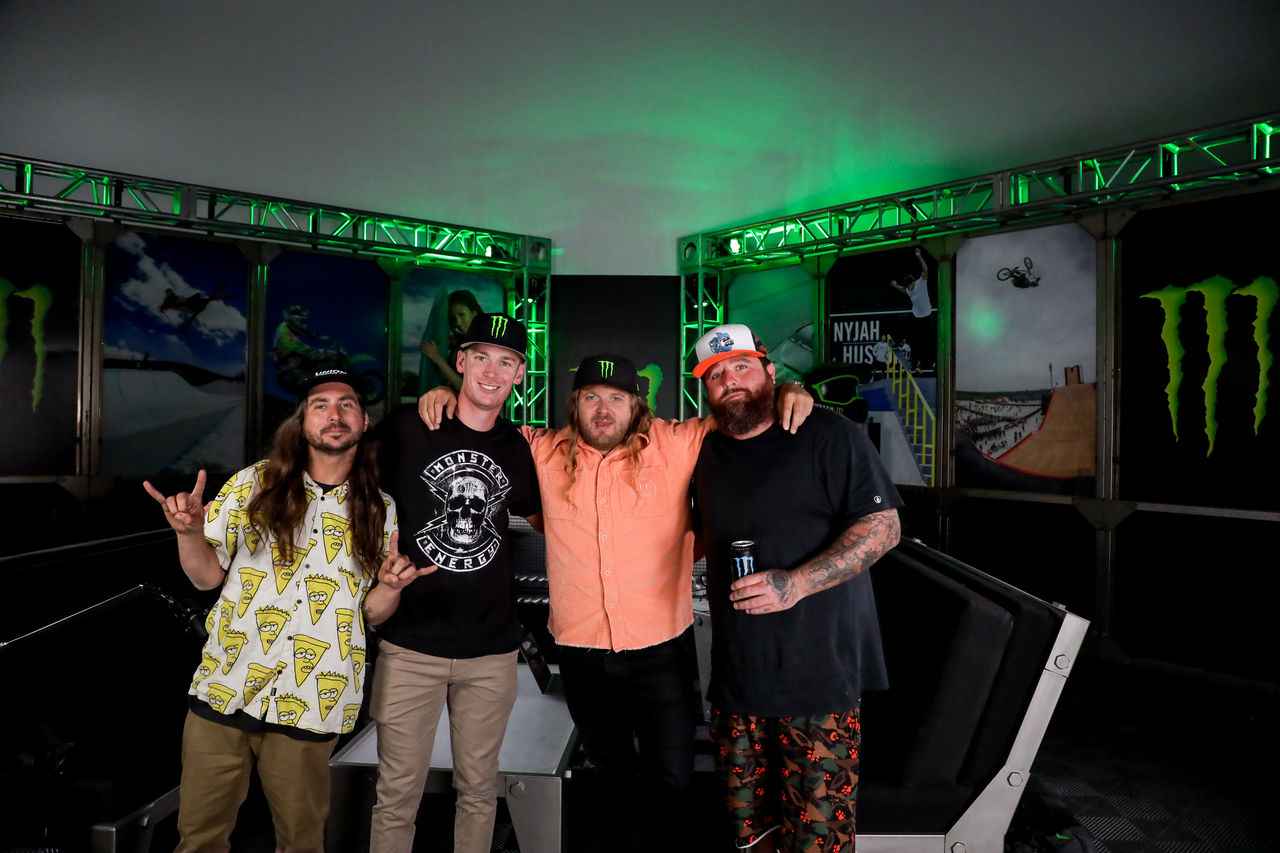 CORONA, California – January 10, 2022 – Kicking off the 2022 Supercross season with a special treat! Monster Energy is proud to host 2019 Lucas Oil Pro Motocross Series Champion and dirt bike racing prodigy Adam Cianciarulo on Episode 22 of the sports and pop culture podcast UNLEASHED with The Dingo and Danny.

“I’m glad that I’ve reached this point that I’m able to go out there on Saturday nights and live my dream. Sports are always going to be up or down with results or injuries. But at the end of the day, there is nothing in my life that I would rather be doing. It has been a crazy journey,” said Monster Energy’s Cianciarulo on the new edition of the UNLEASHED podcast.

Fans can now get the inside story of Cianciarulo’s pro motocross journey in this latest episode of UNLEASHED. Released today, the new podcast starring Adam Cianciarulo and special guest interviewer “Dirt Shark” Ash Hodges is streaming on all major platforms, including Spotify, iTunes, and YouTube.

Cianciarulo has been riding dirt bikes for as long as he can remember. He started on his first minibike at age 3 and began racing one year later. His natural talent earned the native Floridian eleven AMA Amateur Motocross National Championships – still an unsurpassed record! As a pro, the Team Monster Energy Kawasaki rider kept collecting trophies, including the 2019 Lucas Oil Pro Motocross Series Championship and the coveted AMA Pro Motocross Rookie of the Year award.

Raised in Port Orange near Daytona Beach, Florida, Cianciarulo was born with a need for speed. “My whole existence is really around dirt bikes. I got a bike when I was three years old and just started shredding around on it. I started racing locally when I was four and was pretty naturally gifted at it right away. So my parents were always super supportive and did everything to help me,” he said on the episode.

Soon enough, Cianciarulo’s natural talent allowed him to dominate far beyond local races and attract sponsors at a young age. “It kind of snowballed and became my life, I guess,” said Cianciarulo, who decided to pursue a career as a professional early on. “At age ten, I knew that’s all I wanted to do. I kind of understood the gravity as I get older. But in the moment, I just wanted to win! I just had that drive for it.”

In an unparalleled reign as an amateur racer, Cianciarulo became the winningest minibike rider in amateur motocross history. He clinched eleven AMA Amateur National Championships at Loretta Lynn, considered the Super Bowl of amateur motocross racing. But he always had his eyes set on fulfilling his lifelong dream of turning pro: “Any accomplishment in amateur racing was always about, how can I be a good pro? I wasn’t counting championships or counting checks. I was always like, how can I be one of those guys racing Supercross every Saturday night? I was just so focused on the process that success came naturally.”

In 2013, Cianciarulo turned pro for Monster Energy/Pro Circuit/Kawasaki and soon became a force to be reckoned with in the 250 division. After years of battling for the top spot and a heated rivalry with Frenchman Dylan Ferrandis, he finally earned the national AMA championship in 2019. “I just have this desire to win dirt bike races. There is just something about me that I’m obsessed with it. I enjoy that feeling. I wake up every day, how the hell am I going to win?”

Since joining the 450 division in 2020, Cianciarulo has overcome injuries and worked tirelessly to perfect his racing skills. Speaking on the ultra-competitive league, he said on UNLEASHED: “The one thing about the 450 class is that the top fifteen guys have all won championships on 250s. So your margin for error is just so small. The races are a little bit longer, the tracks are rougher. All the little things you don’t do well show ten times more!”

Heading into the 2022 season alongside teammate Jason Anderson, the prodigy is laser-focused on perfecting his skillset through daily training. “I figured out along the way that the joy is in the doing. To fall in love with the process of what you’re doing every day. And the results will come.” Asked what he most looks forward to in the 2022 Monster Energy Supercross season, Cianciarulo replied: “Winning!”

But better hear the full story yourself! Head over to the landing page to access Episode 22 of the UNLEASHED with The Dingo and Danny Podcast featuring Monster Energy Kawasaki rider Adam Cianciarulo.

About Monster Energy
Based in Corona, California, Monster Energy is the leading marketer of energy drinks and alternative beverages. Refusing to acknowledge the traditional, Monster Energy supports the scene and sport. Whether motocross, off-road, NASCAR, MMA, BMX, surf, snowboard, ski, skateboard, or the rock and roll lifestyle, Monster Energy is a brand that believes in authenticity and the core of what its sports, athletes and musicians represent. More than a drink, it’s the way of life lived by athletes, sports, bands, believers and fans. See more about Monster Energy including all of its drinks at www.monsterenergy.com.