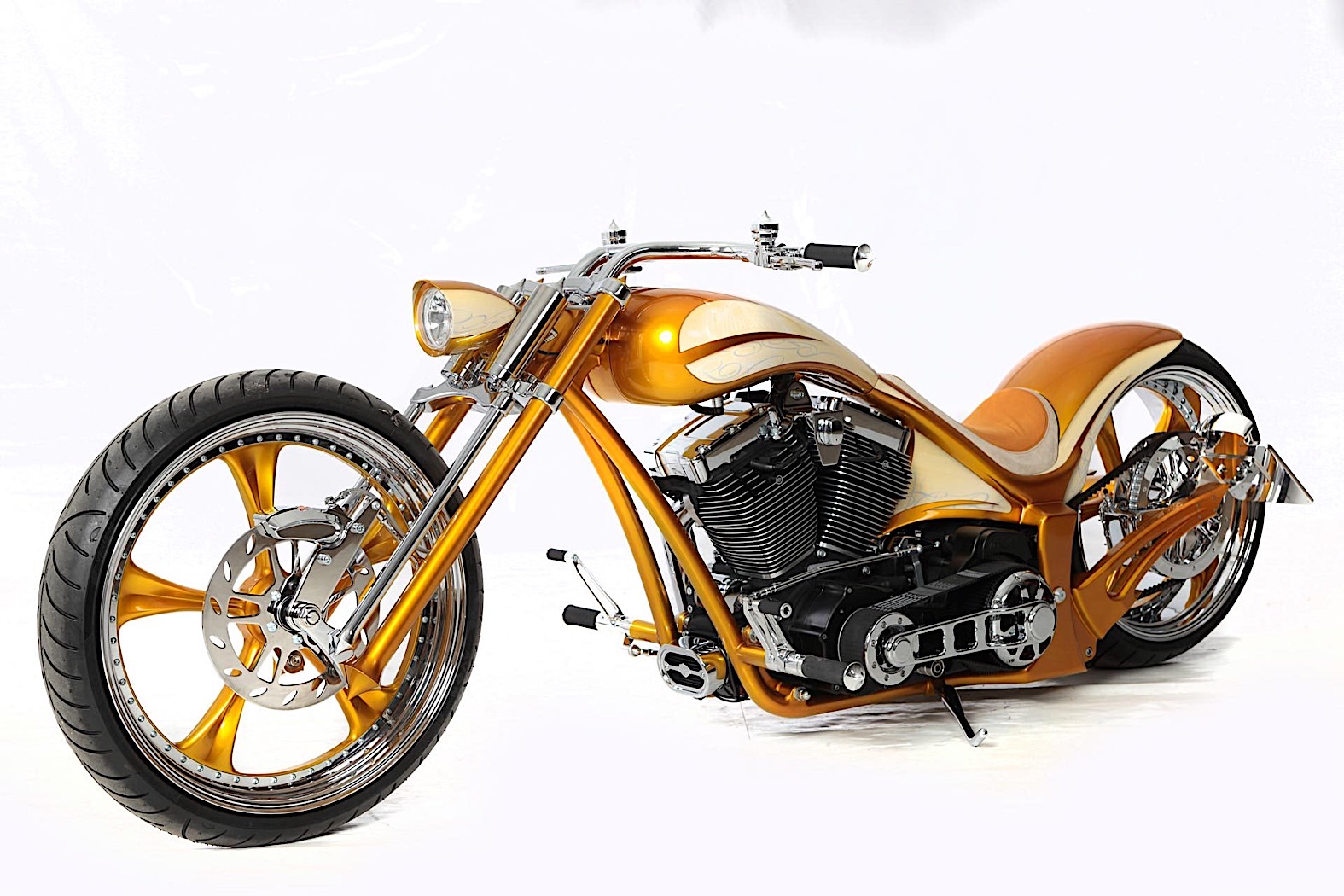 We’re not sure what is it about gold that makes it look so tacky on cars and motorcycles, but it is what it is: although there are some trying to make gold give a noble look to their rides, all they manage to do is make them look completely and uselessly bling.

In the world of motorcycles, the Yamaha-based Nehmesis is the perfect example of bling builds. Completed some years ago, the extreme machine would have looked perhaps even greater had any other colors than gold and red velvet would have been chosen for it.

Of course, what’s poor taste for some is worth every penny for others. Despite its shortcomings, the Nehmesis is worth around $3 million, making it one of the most expensive in the world and by extension justifying the choice of hue.

A lot cheaper, but equally disturbing to look at, is this Golden Lowrider we have here. Created by German custom shop Thunderbike by pairing a custom frame and tons of custom parts with a Harley-Davidson engine, the two-wheeler goes against everything the garage is usually about.

Used to being treated with incredible builds wrapped in colors that only enhance the visual look and at times even mean something – courtesy of the shop’s usual partner in this field, Kruse Design – we kind of find this one a disappointment.

Sure, the overall shapes and the mechanics that went into it are of the usual German quality, but those are completely outshined by the gold that wraps around everything with the exception of the engine, exhaust, and some other minor elements.

The Golden Lowrider was made by the Germans some time ago, and as usual we’re not being told how much it cost. We also have no idea where the motorcycle is roaming at the moment, but perhaps that’s for the best.

We’re completely aware that some of you might find this pleasing to the eye, and that’s ok. But we still can’t shake the feeling that some other choice of color would have probably made this custom bike a lot more fiercer.